Under the proposed U.S. Citizenship Act of 2021, Dreamers, farmworkers and TPS holders would be eligible for green cards. 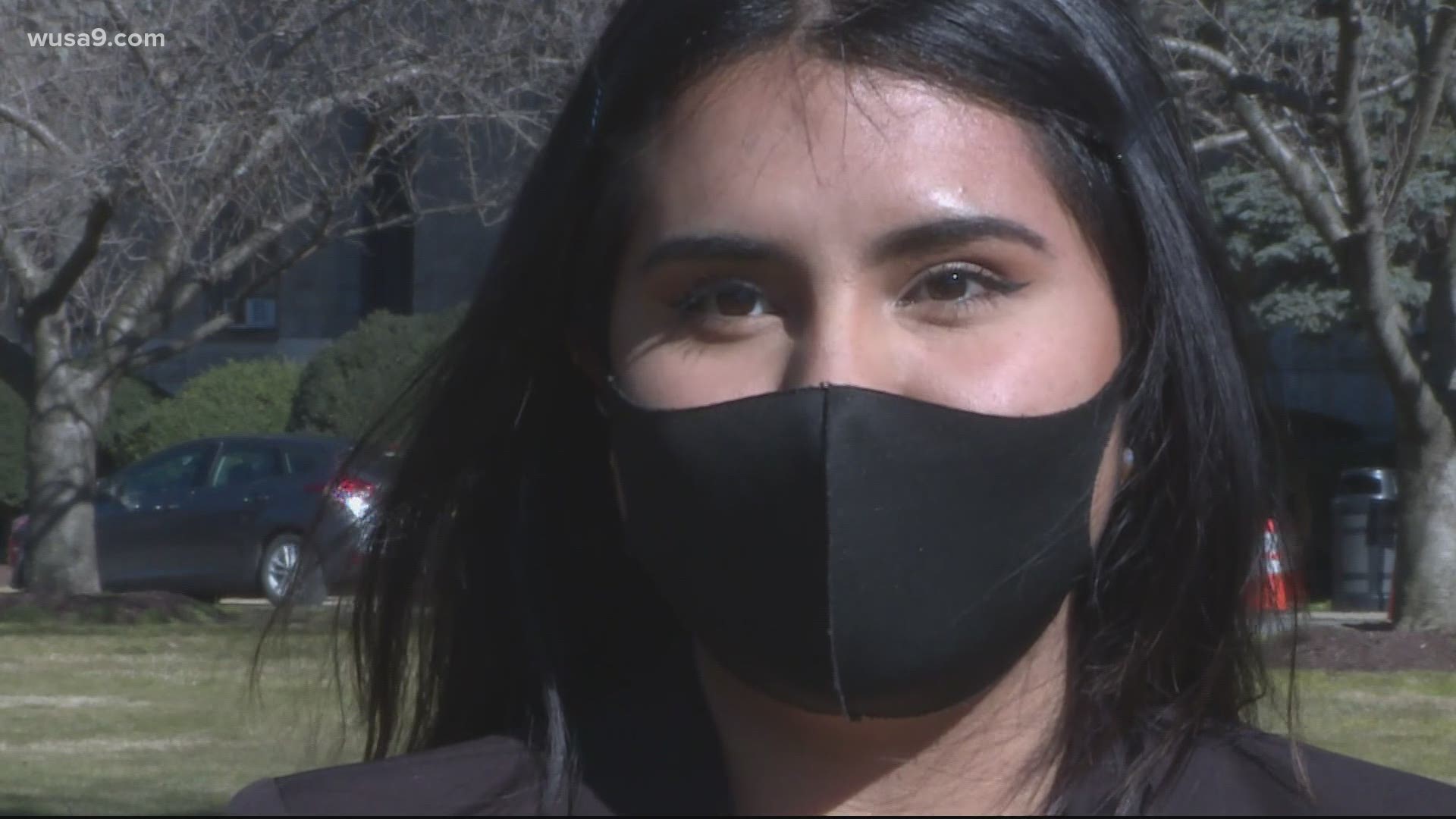 WASHINGTON — With an uphill climb to pass a comprehensive immigration reform bill in a tightly divided Congress, millions of immigrants remain hopeful there will be a permanent change. Congressional Democrats unveiled the U.S. Citizenship Act of 2021 last week to offer a path to citizenship to undocumented immigrants.

The bill, which is backed by the Biden administration, would automatically make green cards eligible for farmworkers, Temporary Protected Status (TPS) holders and undocumented immigrants who were brought to the country as children, otherwise known as "Dreamers" or DACA recipients. They could then apply for citizenship after three years.

"It's very encouraging to know our stories matter, our lives matter here and there's work being done to create that pathway to citizenship," Trinity Washington University graduate Ewaoluwa Ogundana said.

Ogundana qualified for DACA in 2015 after arriving to the country with her family when she was just four years old. She said they were able to come under a visitor's visa and overstayed since there were better opportunities for everyone. The program avoided deportation for mostly young adults through renewable work permits.

She has since graduated in December and is currently working as a government relations assistant at a lobbying and consulting firm.

Under the proposed legislation, the process would take eight years for most other undocumented immigrants if they entered the country before Jan. 1, pass a background check and pay taxes. It would also change the language in immigration laws from "alien" to "non-citizen."

"My father is extremely happy," Ogundana said. "It's exciting to see him with some sort of relief that something can come out of this."

The District is home to 600 DACA recipients as of March 2020, according to American Immigration Council. The organization stated DACA eligibility has been granted to 738 people in total since 2012, and as of 2019, close to 30% of immigrations eligible for DACA had applied for the program.

Recent data from the Center for American Progress showed there are 9,700 Dreamers in Virginia and 8,100 in Maryland.

Trinity partners with TheDream.Us to provide scholarships to Dreamers and currently has more than 125 students in the program enrolled, about 10% of undergraduate enrollment.

In early February, Trinity President Pat McGuire joined more than 500 college and university presidents to support the bipartisan introduction of the Dream Act of 2021 in the U.S. Senate. The President's Alliance on Higher Education and Immigration said it's “a first step for Congress to, at long last, establish a robust, fair, and accessible roadmap to citizenship for long-time immigrants who consider this country the only home they’ve ever known. Permanent status is absolutely critical for us to fully use our undergraduate and graduate degrees in our chosen career fields and to open up an abundance of additional career opportunities.”

In reality, public and private universities and colleges have been fighting to protect DACA students for several years, which included a letter sent to Congress in late 2019 urging leaders to pass a permanent solution. Among the 600 schools that signed the letter by American Council on Education were several big and smaller colleges in D.C., Maryland and Virginia, such as Georgetown University, University of Maryland and University of Virginia.

Theresa Cardinal Brown of the Bipartisan Policy Center told WUSA9 that the bill will have to go through several hoops.

“I think now we just kind of, ‘wait and see,’ if you will, what the congressional sausage-making looks,” Cardinal Brown said. “Is there a deal to be had, that Republicans could be on board with? And what does that look like?”

Despite Democrats having the majority in the House, Senate rules indicated at least 10 Republicans would need to support the plan and would likely urge for a specific focus and border enforcement. There are concerns the bill would inspire more migrants to cross the border illegally.

Top leaders and administration officials say the best steps moving forward may have to pass one bill or split it into multiple measures for Congress instead of all at once.

If the U.S. Citizenship Act of 2021 moves forward, it would reverse strict policies from the Trump administration, which argued ending the DACA program first enacted by President Barack Obama in 2020, but the U.S. Supreme Court decided to uphold it with a 5-4 vote.

RELATED: Biden administration to allow 25,000 asylum-seekers into US