"When someone in government tries to take the initiative to tell us, to tell the public, that we aren't who we say we are, that's dangerous and it does get people killed," said Virginia Delegate Danica Roem, the only transgender state lawmaker in the nation. 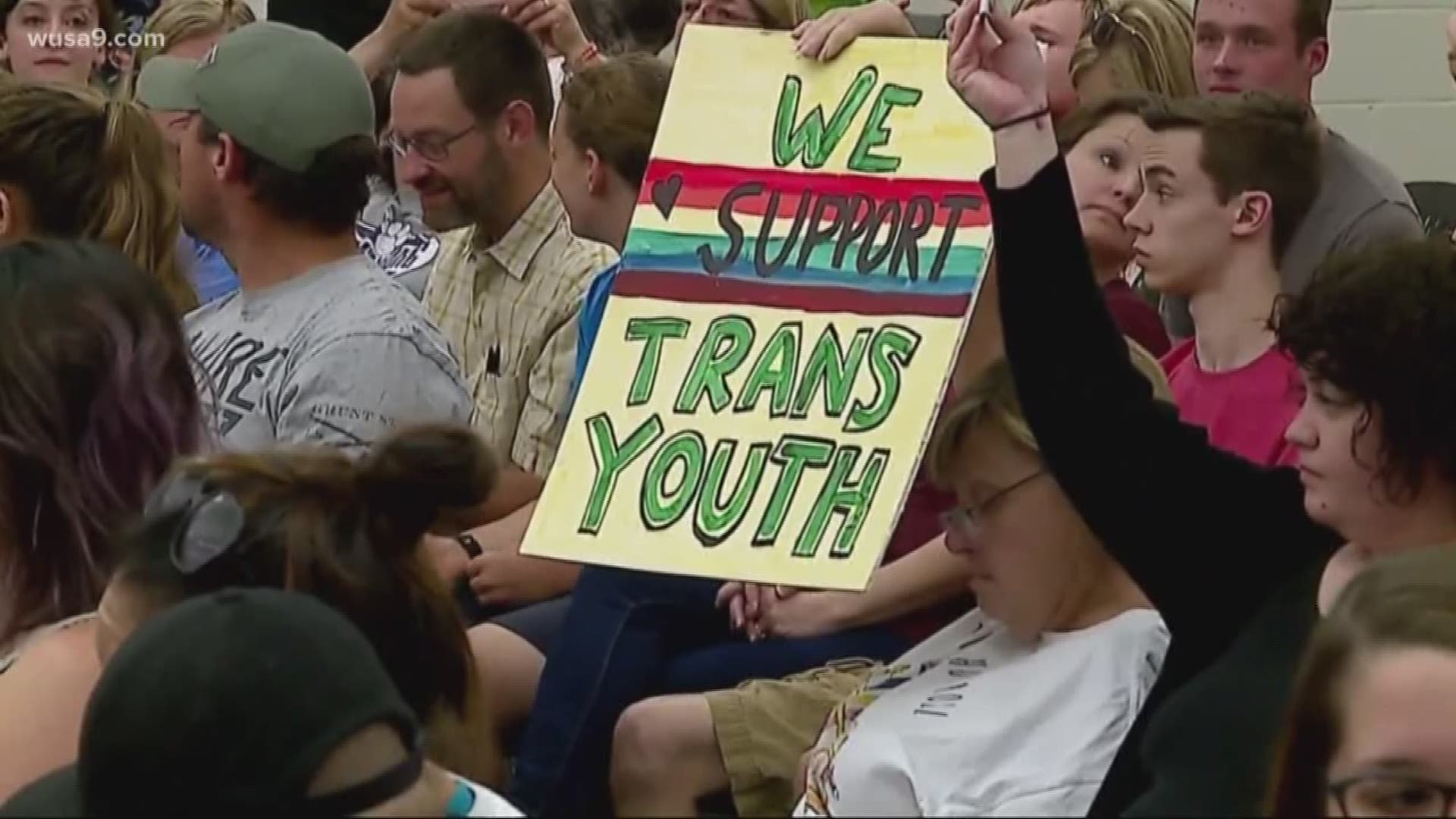 Should the government decide whether you’re male or female? The Trump administration may be looking into doing just that.

This week, a memo leaked from the White House enraged supporters of transgender people.

Virginia Delegate Danica Roem of Virginia, one of nation’s few transgender politicians, is speaking out against the proposal.

“There’s a lot of different things happening with respect to transgender and we’re looking at it very seriously," said President Trump on Monday after departing Air Force One.

“When someone in government tries to take the initiative to tell us, to tell the public, that we aren’t who we say we are, that’s dangerous and it does get people killed," said former journalist Danica Roem who covered the murders of two transgender women.

Now, she’s Virginia’s first transgender lawmaker, and the only transgender state lawmaker in the nation, according to the New York Times.

Roem would rather talk about traffic congestion solutions then her gender, but she is speaking out against a possible plan that would define “a person as male or female based on biological traits identifiable at or before birth" as the language states in the leaded draft memo.

Roem was born male, but said she knew at ten years old, that she’s a girl.

“You know sex tends to refer to the anatomy you were born with and at the same time gender is your heart and soul, who you understand yourself to be," said Roem.

The change would wipe out Obama-era protections against discrimination of transgender people. Roem referred to the treatment of a transgender Stafford County middle school girl during a recent lockdown drill.

“This poor girl was left by herself in these bleachers, not out maliciousness, but because they didn’t have policies in place to tell them to treat her like the girl who she is," said Roem.

To fight against a policy change, she encourages her supporters to vote on November 6th.

“I tell my constituents that no matter what you look like, where you come from, how you worship if you do, or who you love, that if you’ve got good ideas, and you’re well qualified, then bring your ideas to the table because this is your America and its time for you to run it.”

Early in his administration, President Trump reversed Obama-era policies requiring public schools to allow children to use restrooms corresponding to their gender identity.