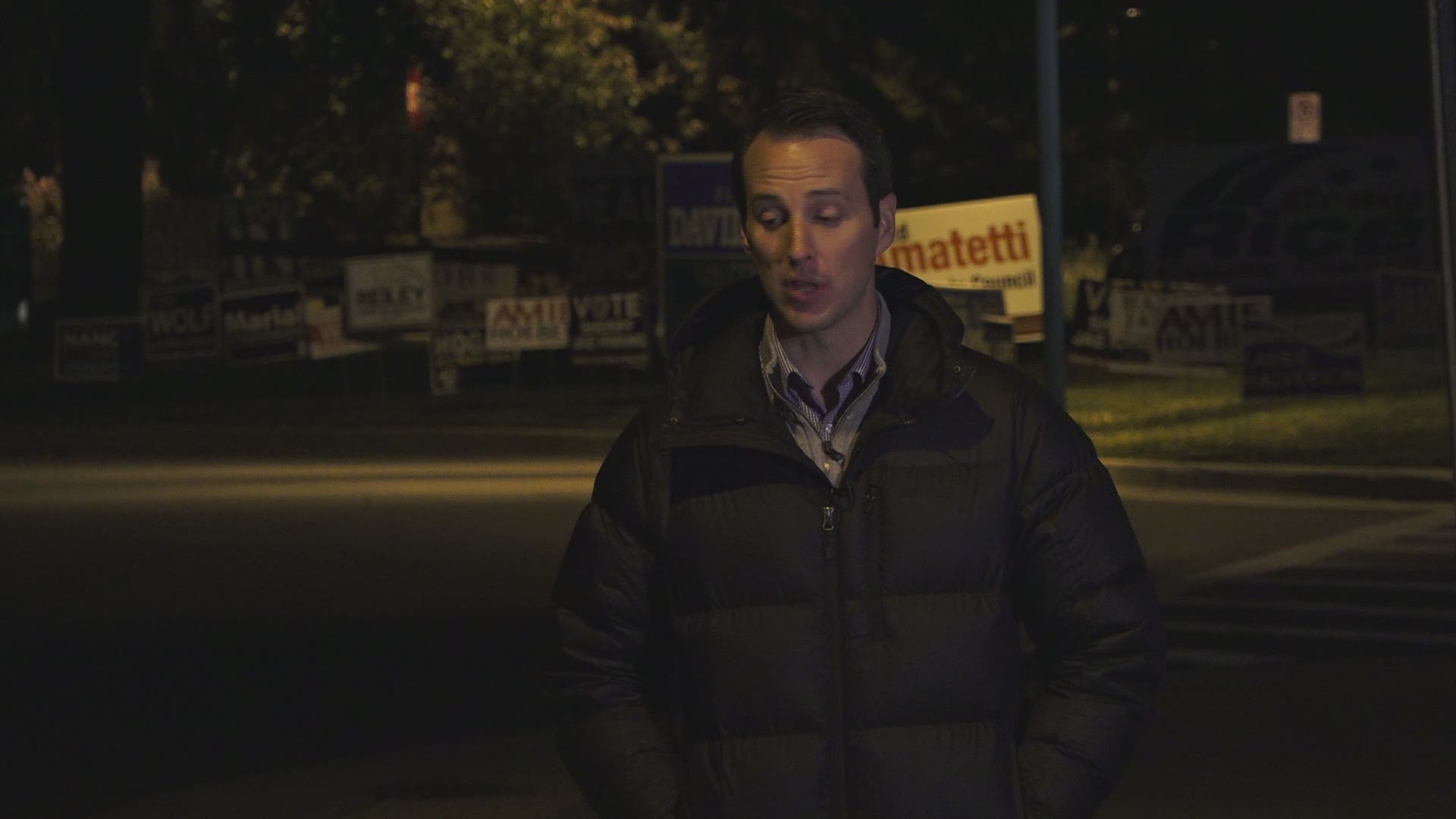 Montgomery County Board of Elections Outreach Coordinator Gilberto Zelaya said they prepared for a presidential election-level turnout. Some locations in Montgomery County have had lines up to 90 minutes long.

"Obviously, first day and last day of early voting there is a a lot of hype around it. So, we are here trying to mitigate it. We are going to have more equipment in were staff over the weekend," Zelaya said. "We always tell voters keep in consideration people wait in longer lines for Black Friday. So, this is democracy in action. This is part of the process."

Here's a list of early voting sites across Maryland. You don't need to vote in your specific precinct, only your county. pic.twitter.com/Bww7b854xT

Zelaya said elections officials needed to bring in an extra ballot scanner to accommodate the number of voters.

"Unfortunately, I don't think they planned for the number of people because they only had two scanners, but nobody complained," early voter Kathy Manning said. "To walk into a place like this and see so many people, it just--it warms my heart. What can I say?"

"(I waited in line) an hour and fifteen minutes Coming from work and I'm exhausted. But, it was well worth it. Of course, all the citizens are talking and sharing stories and enjoying the moment," teacher and early voter Kisha Brown said Thursday outside the Activity Center Bohrer Park polling place. "I love my country, and there are a lot of reasons right now to be voting. Vote until you can't vote anymore."

Residents may also register to vote in Maryland during early voting, but not on Election Day.

School teacher Kisha Brown waited 75 minutes to cast a ballot on day 1 of early voting in Gaithersburg.
Early voting is today through Nov. 1, 10 am-8 pm in Maryland. pic.twitter.com/uoePpcWDms

During the early voting period, Oct. 25 - Nov. 1, you can vote anywhere in your county between 10 a.m. and 8 p.m. To see a complete list of early voting sites, click here.