Two uncalled races could be heading to a runoff vote in Georgia, giving Democrats a chance at flipping control of the Senate. 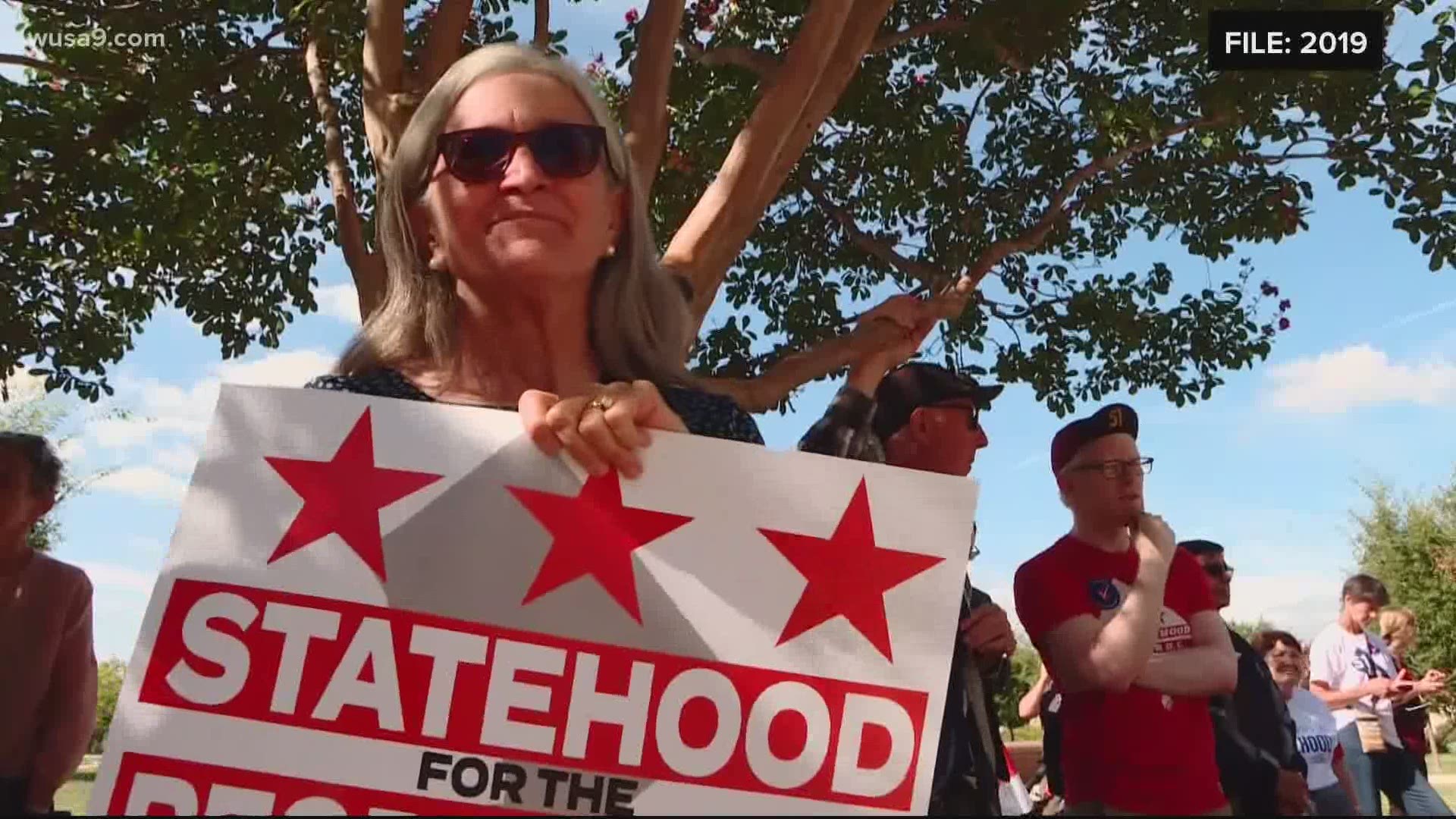 "Going into this election we were excited, because it looked like we would have the kind of majority that was receptive to D.C. statehood."

But could the Senate races in Georgia be the saving grace? He says, it's possible.

In addition to wanting Joe Biden to win the presidency, Democrats are fighting to claim a majority in the Senate. And while those chances seem to be diminishing as more senate races are called, a possible runoff for senate seats in Georgia could win Democrats a majority, giving D.C. a shot at getting a vote for statehood to the Senate floor.

With over 81% of the vote, Strauss was re-elected to his non-voting Senate seat. But without a Democrat majority in the Senate, he said it doesn’t feel like a win.

"If we have a majority, the vote can be taken up," he said. I mean, the problem is that we can't get a vote."

D.C. statehood was passed by the U.S. House of Representatives in June, but two weeks before that vote took place Senate Majority Leader Mitch McConnell told FOX News that he refused to bring it up for a vote in the Senate.

"They plan to make the District of Columbia a state and give them two new Democratic senators," he said. "This is full bore socialism on the House and as long as I’m the majority leader of the senate none of that stuff is going anywhere."

"We have two [Senate] races," Segall said. "One is definitely heading to a runoff, without a doubt, and that's on Jan, 5."

RELATED: US Senate control hangs in balance with a few races undecided

Loeffler was appointed by the Georgia governor to take Johnny Isakson's seat when he retired.

The race between Democrat Jon Ossoff and incumbent Republican Sen. David Perdue could also go to a runoff, Segall said.

In Georgia, runoffs happen when neither candidate receives at least 50.1% of the vote. So if the race between Ossoff and Perdue also goes into a runoff, and if Democrats win those two seats, the party has a better shot at achieving a majority in the Senate.

"If [McConnell] no longer controls the agenda, and we have a majority leader who will actually bring legislation to be voted on, well then we shift to the strategy of how do you win those votes," Strauss said.

Segall, however, argues that even if Democrats win a majority in the Senate this year, it won’t be enough to get statehood passed. He said it all comes down to the filibuster. If Congress doesn’t get rid of the filibuster, and D.C. can’t get enough support from Republicans, then he believes D.C. statehood might be shelved until 2022.