The council approved the second reading of the bill despite concerns it could fuel a black market and increase civil infractions against Black and Brown residents. 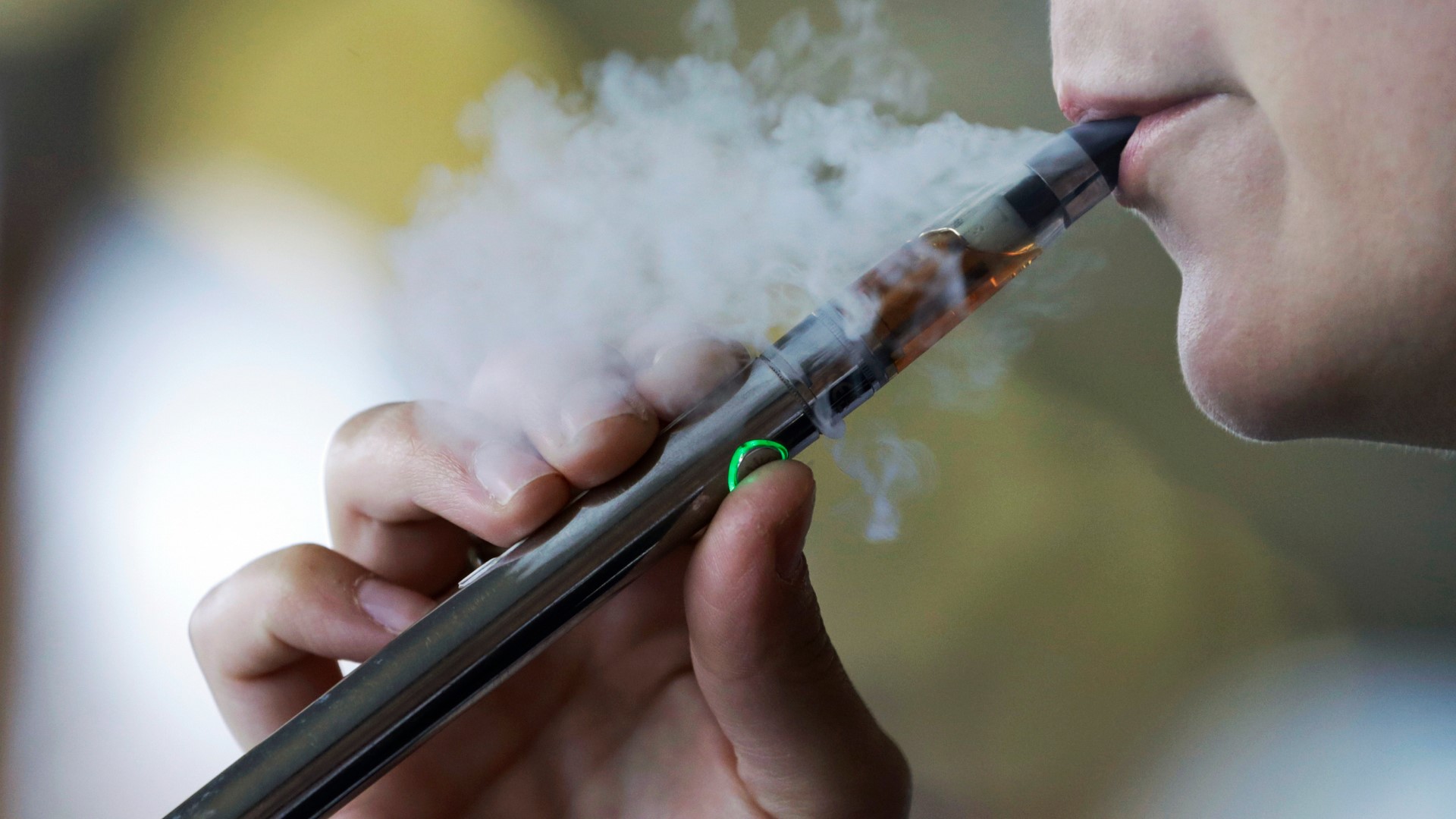 WASHINGTON — The D.C. Council voted 8-5 on the final version of a bill that would ban the sale of flavored tobacco products within city limits, with one councilmember voting against the legislation despite previously supporting it during the bill’s first reading.

Bill 24-0020 – widely expected to be signed into law by Mayor Muriel Bowser – was drafted with the specific goal to reduce the use of tobacco among Black and Brown residents, according to councilmembers who voiced their support of the bill during its first reading.

But critics of the proposed ban have raised concerns since the last hearing that the prohibition could inadvertently lead to more economic turmoil for immigrant-owned businesses and more policing of Black and Brown communities, a sentiment fueled in part by the deaths of Black men like Eric Garner, who was killed in a choke-hold in 2016 after New York police suspected him of selling untaxed cigarettes.

An analysis conducted by the council’s Commission of Racial Equity found that the bill had the potential to help reduce tobacco use among Black and Brown communities. However, the same analysis raised concerns about the bill could lead to increased civil infractions against these communities.

At-large councilmember Anita Bonds originally voted in favor of the bill during its first reading, but she reversed her decision on Tuesday saying that she now had “equity concerns” brought to her attention by colleagues.

Locally, several civil rights groups have endorsed the bill, including the city’s chapter of the National Association for the Advancement of Colored People (NAACP) and the Center for Black Health and Equity.

Tambra Raye Stevenson, health chair of D.C.’s chapter of the NAACP, said the bill is a necessary tactic against industries that have “weaponized” tobacco by creating an unhealthy substance-use culture among Black Americans.

“We have to understand that we are pawns in this game of chess, but we can choose to opt out of this game,” Stevenson said. “We are done just surviving. We have to thrive, and flavored tobacco isn’t going to get us to that promise land.”

She said she sees the bill as a first step in changing Black communities’ relationship with tobacco.

According to a 2013 report from the D.C. Department of Health (DOH), about 16% of D.C. residents were smokers, but among this population, more than 52% of reported users were Black.

More recent data from the Center for Disease Control (CDC) data shows that the prevalence of daily smokers in D.C has declined to around 13% in 2019. However, the CDC also found that nearly seven in 10 Black youths who smoke do so using menthol-flavored cigarettes, with tobacco companies historically placing more money into promoting these products among Black Americans, according to the center’s investigation.

Nationally, the debate to ban flavored tobacco products – specifically menthol cigarettes – has gained traction among several civil rights organization, including the African American Tobacco Control Leadership Council and NAACP, both of which signed an April 16 letter to the U.S. Department of Health and Human Services urging the Food and Drug Administration (FDA) to ban menthol cigarettes.

Other groups like the American Civil Liberties Union (ACLU) have expressed concerns about the relationship between prohibition laws and racial justice, and the organization recently co-signed a letter to U.S. Health Secretary Xavier Becerra asking him to reconsider the FDA ban as they believe a menthol prohibition will prioritize criminalization of Black and Brown communities over public health and harm reduction.

The FDA announced its intention to ban menthol tobacco products on April 29, but it did not provide a date as to when the ban would go into effect.

Ward 6 Councilmember Charles Allen– one of most vocal proponents of D.C.’s ban – said that he has been working with his colleagues to strengthen the provision of the bill to make it clear that Metropolitan Police have no authority in enforcing the prohibition but rather the city’s Department of Consumer and Regulatory Affairs (DCRA).

“Anytime you talk about civil infractions, there will be concerns that they will be disproportionate in terms of the impact on Black and Brown communities,” Allen said. “Those concerns are real, and they're born out of real examples from elsewhere in the country. But what we’ve tried to do is within the language be very specific about the fact that MPD will not do the enforcement.”

Marlboro cigarettes are for sale in a CVS store in Pittsburgh in July 2013.

Still, some experts on prohibition remain unconvinced that the city’s bill would do much to prevent MPD from enforcing the ban.

Richard Marianos – a 27-year veteran agent with the Bureau of Alcohol, Tobacco, Firearms and Explosives (ATF) who recently wrote a column against the bill for The Washington Post – said that a prohibition will only fuel a black market for flavored tobacco that will eventually require MPD to police Black and Brown neighborhoods for armed street dealers.

“Putting [the provision to exclude MPD] clearly shows that the council doesn’t understand the things associated with prohibition,” Marianos said. “You can’t allow somebody to just sell 'loosies' for $2 a piece with his partner -- who’s carrying a gun -- protecting his $5,000 operation a day without police enforcement.”

He added that DCRA does not have the resources to adequately enforce the prohibition in the black market, which could negatively impact Black and Brown owned businesses complying by the ban when existing users switch over to illegal sellers to purchase flavored tobacco.

Likewise, politicians like Councilmember Janeese Lewis George of Ward 4 – who voted against the bill during its vote -- have raised concerns about the bill’s specific restrictions on Black and Brown businesses, specifically those owned by immigrants.

The bill faced scrutiny last week when social media users and a neighborhood commissioner raised concerns that the ban would essentially criminalize hookah bars which have been historically been associated with Black nightlife in the city.

Although the bill was amended to exclude approved lounges with indoor smoking exemptions, Lewis George said that the provision does not include protections for bars and lounges that make less than 10% of their revenue from hookah.

She said that as representative of the ward with the largest Ethiopian and Eritrean population in the D.C., she was uncomfortable supporting legislation that had been voted on without public review or testimony, particularly from already-struggling immigrant businesses owners that cannot “feasibly” access an indoor tobacco-use permit.

“When we do legislation that impacts Black and Brown residents and Black and Brown businesses, and we don’t even include them in that conversation, that’s a huge misstep on our part,” Lewis George said. “I am not going to tell the Ethiopian and Eritrean communities that their social practices are harmful to our community. That’s just culturally insensitive.”