Donations from Bloomberg’s personal wealth, Everytown for Gun Safety, and Beyond Carbon Action Fund contributed more than $2 million to candidates in Virginia. 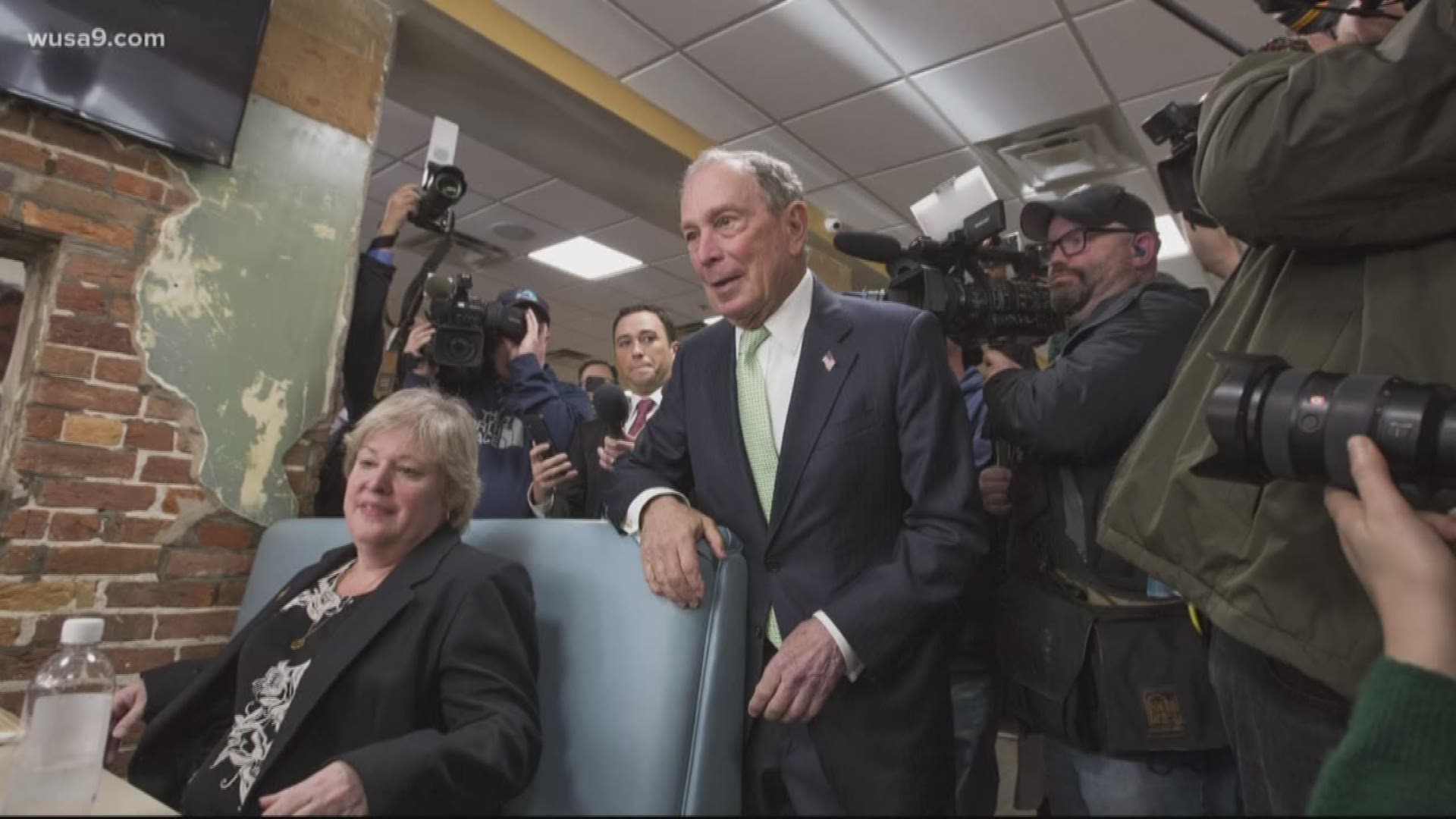 WASHINGTON — Michael Bloomberg, and groups directly tied to the billionaire presidential candidate, funded one in five Northern Virginia Democrats during the 2019 race for the House of Delegates, according to a WUSA9 analysis of records provided by the Virginia Public Access Project.

Only Virginia’s political parties and an outside Republican organization outraised the former New York mayor and his advocacy groups last year. Donations from Bloomberg’s personal wealth, Everytown for Gun Safety, and Beyond Carbon Action Fund contributed more than $2 million to candidates in the commonwealth.

Bloomberg, a former Republican mayor, made all contributions to Virginia Democrats – without writing a single check to GOP contenders, records show.

The results of Virginia’s 2019 election delivered a forceful rebuke to Republicans in Richmond, handing control of the legislature to Democrats for the first time since 1995.

Records reveal a targeted and sophisticated Bloomberg contribution strategy before the pivotal state elections, adding extra firepower to high-profile races. The close contests in Northern Virginia involving Bloomberg money were ultimately won by Democratic candidates, with three races, in particular, contributing to the shift in Virginia’s balance of power.

Helmer touted his credentials as a West Point graduate and Afghanistan veteran, with a prominent campaign promise to restrict the sale of assault weapons and high-capacity magazines.

In 2017, a court investigated credible allegations of voting irregularities during Cole’s first bid for the seat. After the final vote count, Cole lost the election by 82 votes.

Sen. John Bell (D-Chantilly) received Everytown’s largest donation of the 2019 Virginia election cycle, totaling more than $80,000. Bell’s victory was the first of the night projected by WUSA9 and the Associated Press to hand control of the Virginia Senate back to Democrats.

Bell rain against Republican Geary Higgins, a candidate who served two terms in the House of Delegates and received an emphatic Twitter endorsement from President Trump.

In total, Bloomberg and his advocacy groups directed $10.5 million into Virginia elections over the past decade.

The new Democratic presidential candidate is now a serious contender to win his own race in Virginia – the state’s 2020 primary on Super Tuesday, March 3.

Bloomberg is currently tied with Sen. Bernie Sanders in the commonwealth, garnering 22 percentage points according to the latest Monmouth University poll released Tuesday.

The Monmouth survey was conducted by telephone from Feb. 13 to 16, 2020 with 400 Virginia voters who are likely to vote in the Democratic presidential primary on March 3, 2020. The margin of error is +/- 4.9 percentage points.

RELATED: Bloomberg vows to refuse donations if he runs for president, salary if he wins