VDOT plans to have a decision on whether not to do the pilot ramp shut down by early 2019. 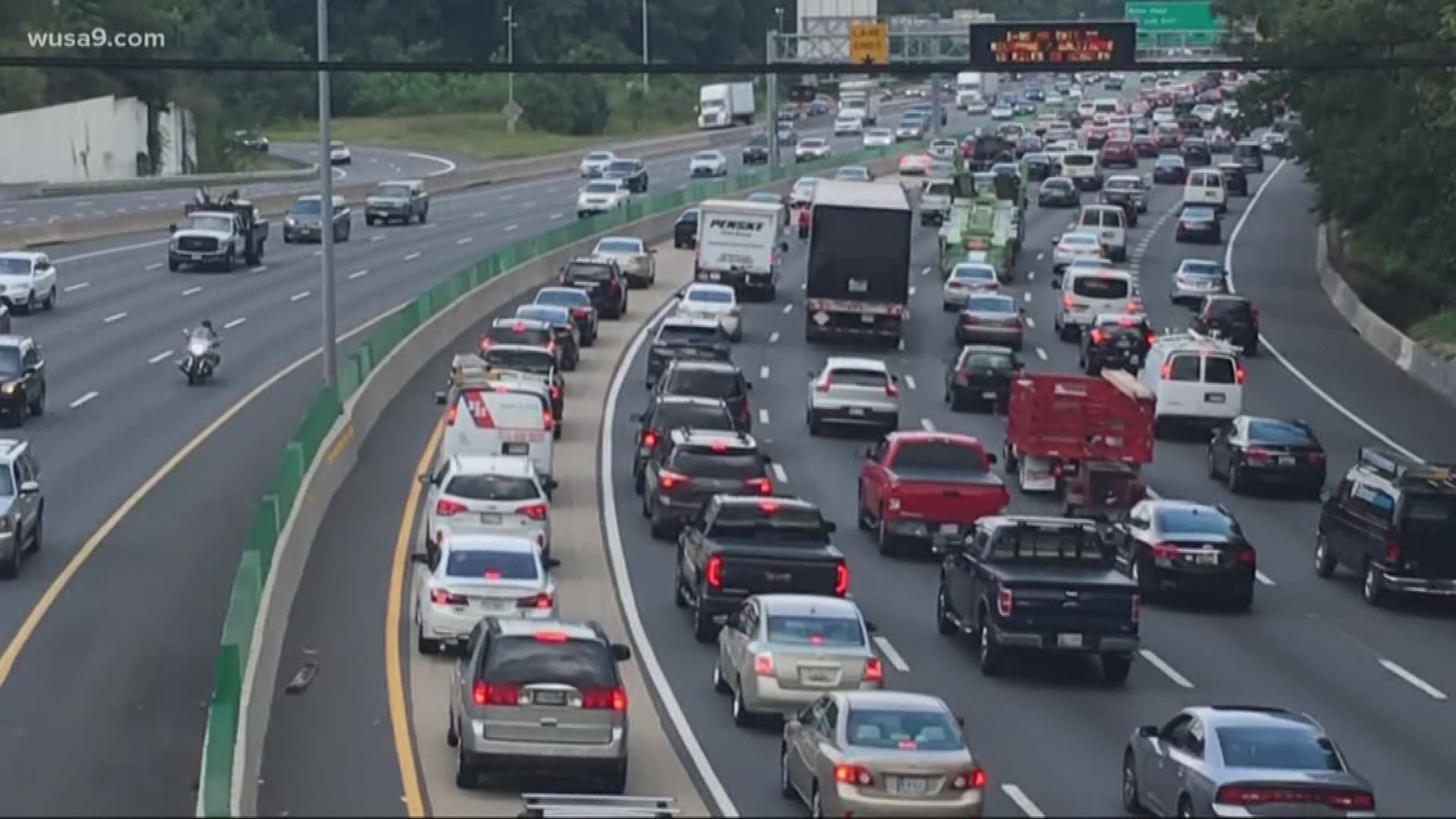 MCLEAN, VA -- Navigation apps are making life miserable in some neighborhoods in Virginia.

Apps like Waze and Google Maps are sending commuters off of highways and into neighborhoods. It’s so bad in McLean that VDOT has a proposal to shut down a ramp to the Beltway.

A stream of cars is constant on Balls Hill Road every weekday evening.

Balls Hill is a cut-through street that runs parallel to the Beltway. Many of the cars have Maryland tags.

They avoid Beltway congestion through Tysons by taking the cut-through and then a left on Georgetown Pike, then the ramp to northbound I-495.

They're able to get on the Beltway close to the American Legion Bridge over the Potomac River and into Maryland.

Its nice for the commuters to have a shorter trip but neighbors are frustrated and angry.

"It's over 3,000 students and their parents who cannot get to back-to-school nights, can't get to practices that start at 5 o'clock to 7 o'clock. Several friends in Great Falls whose kids aren't even participating in extra-curricular activities anymore," said Catherine Lorenze at a meeting on the topic last month. Lorenze is a parent at Langley High School which is on Georgetown Pike and has been significantly impacted by the traffic congestion.

VDOT has proposed a solution. Shut down the Beltway entrance ramp at Georgetown Pike Monday through Friday from 1 p.m. to 7 p.m. It would be a four-month pilot project.

Several hundred people turned out last month for a VDOT meeting about the proposal.

Residents are divided, based on where they live and whether they need to get to Maryland in the afternoon or evening.

RELATED: What to do when you lose your phone while traveling

"Not having access means we're stuck. And we bought property in this area to have that access. To be near to Maryland and also in Virginia," said one resident.

Terry Yates, VDOT Assistant Transportation and Land Use Director in Arlington and Fairfax counties said they’re listening to the public.

VDOT is planning a second public meeting to hear again from the community.

VDOT plans to have a decision on whether not to do the pilot ramp shut down by early 2019.