The increase impacted an estimated 167 people. However, representatives from the Veterans’ Affairs Committee said things might have worsened during the pandemic. 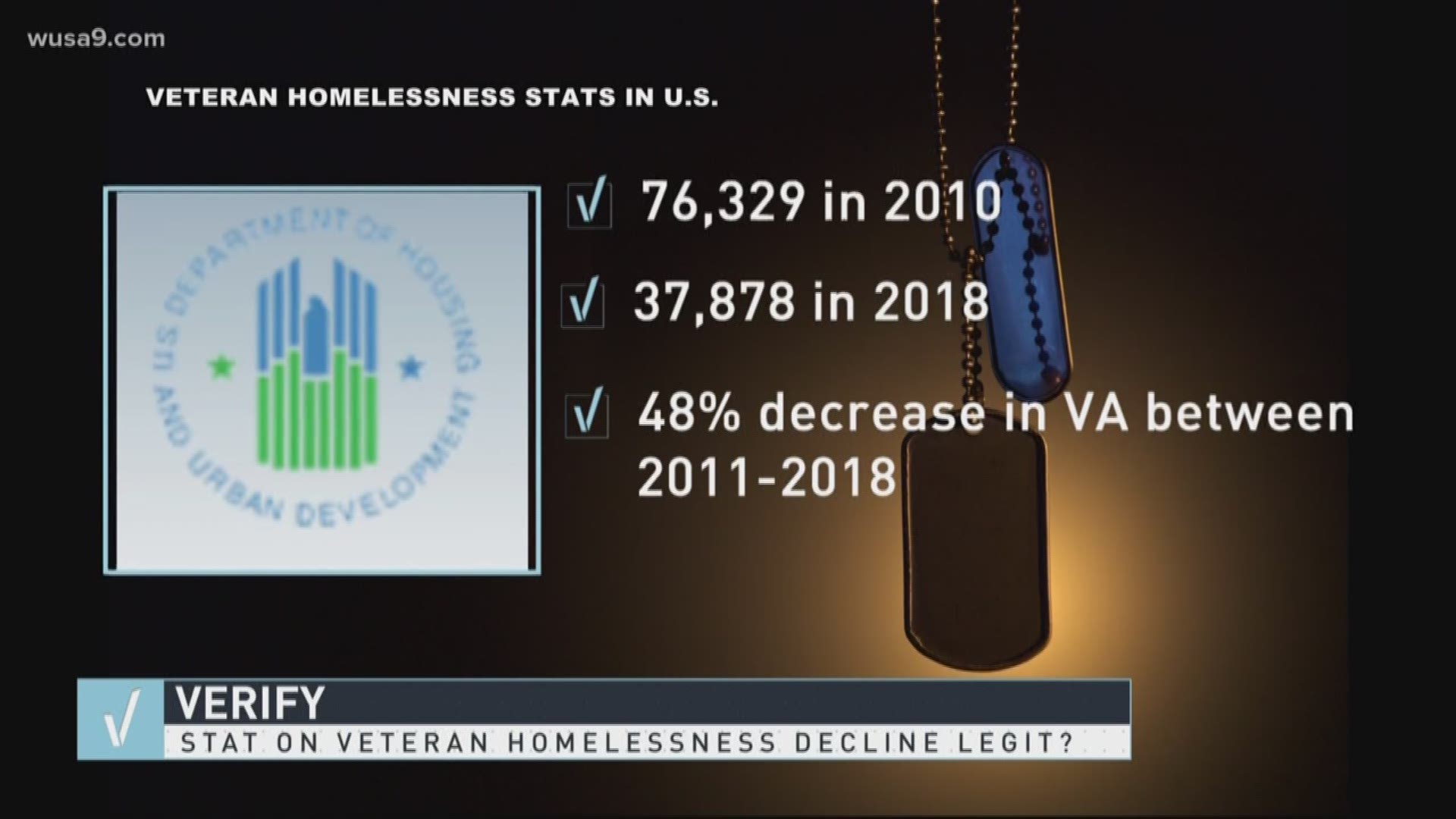 NORFOLK, Va. — For the first time in a decade, a report from the Department of Housing and Urban Development (HUD) showed an uptick in veteran homelessness.

The increase was by less than 1%, impacting an estimated 167 people.

The report is annually put together when the HUD takes a "Point-in-Time" count of people who are living without homes. This latest data was collected in January 2020, and released in 2021.

Mike Bost (R-Illinois), a ranking member in the House and Senate Veterans’ Affairs Committee, said this increase was small but potentially misleading.

"I am relieved that the point in time count for 2020 was finally released and showed only a small increase in veteran homelessness. But, this count occurred before the pandemic. COVID-19 and the jobs lost because of it continue to pose a real threat to veterans and their families,” Bost wrote in a release.

Chairman Mark Takano (D-California) said the American Rescue Plan was an important start for investing in veterans and bringing an eventual end to concerns about homelessness.

"After years of improvement, the progress made to house homeless veterans halted over the last two years," Takano wrote. “The HUD 2020 PIT count makes it clear that even before the COVID-19 pandemic created serious economic strain, things were getting worse for the thousands of Americans experiencing housing insecurity.”

The release, from the House Committee on Veterans' Affairs, indicated that female veterans (who make up less than 10% of homeless veterans overall) were statistically more likely than men to be unsheltered, and were more likely to be taking care of dependents while homeless.

The summary also said Black veterans (about 10% of veterans nationwide) were disproportionately affected by homelessness - about one third of all Black veterans were living unsheltered, according to the latest report.

According to new HUD report, veteran homelessness in the U.S. rose by less than 1%, by 167 people, between 2019 and 2020. HVAC Chair Rep. @MarkTakano says: "We will not give up until the number of homeless veterans is zero.”
https://t.co/Ja5nReZWLx @13NewsNow pic.twitter.com/c1IteNyJmv