William 'Homer' Lewis died because of an illness directly related to 9/11 recovery work at the Pentagon. 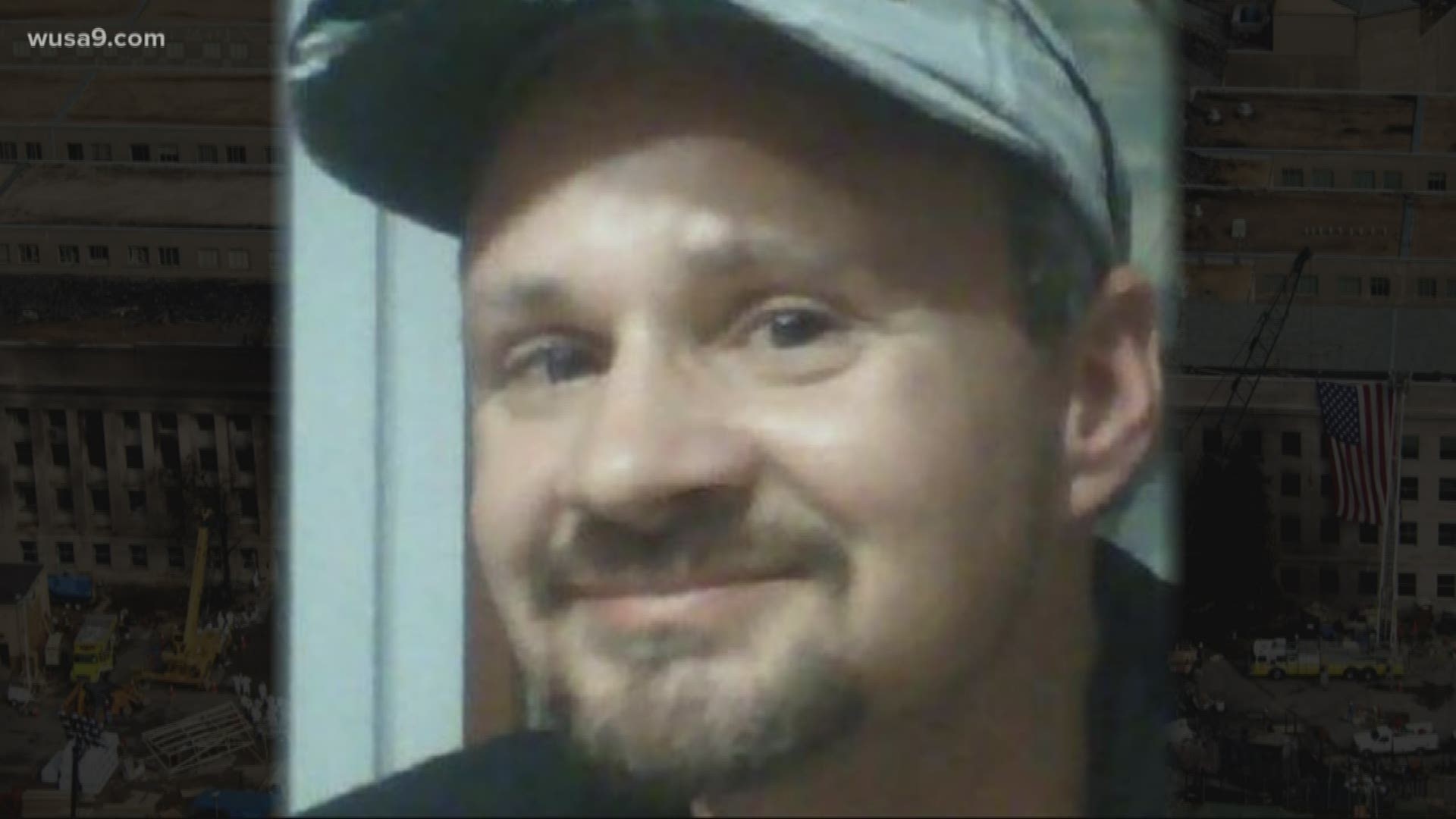 WASHINGTON — A veteran of the FBI who re-established emergency communications in the wake of 9/11 was laid to rest Tuesday, the seventh employee from the Bureau to die from an illness related to toxins at the Pentagon crash site.

"It is with great sadness that the FBI announces the line-of-duty death of electronics technician William “Homer” Lewis of the Finance and Facilities Division," the Bureau said in a statement Friday.

"Lewis passed away on April 3, 2019, as a direct result of his work in response to the terrorist attacks on the Pentagon on September 11, 2001."

Lewis was a native of King George County, Va. and served in the FBI for more than 28 years. His death marks the seventh loss of an FBI employee who worked at the Pentagon following the terror attack.

"He was another unsung hero," said Tom O'Connor, president of the FBI Agents Association. "At the Pentagon the radio systems did not work, putting teams inside the building at danger. Electronic Technicians worked to restore and keep communication possible so teams could communicate."

"This was instrumental to a safe and successful recovery effort. Homer put himself in harms way so that the job could be done and did so without question. He will be missed by his family, friends and colleagues."

Lewis worked with O'Connor's recovery team on the night shift for weeks, keeping FBI agents safe inside the Pentagon.

Five employees have died from 9/11-related illnesses at the World Trade Center, with four succumbing to illnesses after working in Shanksville, Pa. More than 40 members of the FBI are currently being treated for illnesses attributed to recovery work in the months after the attacks.