The shifts are supposed to protect new recruits and training base personnel, while continuing military readiness. 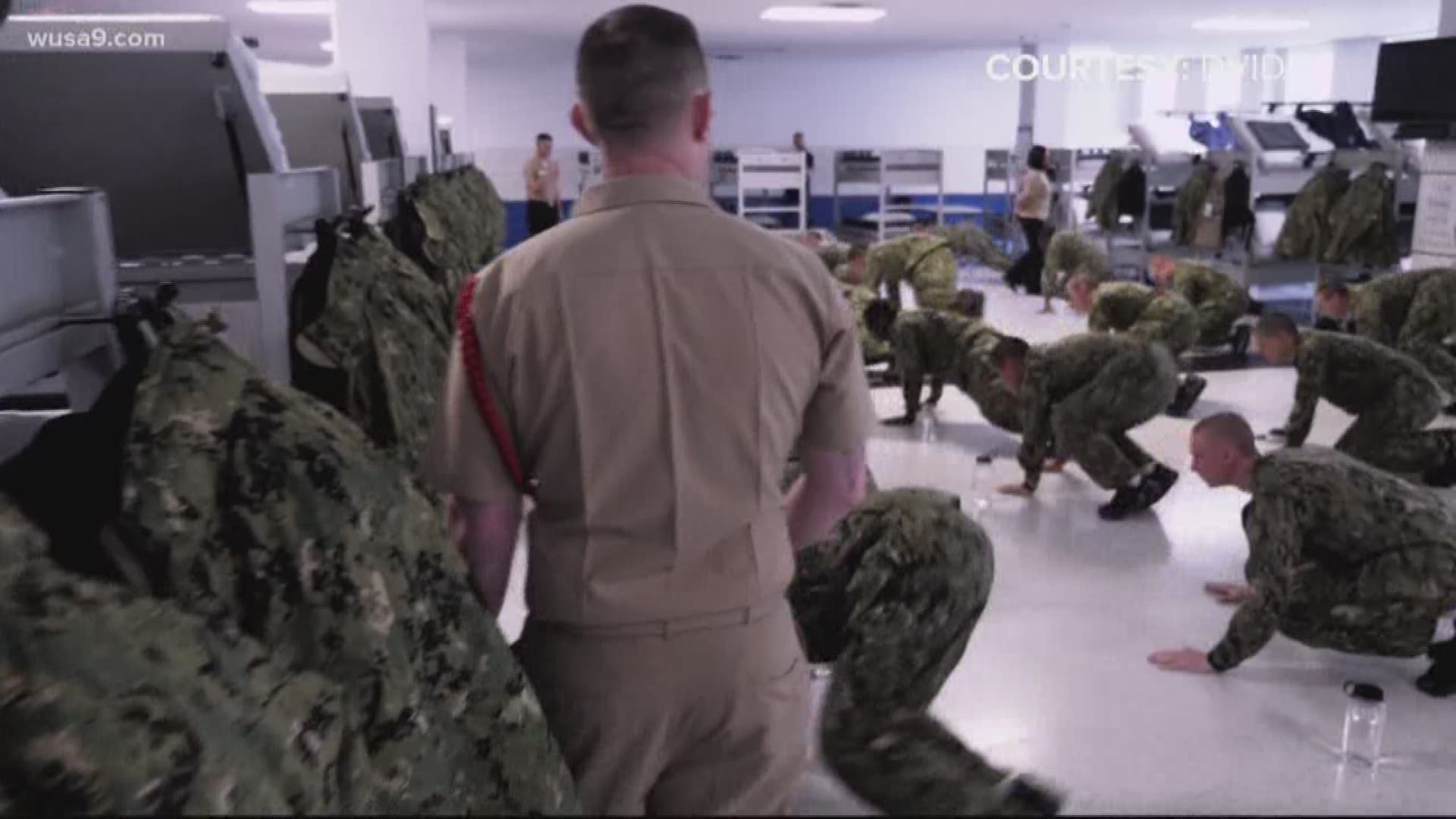 WASHINGTON — COVID-19 is forcing the military to make major changes across the branches – including how it recruits and trains new service-members.

WUSA9 started looking into this when the parent of a local Air Force recruit reached out. She explained her daughter was told basic training was shut down for the time being. She thought recruits are mission essential, and wanted to know if stopping the process could create problems.

Basic training makes or breaks the future of the military. It is where recruits are turned into the country's future fighting force. But right now, three out of the four Department of Defense branches are no longer shipping most recruits off to boot camp during the COVID-19 pandemic.

We asked Virginia Senator Mark Warner about the changes. The Commonwealth is home to multiple military installations, including U.S. Army Training and Doctrine Command.

“We can't send a mixed message that says everybody else self-quarantine or stay at home and, oh, by the way, new recruits we're going to throw you together,” Warner said. “The basic notion is you can’t social distance in basic training.”

The Air Force hit pause on basic training last week. Now recruits are once again on their way, but training will be different: there will be smaller numbers; recruits will have their movement restricted for 14 days when they arrive; and the Air Force is setting up an additional site in Mississippi.

The Marine Corps has also temporarily stopped sending recruits to Parris Island right now, but they're continuing to go to the base in San Diego.

The Navy says it is taking the time off to make its own changes, including: ahead of leaving for basic training, recruits are asked to restrict their movements; officials are limiting group sizes' and, to create a "protective bubble," most instructors will stay on base for at least 30 days, instead of coming onto the property from the outside world every day.

The Army just announced its two-week pause to ensure the proper safety measures are in place. So far, they’ve added social-distanced training, reduced movement of trainees and increased health screening.

But what does all of this mean for the country right now? We asked Sen. Warner if he has any concern about the country’s military readiness.

“I think we are ready,” he responded. “I think it would be a major mistake for any of our adversaries to think during this crisis the American military is not going to be ready to respond in times of need.”

We also checked in with the Coast Guard. A spokesperson said it has delayed new recruits coming to boot camp for at least three weeks.

On top of all that, officials across the branches have moved to virtual recruiting.