Joshua and Jessica Bustle pleaded guilty Monday to one count of parading, demonstrating or picketing in a Capitol building. 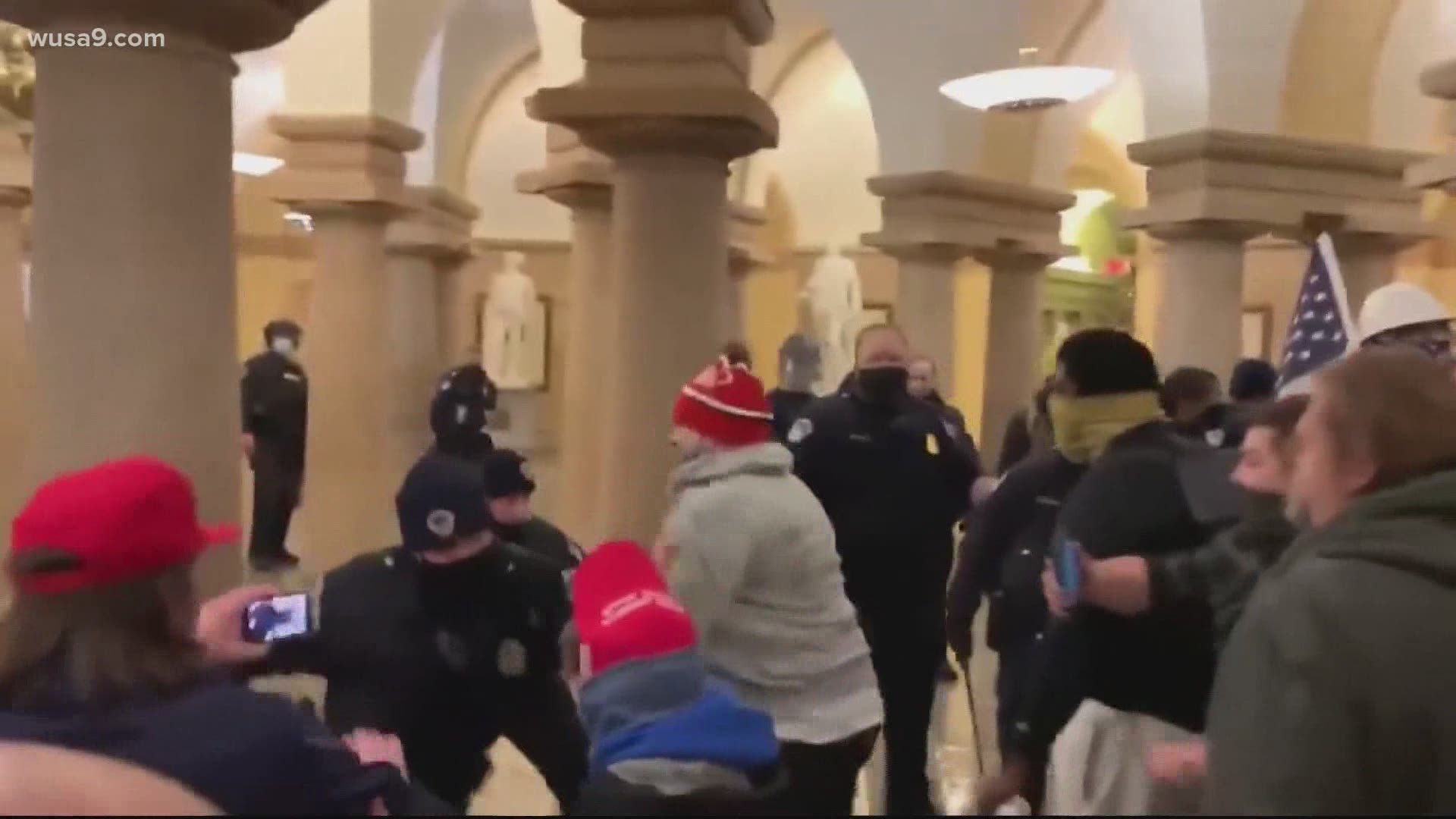 WASHINGTON — A Virginia husband and wife agreed Monday to plead guilty to one misdemeanor count each in connection with the Capitol riot.

In a statement of facts filed in federal court in March, the FBI said it received several tips about the Bustles and their alleged participation in the Capitol riot. Those tips included Facebook posts from Jessica Bustle’s account describing how she and her husband part in the mob on January 6.

In one post, Bustle reportedly wrote, “Pence is a traitor. We stormed the capital [sic],” and claimed she and her husband were nearby when Ashli Babbitt was fatally shot while attempting to breach the Speaker’s Lobby.

In another post, Bustle said she and her husband had been at the nearby Health Freedom Rally before walking to the Capitol. A post from her account appears to show the pair standing in D.C. holding a sign reading “Mandatory Medical Procedures have NO Place in a FREE Society.” In surveillance images captured inside the Capitol, the FBI said Bustle can be seen holding another sign reading in part, “VACCINE INJURY is the REAL PANDEMIC.”

After explaining their rights, Hogan accepted the Bustles' guilty plea, but declined a request by the defense and DOJ to move directly to sentencing. Instead, Hogan said he would request an expedited sentencing report, which he hoped to receive a month to six weeks. A sentencing hearing date was not set, pending that report.

#CapitolRiot: In admitting guilty, Jessica Bustle tells the judge she just wants to note that she also said "kind" things in her posts about the Capitol riot, including "pray for America."

The defense also made an unopposed request to have Joshua Bustle's bond modified to allow him to travel to Maryland for work.

The Bustles become only the third and fourth Capitol riot defendants so far to plead guilty in the case. The first guilty plea came in April, when Oath Keeper Jon Schaffer agreed to plead guilty to entering a restricted building with a deadly or dangerous weapon. The second guilty plea was made by Paul Allard Hodgkins, of Florida, earlier this month. Hodgkins agreed to plead guilty to one felony count of obstruction of an official proceeding, which carries a potential maximum sentence of 20 years in prison.