Capitol Police ordered not to use tear gas canisters during Jan. 6 riot, despite them being used on Lafayette Park protesters last June 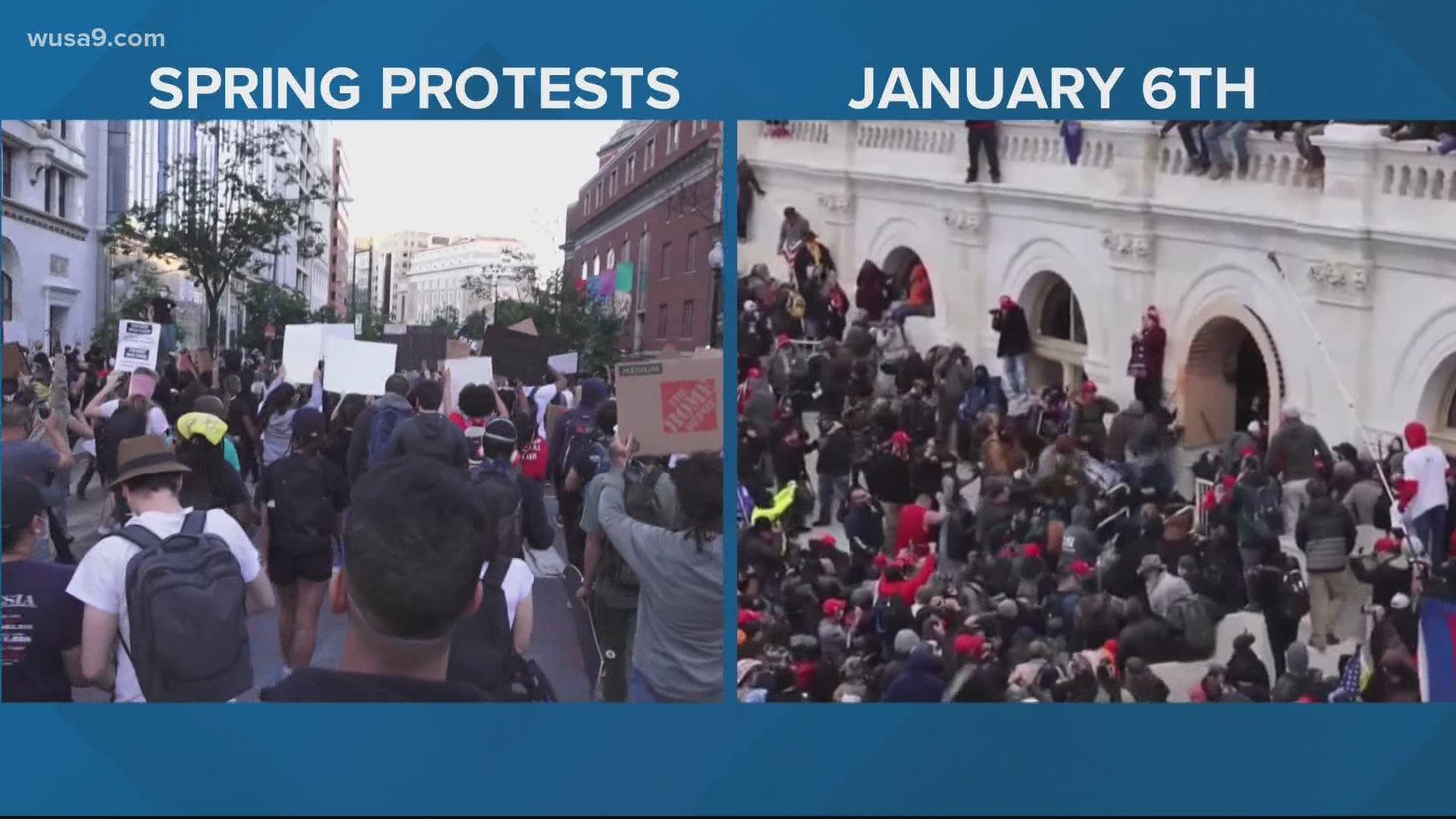 WASHINGTON — Capitol Police officers were limited during the Capitol riot to using flash bang grenades, which stunned protesters but didn’t leave the lingering tear gas clouds that might have allowing police to re-take areas. That's according to new testimony from Capitol Police Inspector General Michael Bolton on Thursday.

Officers defending the Capitol quickly ran out of the small amount of supplies they had. During a hearing Thursday afternoon, House Administration Committee Chair Zoe Lofgren (D-Calif.) outlined who those officers had to rely on for help.

Bolton said better gear and munitions could have turned the tide earlier against the January 6 riot.

“When MPD used Stinger Balls, people starting turning around and leaving. It would have helped us," he said.

In addition to the deaths of two Capitol Police officers from physical and psychological injuries during the riot, the congressional committee listed additional injuries officers suffered, including the loss of an eye, loss of fingers, and a heart attack when an officer’s Taser was used against them.

The inspector general recommends a separate, well-trained and well-paid riot squad, or permanent "civil disturbance unit," be created within the Capitol Police force.

"Three grenadiers is not adequate. There needs to be more trained and equipped to use that safely," Bolton told the committee.

U.S. Capitol Police released a statement Wednesday responding to the IG report: "The Department has secured specialized training for CDU officials and, in 2020, it significantly increased the number of CDU personnel trained and certified to use certain chemical munitions. The Department is working to obtain additional training for CDU personnel as a whole. The Department also is considering recommendations from other reviews concerning its CDU capabilities, such as the review conducted by Task Force 1-6 led by Lieutenant General Russel L. Honoré, which recommended that the USCP develop a dedicated CDU force with its own training personnel."