An attorney for Proud Boy leader Ethan Nordean submitted dozens of private messages between members of the group in court this week. 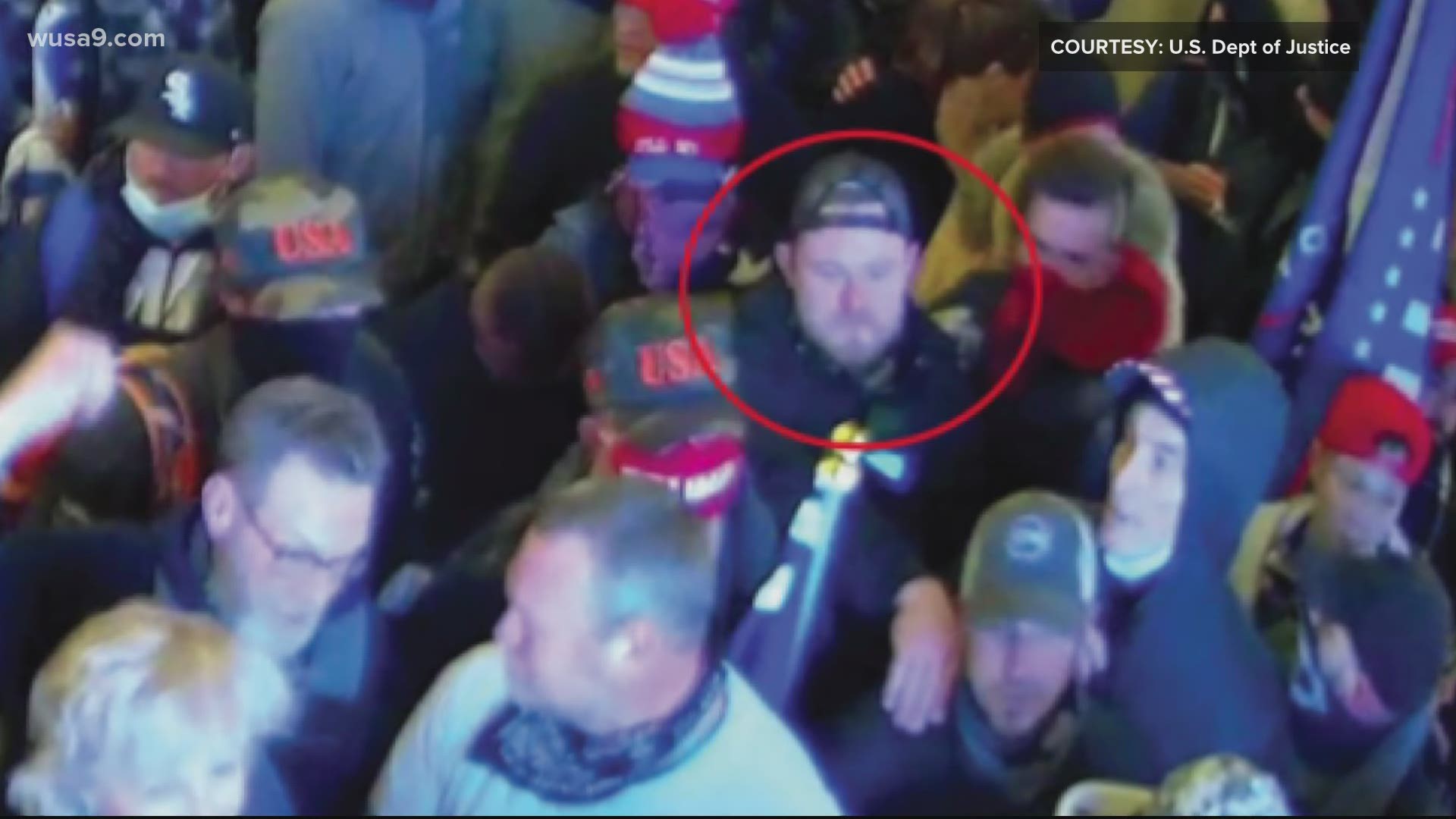 WASHINGTON — Proud Boys were beset with infighting and fear that the FBI was “coming for us” in the weeks after the Capitol riot, according to a batch of private Telegram chats released by the lawyer of a Proud Boy leader charged in the Capitol riot.

Summaries of more than three dozen Telegram chats between Ethan Nordean and other alleged members of the Proud Boys were submitted to U.S. District Jude Timothy Kelly on Tuesday by one of Nordean’s lawyers, David Smith. The messages show, Smith says, that Nordean stated on several occasions that he was done with rallying after January 6. Smith says that shows Nordean should be released from custody, where he has been since Kelly ordered him and his co-defendant, Joseph Biggs, detained in April.

Nordean, also known as “Rufio Panman,” is the self-described “sergeant of arms” of the Seattle Chapter of the Proud Boys. He’s charged with six counts, including obstruction of an official proceeding, obstruction of law enforcement during civil disorder, destruction of government property and conspiracy.

In the newly released messages, Nordean does say he “isn’t a rally guy anymore” – but it’s the dozens of other messages between Proud Boys that provide new illumination into the group’s response to the Capitol riot.

‘They Are Coming For Us’

The messages, which were all obtained from Nordean’s cell phone, show Proud Boys members were worried about the strength of potential federal prosecution against them. In one message, a Proud Boy says he thinks federal prosecutors don’t file charges unless they have a “completely locked case.”

The court documents say the messages on Nordean’s phone were accessed on February 1. By that point, a number of prominent Proud Boys had already been arrested in connection to the Capitol riot. Those arrests included Nordean’s co-defendant, Biggs, who helped organize a major Proud Boys rally in Portland in 2019. Just days earlier, two other Proud Boys, Dominic Pezzola and William Pepe, were charged with a slew of felonies, including conspiring to obstruct law enforcement.

At the time, the group was still reeling from the arrest of their leader, Enrique Tarrio, in December on destruction of property charges in D.C. – as well as subsequent reports that he had been working as an FBI informant.

The arrests of so-called “Warboys” that went to D.C. for the “Stop the Steal” rally had Telegram participants railing against Proud Boy leadership.

Many of the Telegram posts are directed at Nordean himself. In one, an unnamed individual says Nordean, who helped lead Proud Boys on January 6, got “lost in the sauce.” The same person said Tarrio should step down.

Nordean also said he was “no longer a Trump supporter” and that he would take back doing the rallies for former President Donald Trump if he could.

“He says he thought they were fighting for some secret plan that didn’t come to fruition and that Trump [left them] hanging high and dry,” the FBI synopsis reads.

According to the synopsis, Nordean also told his fellow Proud Boys they were “lucky” he was there to help lead other members on January 6.

“You know, I’m the guy that you want leading guys because I actually know how to do it and keep people in line versus if I wasn’t there guys would probably be running off doing their own thing,” Nordean said.

The messages included in Tuesday’s release end with a call by at least Proud Boy for a vote on ousting individuals who are now under indictment, including Tarrio and possibly chapter presidents.

More than two dozen individuals affiliated with Proud Boy chapters in Florida, Kansas, Washington state and other states have now been charged in the Capitol riot. The Department of Justice has said it believes more than 60 people participated in an encrypted channel called “Boots on the Ground” used by the Proud Boys during the Capitol riot.