Patrick Edward McCaughey III is accused of participating in the attack on officers in the west tunnel under the Capitol Building. 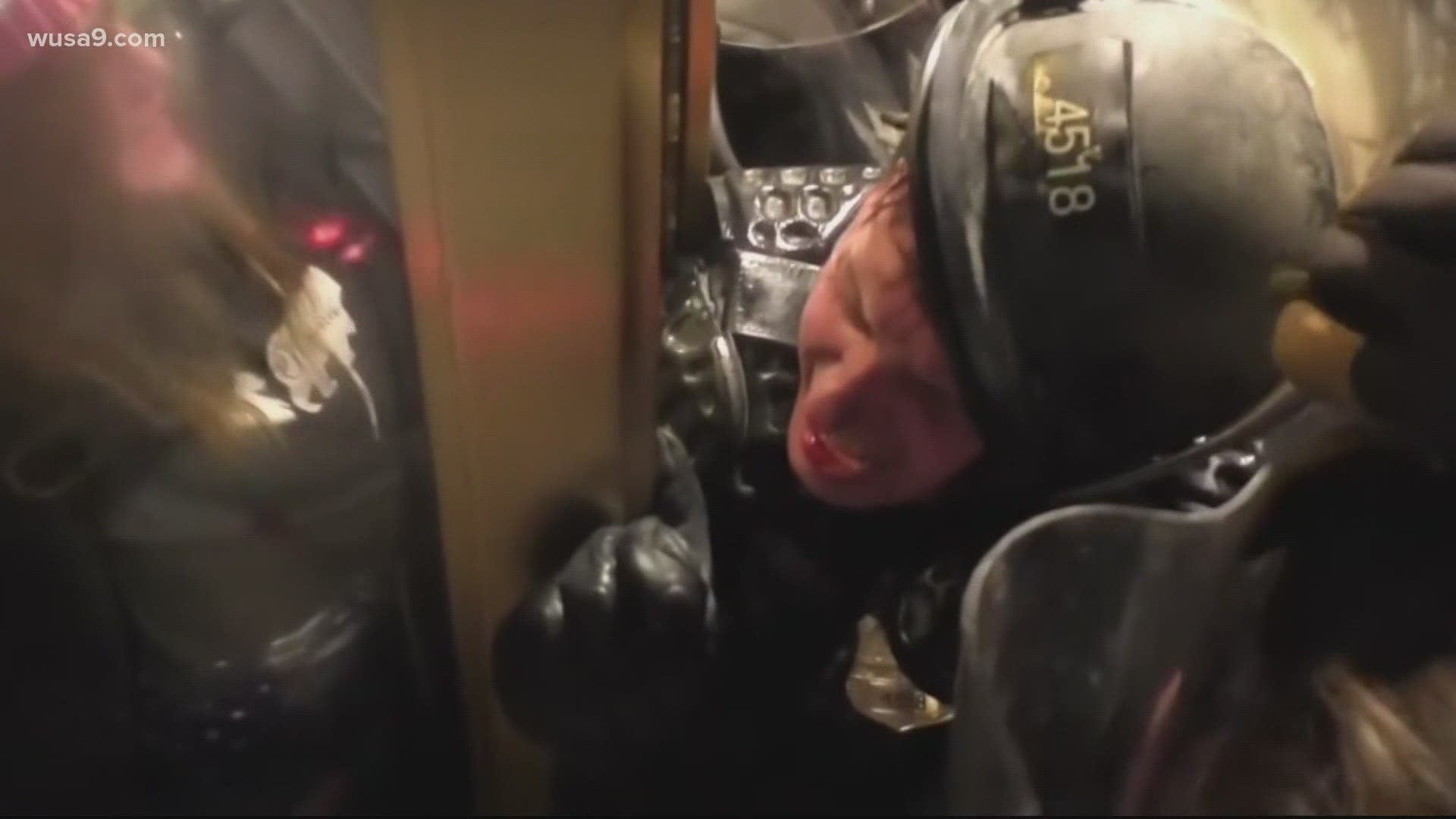 WASHINGTON — Police arrested a Connecticut man on Tuesday accused of assaulting police and crushing DC Police Officer Daniel Hodges against a door during the assault on the Capitol on January 6.

Patrick Edward McCaughey III was taken into custody in New York on charges of assaulting an officer, civil disorder, entering a restricted building and violent entry.

In a probable cause affidavit filed in the U.S. District Court for the District of Columbia, federal investigators say they identified McCaughey as a man seen in numerous photographs and videos from Jan. 6 using a clear plastic police riot shield to assault officers. One of those officers was Hodges, who was injured when he was crushed against a door by a mob of people.

This, from the charging docs for Patrick Edward McCaughey III, is something I haven't seen before: the DOJ alleging the rioters in the west tunnel were organizing rotations of "fresh patriots" to man the front lines against police. #CapitolRiot pic.twitter.com/8B3skt72DO

Law enforcement was able to identify McCaughey after the DC Police department released a BOLO asking for tips. According to the affidavit, an individual who had known McCaughey since childhood contacted the FBI National Threat Operations Center and identified McCaughey. The individual was also able to provide the FBI with a selfie that McCaughey had allegedly taken at the Capitol and sent to mutual acquaintances.

Law enforcement was then able to use that image to match him with other photos and videos from the assault on the Capitol, including the ones of him below holding a riot shield in the west tunnel. pic.twitter.com/F2oUsfEmh7

With a positive identification in hand, according to the affidavit law enforcement was then able to match McCaughey with a number of photographs and videos taken during the day, including Capitol surveillance footage showing him holding a riot shield near the west tunnel entrance, and bodyworn camera footage that recorded him repeatedly striking an officer who may have been attempting to drag Hodges out of the way.

According to the affidavit, at one point in those recordings McCaughey can be heard telling police, “Come on man, you are going to get squished. Just go home. You see me. Just go home. Talk to your buddies and go home.”

Hodges was one of several MPD officers who spoke publicly about the events at the Capitol. He said while he was being crushed he could hear people yelling at him that he was a traitor.

"We're not the traitors," Hodges said. "We're the ones who saved Congress that day and we'll do it as many times as necessary."