The couple faces multiple charges for unlawful entry, with Jamie Buteau facing an additional four charges after he allegedly threw a chair at two Capitol police. 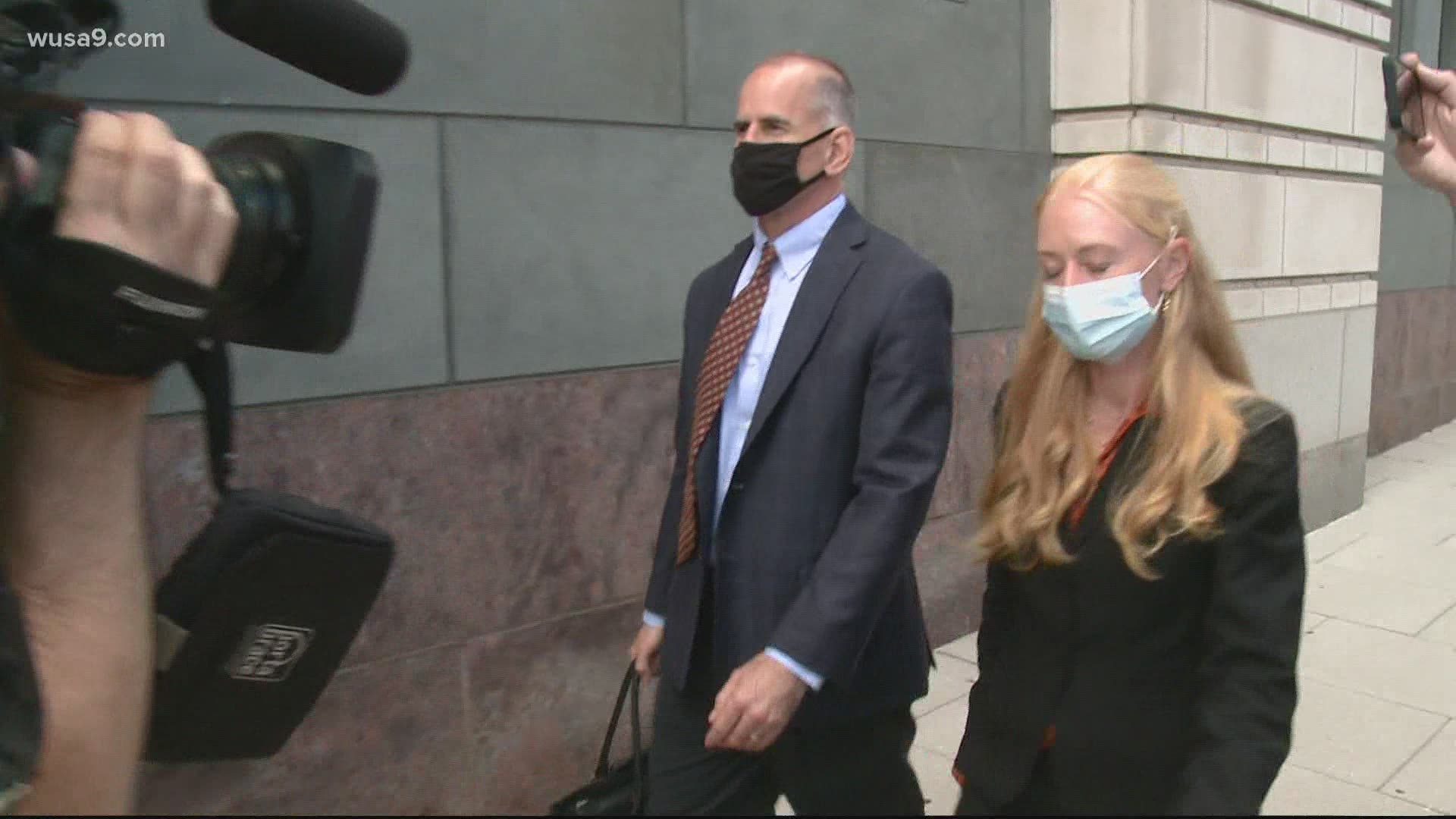 WASHINGTON — An Ocala, Florida, couple was arrested Thursday for their alleged involvement in the Jan. 6 Capitol breach, federal investigators said.

Jamie Buteau, 48, and his wife Jennifer, 44, were both charged with four counts related to unlawful entry and conduct inside the Capitol, with Jamie facing an additional four charges alleging assault against law enforcement. In a criminal complaint, the Justice Department says Jamie threw a chair at two Capitol police officers, striking one of them.

The couple made their initial court appearance at 2 p.m. Thursday in Florida's Middle District.

The duo previously appeared in a 2018 Vice News interview, where they expressed support for the QAnon conspiracy. According to the affidavit, a tipster who recognized the couple from the video sent the link to the FBI. Officials were then able to identify the couple by cross-checking photo and video footage of the Buteaus inside the Capitol.

According to court documents, the couple entered the Capitol on Jan. 6 around 2:25 p.m. through a broken door in the Senate wing of the building and stood near an elevator lobby between the Crypt and the Capitol Visitor Center (CVC).

Credit: Department of Justice
Jamie Buteau, as depicted by CCTV video, while in the elevator lobby next to the Crypt, picks up a chair as doors roll down to block the Crypt off from the Capitol visitor center.

In CCTV and cellphone video footage, investigators allege Jamie can be seen throwing a chair at two Capitol police officers who were attempting to flee from rioters. Investigators say the couple remained in the lobby and CVC for some time before finally exiting the building using the south door at around 2:46 p.m.

Two other tipsters sent screenshots to the FBI of a Facebook post made by Jennifer and another post that she was tagged in, both allegedly confirming she had attempted to post footage from her time inside the Capitol.

A fourth tipster – identified as a family member of the Buteaus in court documents – confirmed with investigators that Jennifer had participated in the riot and had additionally attempted to change her Facebook demographics to appear as part of the Democratic party.

In the 150 days since Jan. 6, around 465 individuals have been arrested on charges related to the Capitol breach, including more than 130 individuals charged with assaulting or impeding law enforcement. The investigation remains ongoing.

Anyone with tips regarding participants in the riot can call 1-800-CALL-FBI or visit tips.fbi.gov.