In a motion for bond, Thomas Caldwell, 65, claims he was an FBI section chief after leaving the U.S. Navy. 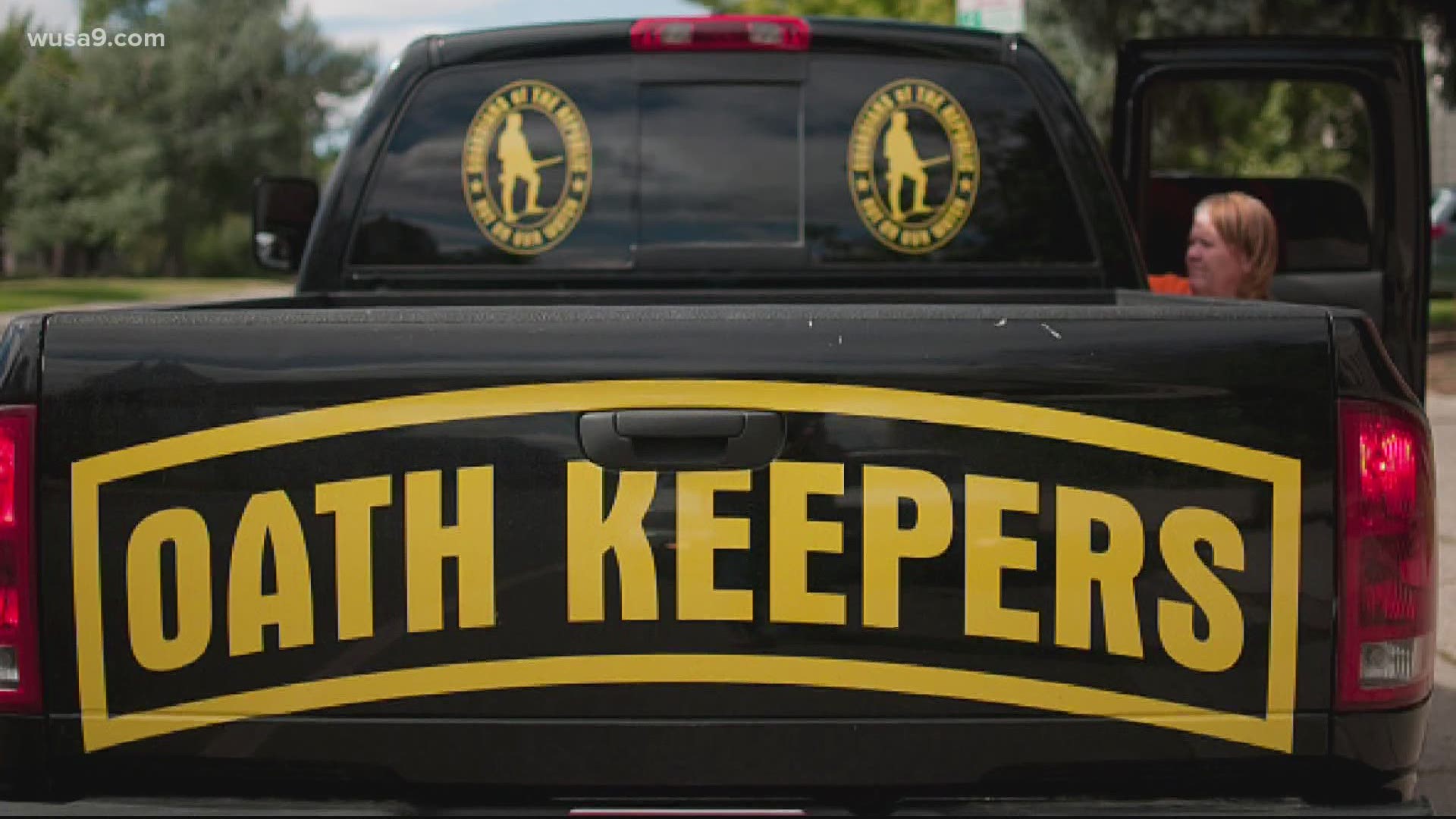 WASHINGTON — An alleged member of the Oath Keepers now indicted on conspiracy charges in the Capitol riot claims in a new legal filing that he holds a top secret clearance and was a former FBI section chief.

Thomas Edward Caldwell, 65, of Clarke County, Virginia, was indicted on January 27 on charges of conspiracy, obstruction of an official proceeding, destruction of government property and entering a restricted building along with two alleged co-conspirators – Donovan Ray Crowl and Jessica Marie Watkins.

The government has asserted all three are members of the Oath Keepers militia group. Crowl and Watkins are accused of being part of the Ohio State Regular Militia Chapter. During a search of Watkins’ Ohio home, federal investigators have said they found homemade weapons and instructions for making plastic explosives.

Caldwell is accused of being a leader within the organization, and investigators say they’ve obtained communications between him and other alleged members of the Oath Keepers in which he appears to be coordinating travel to Washington, D.C., and activities on January 6. In those communications, investigators say, members of the Oath Keepers refer to Caldwell as “Commander.”

But, in a new filing Monday asking a federal judge to release him from pretrial detention, Caldwell’s attorney says his client is not a member of the Oathkeepers – and further claims that he has done classified consulting work for the U.S. government and worked briefly as an FBI section chief after leaving the U.S. Navy.

“[Caldwell] has held a Top Secret Security Clearance since 1979 and has undergone multiple Special Background Investigations in support of his clearances,” the filing, submitted by Caldwell’s attorney, Thomas K. Plofchan, reads. “After retiring from the Navy, he worked as a section chief for the Federal Bureau of Investigations from 2009-2010 as a GS-12. He also formed and operated a consulting firm performing work, often classified, for U.S. government customers including the U.S. Drug Enforcement Agency, the Department of Housing and Urban Development, the U.S. Coast Guard, and the U.S. Army Personnel Command.”

In a new motion for bond, alleged Oath Keeper commander Thomas E. Caldwell claims he did classified contracting work for the government and even worked as an FBI section chief. The FBI has not responded to this, and GS-12 would be way below the expected pay grade for that. pic.twitter.com/DK73IqDAoy

A “Thomas E. Caldwell” is listed in public records as the president of the Berryville, Virginia-based Progressive Technologies Management, which was granted five federal contracts for computer systems and data processing services between 2004 and 2007. A search of the Internet Archive’s Wayback Machine shows that a 2008 version of the website listed for Progressive Technologies Management described the company as a “Service-Disabled Veteran-Owned Small Business (SDVOSB) providing data and information solutions, performance management software and services and information architecture technologies.” That website is now owned by Mexico-based plastics company.

While the FBI has not yet commented on Caldwell’s claim that he worked for the Bureau, the GS-12 paygrade would be significantly below the expected pay for a section chief. For example, the FBI’s online job portal currently lists an open GS-12 position for a paralegal specialist at its Jacksonville Field Office.

Plofchan also argues that Caldwell should be released from detention because he is “classified as a 100% disabled veteran by the Department of Veterans Affairs.”

Plofchan also claims Caldwell had a failed spinal fusion of three vertebrae in 2010, and that “moving, sitting for extended periods of time, lifting, carrying, and other physical activities are extremely painful and Caldwell is limited in his ability to engage in them.”

By contrast, in the indictment against him, federal investigators have said they obtained communications from Caldwell describing his preparations for January 6 in which he plans to do a “pre-strike on the 5th” and suggested the group could “do some night hunting” (the FBI has alleged in other filings that “hunting” in this context refers to patrolling for members of Antifa).

The indictment also claims Caldwell said his group would “have the goodies in case things go bad and we need to get heavy.”

Thomas Caldwell's attorney says his client is classified as a "100% disabled veteran" by the VA. The FBI says they obtained these communications from him planning Oath Keeper activities at the Capitol on January 6. pic.twitter.com/hUMNqiLy97

Plofchan claims the government has not identified any photos or videos of Caldwell in the U.S. Capitol Building and that his “physical limitations would have prevented him forcibly entering any building or storming past any barrier.”

Plofchan asks that Caldwell, who has been detained in the Central Virginia Regional Correctional Facility in Orange, Virginia, since his arrest last month, be released on bail while he awaits trial. As of Tuesday, the government had not filed a response to Plofchan’s motion, but has previously argued that Caldwell is a flight risk and should be held in custody. No hearing has been set on the motion.