A month after the Capitol riots, neighbors who live nearby had the chance to question leaders about security and the response during a virtual town hall on Thursday. 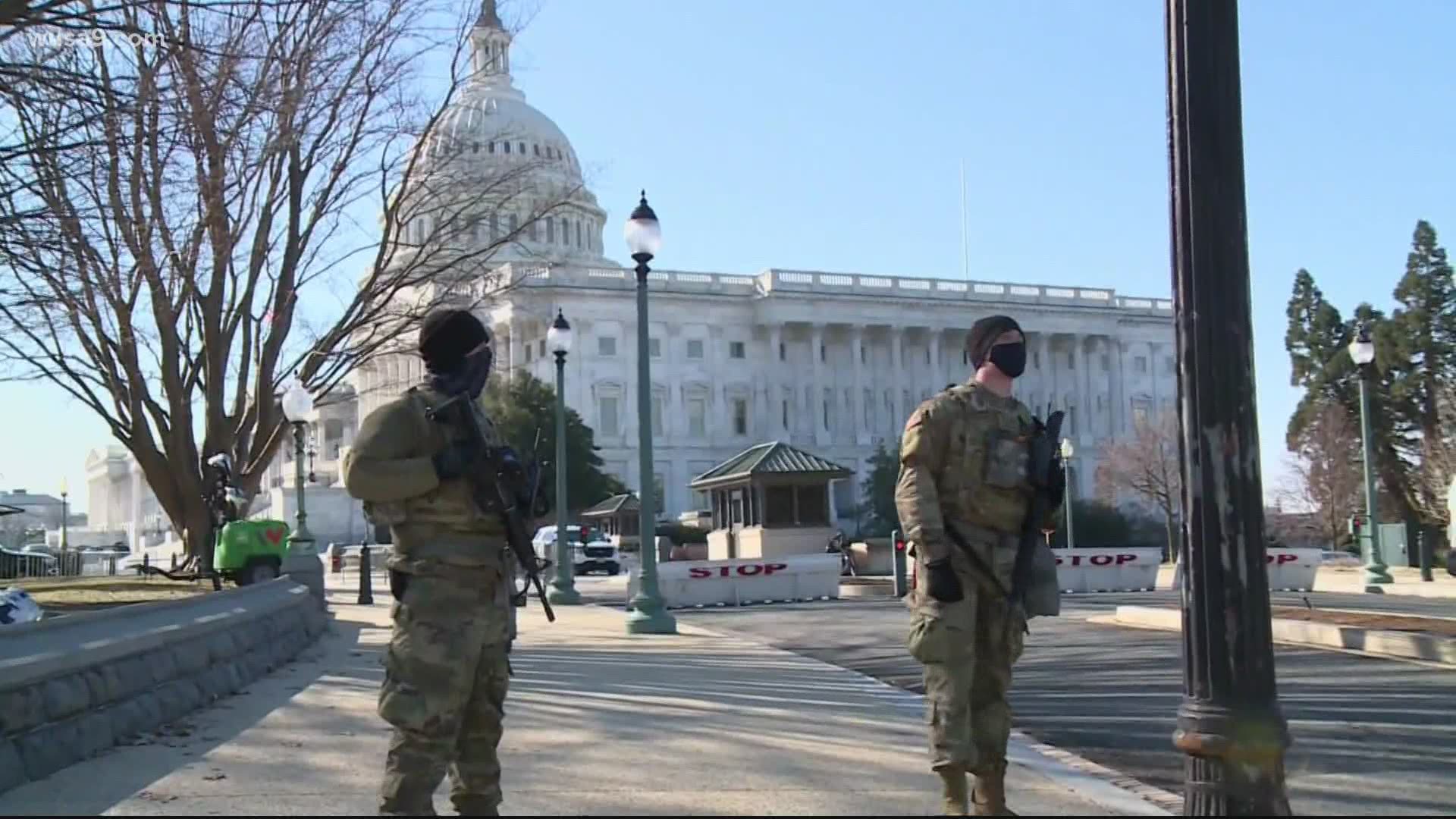 WASHINGTON — As an impeachment trial continues to play out inside the U.S. Capitol against former President Donald Trump, Thursday brought a chance for the neighbors who live nearby to question government and police leaders about the security protocols still in place and the response to the riots that prompted the impeachment.

Fencing with barbed wire remains standing around the perimeter of the US Capitol, with armed troops patrolling the grounds and public access shut down.

"The Capitol Hill community was closest and may have been the most affected," said Delegate Norton at the beginning of the virtual town hall. "It’s still affected.”

Much of the discussion focused on when the fencing surrounding the Capitol could come down.

While both Norton and Thomas both said it was temporary, neither could offer a timeline of when it may be removed.

Instead, Delegate Norton used the occasion to continue her push to take the fencing down once the area around the Capitol was deemed safe.

"Fencing was created 10,000 years ago. I think we can do better than that," she said. "I believe there are state of the art ways to protect our Capitol.”

"Permanent fencing, blocked streets, and diminishing public access is not the way to secure the Capitol," Councilmen Allen said. "I cannot support any plan that would lock the Capitol away from the public behind razor wire and blocked streets.”

Some of the more pressing questions regarding security and the response to the Capitol riots on January 6th were directed at the U.S. Capitol Police. However, Assistant Chief Thomas remained tight-lipped about the investigation and often failed to provide a meaningful response.

"We are looking very critically at every aspect of this event, which includes the planning and what was done in advance," said Thomas, who added that the investigation involved going through hundreds of hours of camera surveillance. "All of that is being thoroughly investigated. We are looking at it with a critical eye. There are public hearings that are upcoming where we really hope to be able to address these types of questions in a factual nature.”

"Gathering all that information is going to take up some time," he added.

Answer: We’re looking into it, and will have more during public hearings...@WUSA9 @CBSNews #CapitolRiot pic.twitter.com/00VuHItKuy

One question from a neighbor dealt with the frustration around the lack of answers regarding the investigation.

"The biggest fear for me is the sense of urgency with the Capitol Police wanting to study this thing to death," he said. "We need to see action that takes of this.”

With the area around the Capitol still locked off, the leaders said they looked forward to the neighborhood returning to normal, whenever that may be.

"We must balance safety while not wanting our federal enclave turned into a militarized zone," Chief Contee said on Thursday. "We agree with you that the federal agencies involved must work with the district to develop a good plan that respects our city and our residents.”