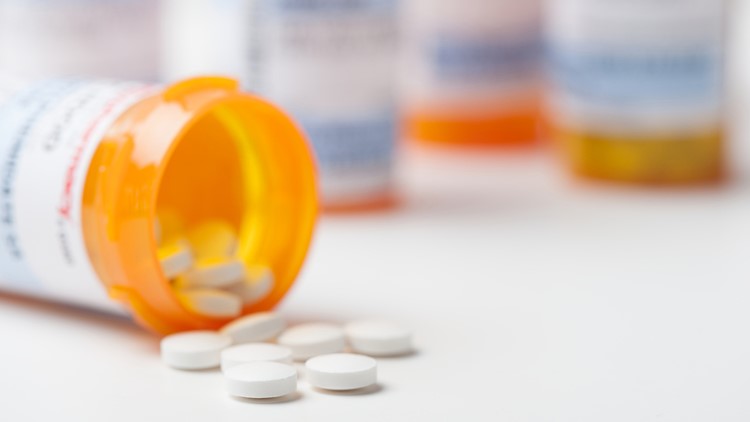 WASHINGTON — Veterans hoping a new report from the National Academies of Sciences, Engineering and Medicine would vindicate their claims of serious long-term side effects caused by antimalarial drugs were disappointed Tuesday when it failed to draw any concrete links – instead only finding that further research was warranted.

The report was the result of a more than year-long process undertaken by the National Academies of Sciences, Engineering and Medicine (NASEM) and sponsored by the Department of Veterans Affairs. The goal was to look into possible long-term neurological and psychiatric effects of antimalarial drugs – particularly of mefloquine (brand name Lariam), which has been linked to insomnia, depression, anxiety, severe nightmares and suicidal and homicidal ideation.

WUSA9 has reported for years on the stories of U.S. servicemen and women, and members of the Peace Corps, who were prescribed mefloquine while deployed in Iraq and Afghanistan and subsequently reported long-term, sometimes permanent, neurological and psychological damage as a result.

The FDA ordered mefloquine labeled with a “black box” warning in 2013, noting that neurological side effects can occur at any time during use, and can last for months to years after the drug is stopped. The military reclassified mefloquine as a drug-of-last-resort following the FDA’s black box decision, and its former U.S. manufacturer, Roche, no longer produces it in the United States.

Veterans and advocacy organizations have pushed for the Department of Veterans Affairs to recognize the service-related disabilities they say antimalarials like mefloquine have caused.

But the committee, which was made up of professionals from the fields of epidemiology, psychiatry, neuroscience and other health disciplines, did not come to that conclusion – instead finding that the 21 existing studies looking at long-term adverse effects of antimalarial drugs were, taken together, inconclusive.

“The committee recognized that adverse events while taking some antimalarial drugs are quite common, but the pressing, well-justified question of whether health problems continue after use has simply not generated the rigorous research needed to answer it,” said committee chair Dr. David Savitz, professor of epidemiology at the Brown University School of Public Health in a statement Tuesday. “The absence of evidence on long-term health effects of these drugs does not mean the link doesn’t exist, only that there is a critical need for well-designed studies to answer important safety questions.”

The committee did find there was empirical basis for additional research into possible long-term adverse events caused by four common antimalarials:

The only case where the committee felt there was sufficient evidence to come to a positive conclusion was the link between tafenoquine and vortex keratopathy – a harmless condition involving microscopic sediment buildup in the cornea.

Dr. Remington Nevin, a former Army epidemiologist and physician who testified before the committee last January, said the report appeared to have been hamstrung by the Department of Veterans Affairs’ decision to restrict the committee from conducting its own review of veterans’ medical records.

"Veterans disabled by the military’s reckless misuse of mefloquine should be deeply disappointed that the VA tied the hands of committee members by preventing them from reviewing their medical records,” Nevin said. “Expert drug regulators in the U.S., Canada, and the European Union have already concluded on the basis of a careful review of such records that mefloquine does cause permanent neuropsychiatric disability. The committee's rushed and error-filled report represents a tragic missed opportunity to begin to recognize the human suffering caused by this drug. Veterans deserve better.”

A spokeswoman for the National Academies said reviewing individual cases was beyond the statement of task the VA set for the committee. She also noted that the committee didn't dispute the body of evidence regarding side effects while actively taking antimalarials:

"There is robust evidence about concurrent side effects of mefloquine. However, not enough studies were designed to specifically determine whether the drugs cause long-term side effects that occur while the drug was in use and persist after cessation; or occur months or years after the drug was stopped. Veterans certainly deserve answers, and even though conducting high-quality research to answer this question is challenging, that should not prevent it from being done."

“Although several other individuals and research groups have reviewed subsets of the literature on mefloquine and its association with adverse health outcomes, they used different frameworks, inclusion criteria, or methods to judge association or causality, and therefore their conclusions may differ from those of this committee. This committee was charged with examining persistent or latent adverse events specifically, not adverse events that occur during use of a drug or immediately after its use has ended. The published literature is very limited in both the number and the quality of studies that examined adverse events 28 days or longer after the use of an antimalarial drug (e.g., mefloquine) ended. Studying the persistent or latent effects of exposures is challenging and there is not one definitive study that can be done to put the issue to rest. But it is possible to design and conduct studies that would contribute to the evidence base on whether there are persistent or latent health outcomes associated with use of an antimalarial drug. Such studies should include explicit documentation of the antimalarial dosage used; timing of both antimalarial drug use and symptom or event occurrence; sufficient sample sizes; extended follow-up of users that includes assessments at multiple time points; and validated documentation of potential confounders and health outcomes, including a careful collection of neurologic and psychiatric outcomes using validated instruments.”

RELATED: How a drug prescribed by the Peace Corps shattered a family

RELATED: The Peace Corps and anti-malaria drugs: What you need to know