Other countries have been hit by school shootings -- and done something 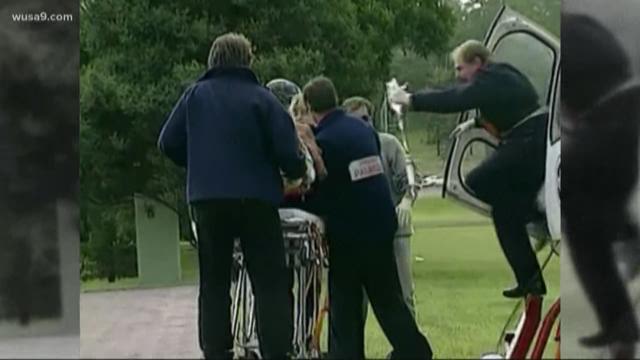 The U.S. is not the only country that's been shaken by school shootings.

But other countries have responded in ways that seem to be keeping their children safe.

Some have responded with the kind of super tough gun control that's likely impossible in the U.S. In Europe, they've instituted stringent background checks and pro-active psychological intervention -- and that seems to be working too.

After a lone gunman killed 35 people in Australia in 1996, Prime Minister John Howard pushed through a ban on semi-automatic rifles, and made it illegal to carry a gun for personal protection.

"The greatest civil right you have is the right to stay alive," said Howard.

The Australian government bought back and destroyed nearly 600,000 banned guns. And while there have still been incidents, Australia has freed itself from fatal mass shootings.

Germany, Finland, and Scotland have also responded to attacks on schools with big policy changes. And they've reduced school shootings to zero over the last decade, unlike the United States, where the carnage continues.

"The difference here is that Europe actually reacted and implemented changes to stop those shootings," said Rick Noack of the Washington Post via Skype.

He points to Switzerland, where gun ownership is high. but school shootings are non-existent. Gun buyers are subjected to a weeks-long background check, and the authorities keep a list of two thousand people they fear may become school shooters.

"So what they do is visit those people with psychologists, they actively reach out to them and get in a discussion with them," said Noack.

He said there's been little debate in Switzerland about confronting people before they've committed any crime, which is something that might raise civil liberties questions in the U.S.

In Germany, if you're under 25, you have to pass a rigorous psychological and medical exam if you want to buy a gun. And teachers in every school are trained to intervene with troubled students and get them help.

It's not clear how many of these policies would be accepted in the U.S. But they do seem to be saving lives.

Germany was hit two years ago by a right wing shooter a couple of years ago who killed nine people. But it wasn't in a school. Germany has gone from the European country hardest hit by school shootings, to no mass school shootings in nearly a decade.