Thousands of protesters gathered in 2016 and 2017 during construction near the Standing Rock Sioux Reservation. The $3.8 billion pipeline runs near the reservation. 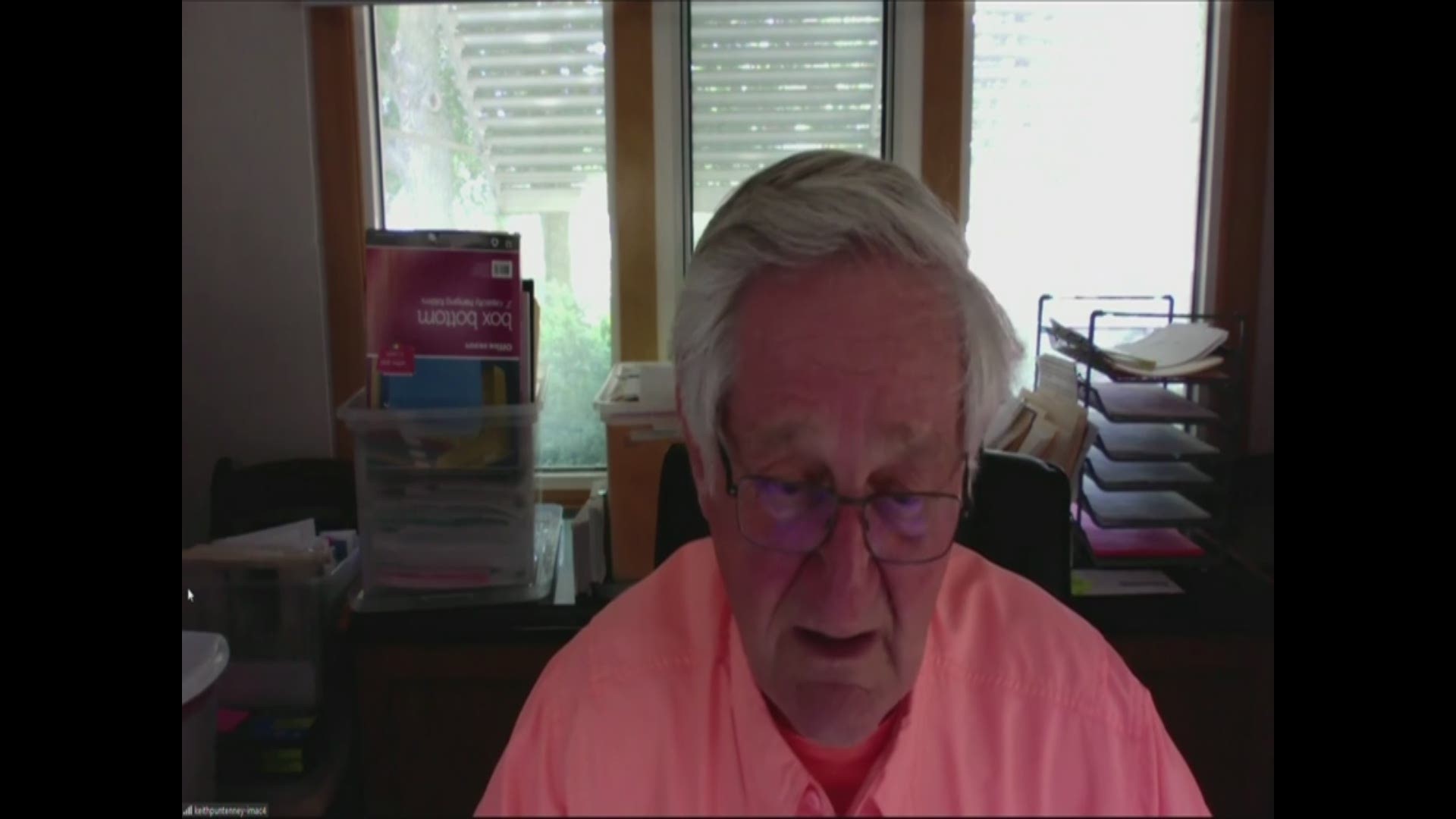 BISMARCK, N.D. — The federal government is asking a judge to dismiss a lawsuit from the state of North Dakota that seeks to recoup $38 million for policing the monthslong Dakota Access Pipeline protests almost four years ago.

The state filed a lawsuit against the U.S. Army Corps of Engineers last July, and a hearing on the government's request to dismiss it was held Tuesday in U.S. District Court in Bismarck, the Bismarck Tribune reported.

Much of the hearing focused on the fact that protesters did not have a permit to camp on land managed by the Corps and on the Corps' effort to create a designated protest area, called a “free speech zone,” in 2016.

Judge Daniel Traynor, who is presiding over the case, said he would rule on the motion to dismiss the case in the coming weeks.

Thousands of protesters gathered in 2016 and 2017 during construction near the Standing Rock Sioux Reservation. The $3.8 billion pipeline runs beneath the Missouri River near the reservation. The tribe draws its water from the river and fears pollution. Texas-based pipeline developer Energy Transfer maintains the pipeline is safe.

During the protests, some demonstrators camped on land managed by the Corps, which also manages the river. Some were on land belonging to tribe members.

“The Corps was faced with an unprecedented event,” said Grant Treaster, an attorney for the U.S. Department of Justice, which is representing the Corps.

Credit: AP
FILE - In this Nov. 20, 2016 file photo, provided by Morton County Sheriff's Department, law enforcement and protesters clash near the site of the Dakota Access pipeline on Sunday, Nov. 20, 2016, in Cannon Ball, N.D. A federal judge on Monday, July 6, 2020 sided with the Standing Rock Sioux Tribe and ordered the Dakota Access pipeline to shut down until more environmental review is done. (Morton County Sheriff's Department via AP, File)

North Dakota Attorney General Wayne Stenehjem noted that the state was “wracked by over seven months of catastrophe as a result of the protests that occurred.”

The state argued in court documents that the Corps “encouraged” demonstrators to protest when it tried to set up a free speech zone on nearby Corps land and by processing protesters’ applications for a permit to use the land, in violation of policies restricting the use of such land to recreational purposes.

In 2017, North Dakota received $25 million to help offset some costs of policing the protests, which included a $10 million grant from a Justice Department assistance program and a $15 million donation from Energy Transfer.

A judge recently ordered the Dakota Access pipeline shut down for additional environmental review more than three years after it began pumping oil.