Starbucks Reserve Roastery Chicago includes coffee beverages with alcohol, an Italian bakery and a station for gelato made with liquid nitrogen. 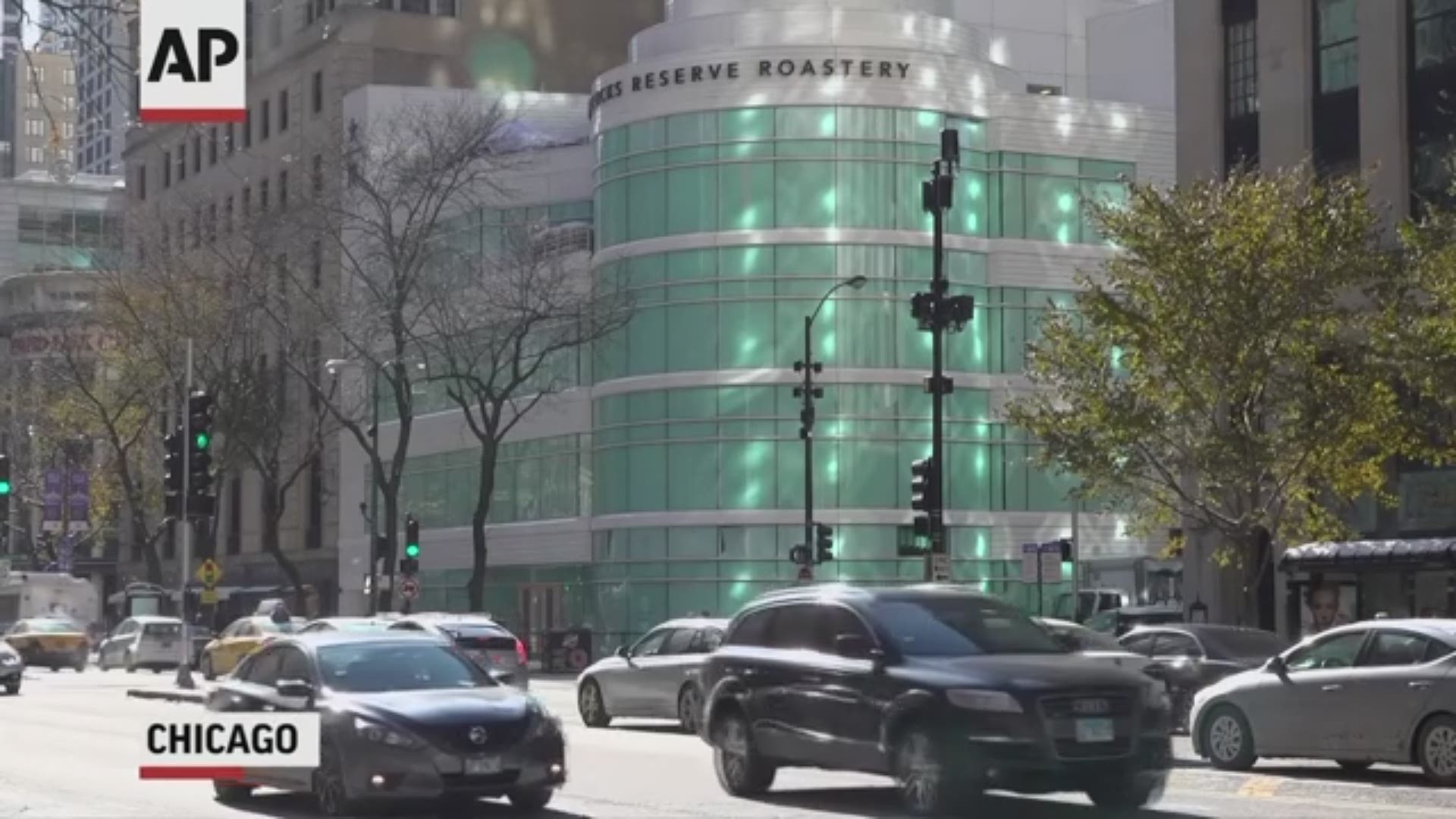 Starbucks opened a five-story, high-end roastery in Chicago on Friday, and they say it is the largest Starbucks in the world. Eater Chicago reports 1,000 people were in line when the doors opened.

Coffee beans are roasted on the premises of the Starbucks Reserve Roastery Chicago, and carried to each floor as needed to fill orders.

The 35,000 square foot facility is home to a fourth-floor bar, where coffee beverages with alcohol are served, an Italian bakery, and a station where guests can watch gelato being made with liquid nitrogen. It's the only Starbucks location in the U.S. to offer on-demand liquid nitrogen gelato.

“The design of the Chicago Roastery was inspired by the iconic Chicago landmark, and the city itself,” Jill Enomoto, vice president of Roastery Design & Concept for Starbucks, said in a statement. “We embraced the building’s natural light, married it with shades of classic Starbucks greens and intentionally wove in design features to encourage customer exploration and highlight the love and respect we have for coffee.”

RELATED: Starbucks holiday cups will be back this week

Nearly 200 people work in the roastery, according to Starbucks, including roasters, baristas, commessas, bakers, and mixologists.

Chicago was the home of the first Starbucks store outside the Pacific Northwest. It opened in 1987.