The CDC has been invited to join the World Health Organization to travel to China as part of their ongoing research and investigation into the virus' spread. 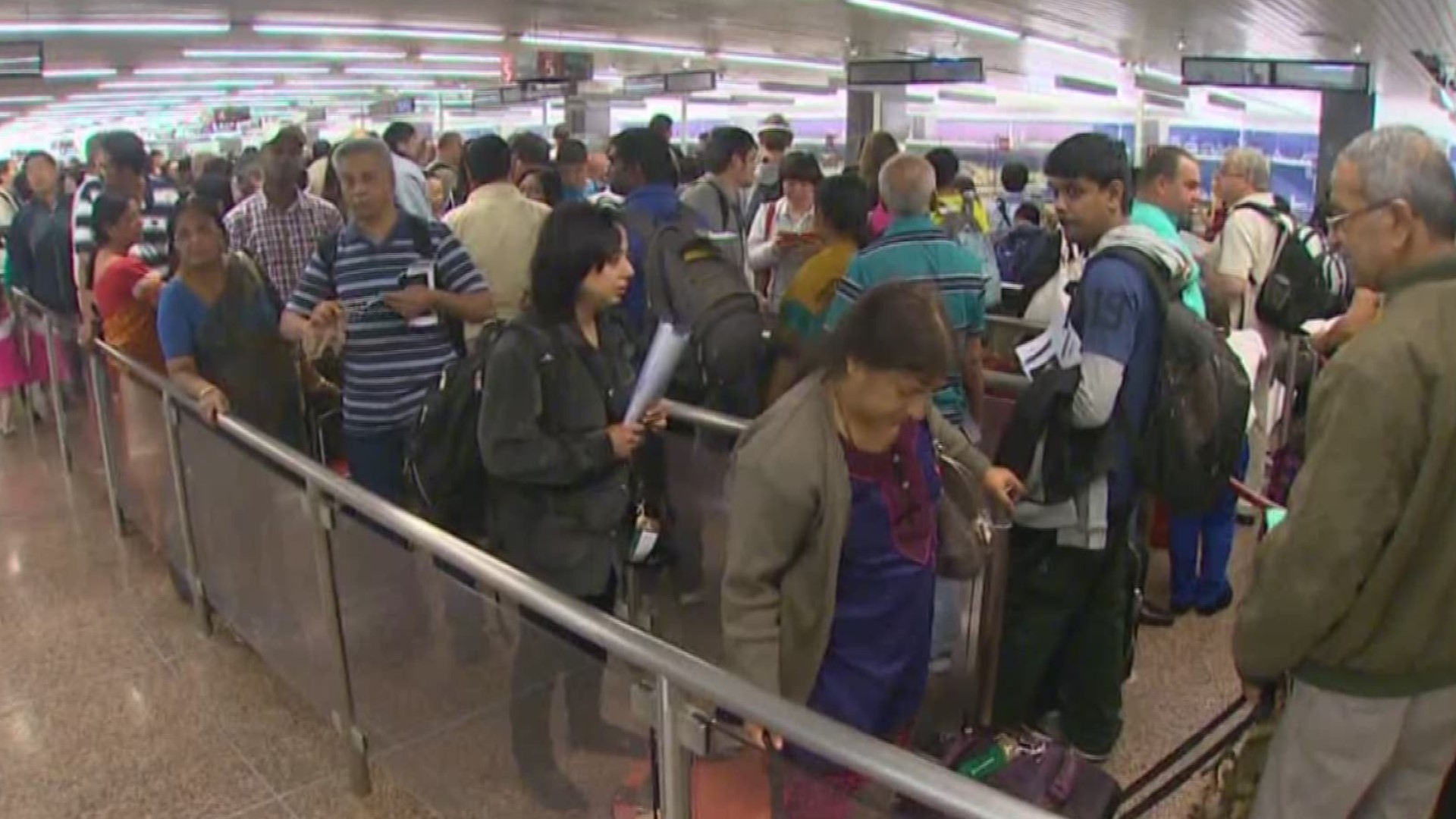 British Airways halted all flights to China and American Airlines suspended Los Angeles flights to and from Shanghai and Beijing as efforts to contain a new virus intensifies.

Several other airlines including Finnair, Hong Kong-based Cathay Pacific and Singapore-based Jetstar Asia are reducing the number of flights to China. British Airways said Wednesday it is immediately suspending all flights to and from mainland China after the U.K. government warned against unnecessary travel to the country.

China has cut off access to Wuhan and more than a dozen other cities to prevent people from leaving and spreading the virus further. American airlines cited plunging travel demand to the region from the West Coast.

The CDC says that the active enhanced screening process at 5 airports at the beginning of the outbreak is separate from the 20 screening stations at airports around the U.S. which came about to beef up screenings. The former being urgent measures taken at the start of the crisis. There are also 2 land screening locations that the CDC confirmed in a teleconference to reporters on Wednesday.

The CDC says as they learn more about the virus, their procedures for containing it could change. The agency confirmed that they are working with the World Health Organization to take a trip to China as part of their ongoing investigations and research. The agency is working with WHO to sort out the particulars and logistics of that trip.

RELATED: VERIFY: Can coronavirus be spread by packages shipped from China?

RELATED: Coronavirus isn't linked to Corona beer, but some people seem to think it is

More in China are now confirmed to have been infected by the coronavirus than were sickened by mainland China's SARS outbreak in 2002-2003. That means the number of confirmed cases has now jumped to at least 5,974 which has surpassed the 5,327 cases with SARS. The coronavirus has now killed over 130 people.

China has cut off access to the city of Wuhan, the epicenter of the outbreak. The U.S. has not put travel restrictions into place, but Department of Health and Human Services Secretary Alex Azar said, “it’s important to not take anything off the table."

Wednesday a plane chartered by the U.S. government evacuated 195 Americans out of the Chinese city that is at the center of the coronavirus outbreak, the CDC confirmed in that Wednesday teleconference. The plane arrived at a Southern California military base Wednesday after everyone on board passed a health screening, the Associated Press reported. The plane was chartered to carry out diplomats from the U.S. Consulate in Wuhan. The 195 Americans that were evacuated were joined on that chartered flight by State Department employees and flight crew.