Bernie Marcus said he intended to support Trump's re-election. Some shoppers vowed to boycott the store, leading to a response from the president. 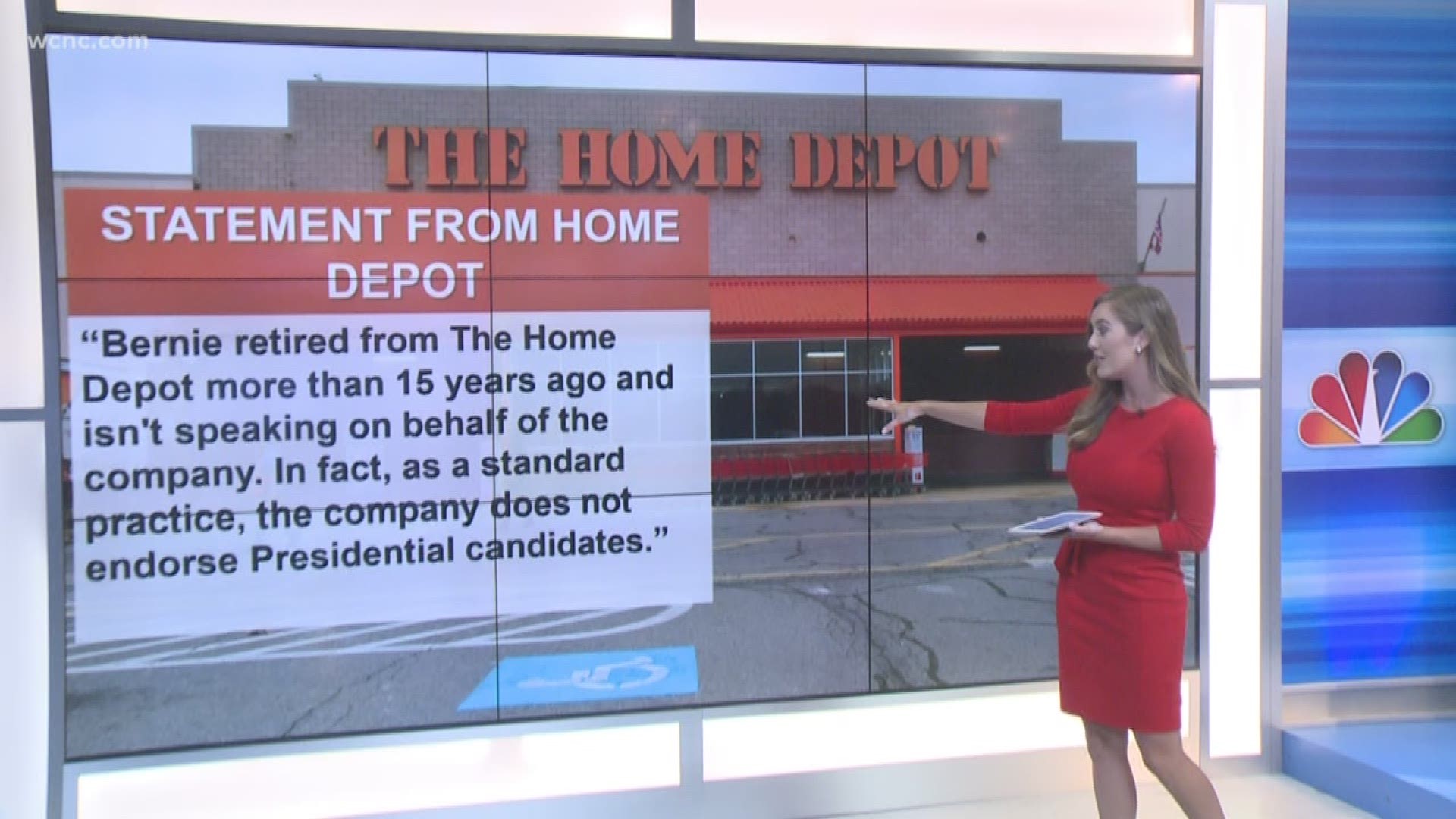 Consumers have taken to social media to call for a boycott of Home Depot after the company's co-founder, Bernie Marcus said he would be donating to President Donald Trump's re-election campaign. Trump has fired back via Twitter.

Marcus spoke on his support of Trump in an interview with the Atlanta Journal-Constitution. While he criticized the president's communication skills, Marcus admired him for "boosting U.S. jobs, confronting China on trade and taking action against Iranian and North Korean aggression."

"He's got a businessman's common sense approach to most things," he told AJC. "Now, do I agree with every move he makes? No, I don't, but the truth is he has produced more than anybody else. He has. If we look at this country I would say we are better off today than we were eight years ago or six years ago."

Marcus also stressed that his political giving is much smaller than his philanthropic donations. "Every day of my life, there are new challenges for me that I want to get involved with," he told AJC.

Many on social media have criticized Marcus for his decision to support the president's re-election campaign. Marcus has been a supporter of Trump in the past, and also donated to his initial presidential run.

Many consumers posted on social media saying they did not want the money they spent at Home Depot to go towards Trump's re-election campaign. However, Marcus retired in 2002. The company told MarketWatch that he "isn't speaking on behalf of the company" and said that it is standard practice for the company not to endorse presidential candidates.

Trump fired back Tuesday night, calling those behind the boycott "Radial Left Democrats" and referring to himself as "your favorite President."

"They don’t want people to shop at those GREAT stores because he contributed to your favorite President, me! These people are vicious and totally crazed, but remember, there are far more great people (“Deplorables”) in this country, than bad. Do to them what they do to you. Fight for Bernie Marcus and Home Depot!" Trump tweeted.

In a separate tweet, Trump indicated boycotts can go both ways.

"More and more the Radical Left is using Commerce to hurt their 'Enemy.' They put out the name of a store, brand or company, and ask their so-called followers not to do business there. They don’t care who gets hurt, but also don’t understand that two can play that game!," Trump tweeted.

Trump himself has called for, or voiced support for, boycotts in the past against companies including Apple, Macy's, Harley Davidson, and CNN.