Government leaders in the U.S. are warning that the massive protests following the death of George Floyd in Minneapolis could fuel a new surge in coronavirus cases. 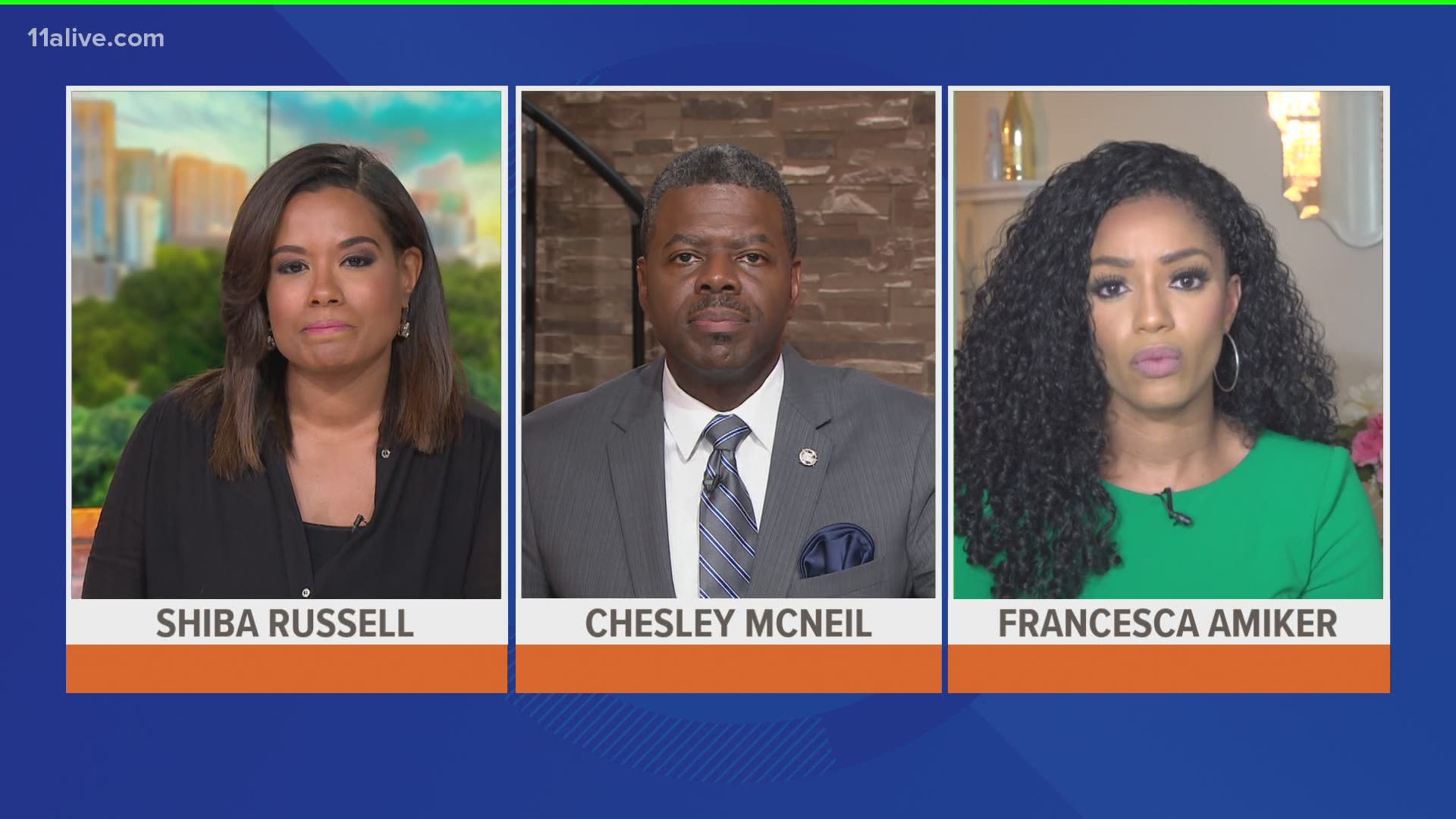 The mayor of Atlanta, one of dozens of U.S. cities hit by massive protests, has a message for demonstrators: "If you were out protesting last night, you probably need to go get a COVID test this week."

As more beaches, churches, mosques, schools and businesses reopened worldwide, civil unrest in the United States over repeated racial injustice is raising fears of new coronavirus outbreaks in a country that has more infections and deaths than anywhere else in the world. And it's not just in the U.S. — London hosted a large anti-racism protest Sunday that certainly violated government social distancing rules.

Atlanta Mayor Keisha Lance Bottoms warned that "there is still a pandemic in America that's killing black and brown people at higher numbers."

"We have two crises that are sandwiched on top of one other," Minneapolis Mayor Jacob Frey said.

Violent protests over the death of George Floyd by police have shaken the country from Minneapolis to New York, from Atlanta to Los Angeles. Some protests have turned into riots and clashes with police, leaving stores in flames and torched cars in the streets. City officials ordered overnight curfews to quell the violence.

Floyd, a black man, died May 25 in Minneapolis saying "I can't breathe" after a white police officer pressed a knee into his neck. It was the latest in a series of deaths of black men and women at the hands of police in America.

Health experts fear that silent carriers of the virus could unwittingly infect others at protests where people are packed cheek to jowl, many without masks, many chanting, singing or shouting. The virus is dispersed by microscopic droplets in the air when people cough, sneeze, sing or talk.

"Whether they're fired up or not, that doesn't prevent them from getting the virus," said Bradley Pollock, chairman of the Department of Public Health Sciences at the University of California, Davis.

The U.S. has seen over 1.7 million infections and nearly 104,000 deaths in the pandemic, which has disproportionately affected racial minorities in a nation that does not have universal health care.

Even the many protesters wearing masks are not guaranteed protection. The U.S. Centers for Disease Control and Prevention says cloth masks keep infected people from spreading the virus but are not designed to protect wearers from getting it.

Mass protests in connection with Floyd's death were also being held in Europe.

In London, thousands of people marched Sunday  chanting "No justice! No peace!" while carrying signs reading "Justice for George Floyd" and "Racism is a global issue." Many demonstrators were not wearing masks and most in the crowd at Trafalgar Square were packed closely together.

In Berlin, hundreds of protesters picketed outside the U.S. Embassy on Saturday night under the motto: "Justice for George Floyd." Others marched near the U.S. embassy in Copenhagen, Denmark.

Many Americans returned Sunday to in-person church services for the first time in weeks and tens of thousands of mosques reopened across the Middle East, but countries from India to Colombia still saw rising numbers of new infections.

Nearly 6.1 million infections have been reported worldwide, with nearly 370,000 people dying, according to a tally by Johns Hopkins University. The true death toll is believed to be significantly higher, since many victims died of the virus without ever being tested.

The situation worsened Sunday in India, where new daily cases topped 8,000 for the first time and 193 more deaths were reported. Despite that, India still is easing restrictions on shops and public transport in more states beginning Monday, although subways and schools will remain closed.

In Saudi Arabia, mosques reopened Sunday for the first time in more than two months, but Islam's holiest site in Mecca remained closed. In Jerusalem, throngs of worshippers waited outside the Al-Aqsa Mosque before it reopened. Many wore surgical masks and waited for temperature checks as they entered.

In Bogota, the capital of Colombia, authorities were locking down an area of nearly 1.5 million people as cases continued to rise. Mayor Claudia Lopez said no one in the working-class Kennedy area — inaugurated by the late U.S. President John F. Kennedy in 1961 — will be allowed out, except to seek food or medical care or in case of an emergency. Factories must also close. The area has reported more nearly 2,500 infections and hospitals are reaching their limits.

In Spain, Prime Minister Pedro Sánchez said Sunday that he would ask Parliament for a final two-week extension of the nation's state of emergency that is set to expire on June 7. That allows the government to keep ordering lockdown measures to control its coronavirus outbreak, which has claimed at least 27,000 lives, many of them in overwhelmed nursing homes.

Elite sporting events will be allowed to resume in England starting Monday without spectators, paving the way for the planned June 17 return of the Premier League, the world's richest soccer competition.

But England's deputy chief medical officer Jonathan Van-Tam warned that the situation remained precarious even before Sunday's protest in London. Britain has seen nearly 38,500 virus deaths, the second-highest in the world after the United States, and the Conservative government has been criticized for being to slow to react to the crisis.

"I believe this is also a very dangerous moment," he said. "We have to get this right."

At the Vatican, Pope Francis cautioned people against being pessimistic as they emerge from coronavirus lockdowns.

During Mass in St. Peter's Basilica to mark Pentecost Sunday, Francis noted a tendency to say that "nothing will return as before." That kind of thinking, Francis said, guarantees that "the one thing that certainly does not return is hope."