A Reuters poll out Wednesday shows Biden at a 13-point lead over the president, and an earlier CNN poll this month had Biden at 14 points ahead. 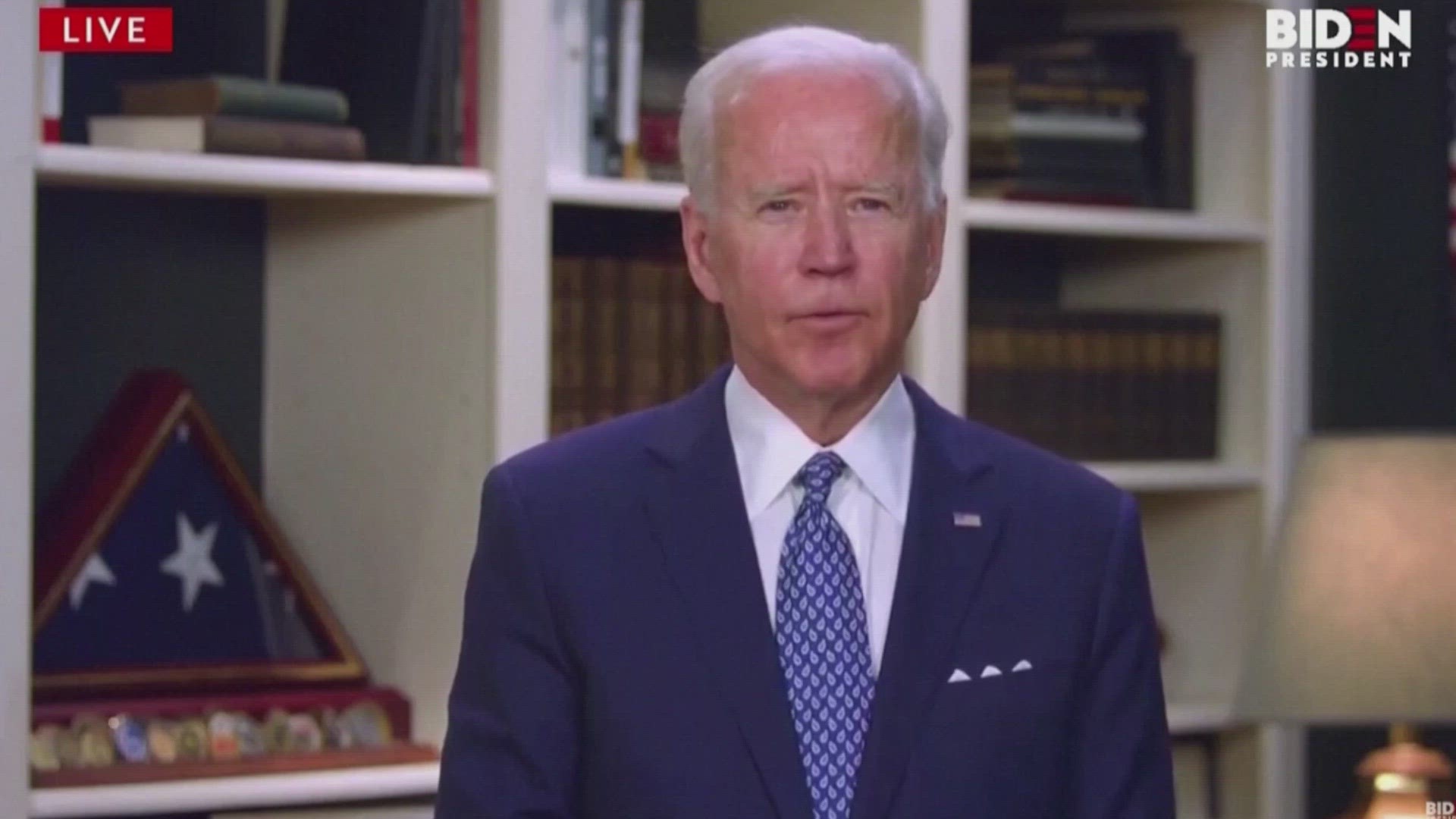 WASHINGTON — New data from this week shows Democratic presidential candidate Joe Biden at a 13-point lead over incumbent Donald Trump, making it the widest margin in 2020 between the two. The data, from a Reuters/Ipsos poll out Wednesday, looks at responses from registered voters between June 10-16, of which 48% said they'd back former Vice President Biden in the Nov. 3 election.

35% of respondents said they would support Donald Trump in November.

According to the Reuters/Ipsos poll, Biden's current advantage is the largest since the Democrats began state nominating contests this year.

Earlier this month, Trump's campaign for reelection sent a cease-and-desist letter to CNN requesting that the network apologize for a poll which showed Biden at a 14-point lead over Trump, Axios reported.

In CNN's survey, the network said they found that an "overall" 38% of respondents approved of the way that Trump was handling the presidency, while 58% disapproved. CNN said it was Trump's worst approval rating since January of 2019, putting him "roughly on par" with the same approval ratings of Jimmy Carter and George H.W. Bush at the same point in their presidency. Both Carter and Bush were one term presidents.

The former vice president said Trump has repeatedly prioritized the economy and the standing of financial markets over the nation’s health, saying, “Trump has basically had a one-point plan: Open businesses.”

Trump’s reelection campaign argues that the Republican president issued “science-based” guidelines to jump-start the economy weeks before Biden did, as the Associated Press reports.

Joe Biden is returning to the battleground state of Pennsylvania as the presumptive Democratic presidential nominee intensifies his criticism of the Trump administration’s handling of the coronavirus outbreak.

Last week, Biden was in Philadelphia to unveil a multifaceted plan he said would gradually reopen the economy, increasing growth while not putting business owners or consumers at unnecessary risk. The former vice president promised that, if elected, he would guarantee testing for the virus and protective equipment to guard against its spread for people called back to work.

Biden’s Wednesday appearance was set for Darby, near the Philadelphia airport and about half an hour’s drive from his home in Wilmington, Delaware.