Kim Mulkey suggested that the NCAA "dump the COVID testing" and let those teams "battle it out." 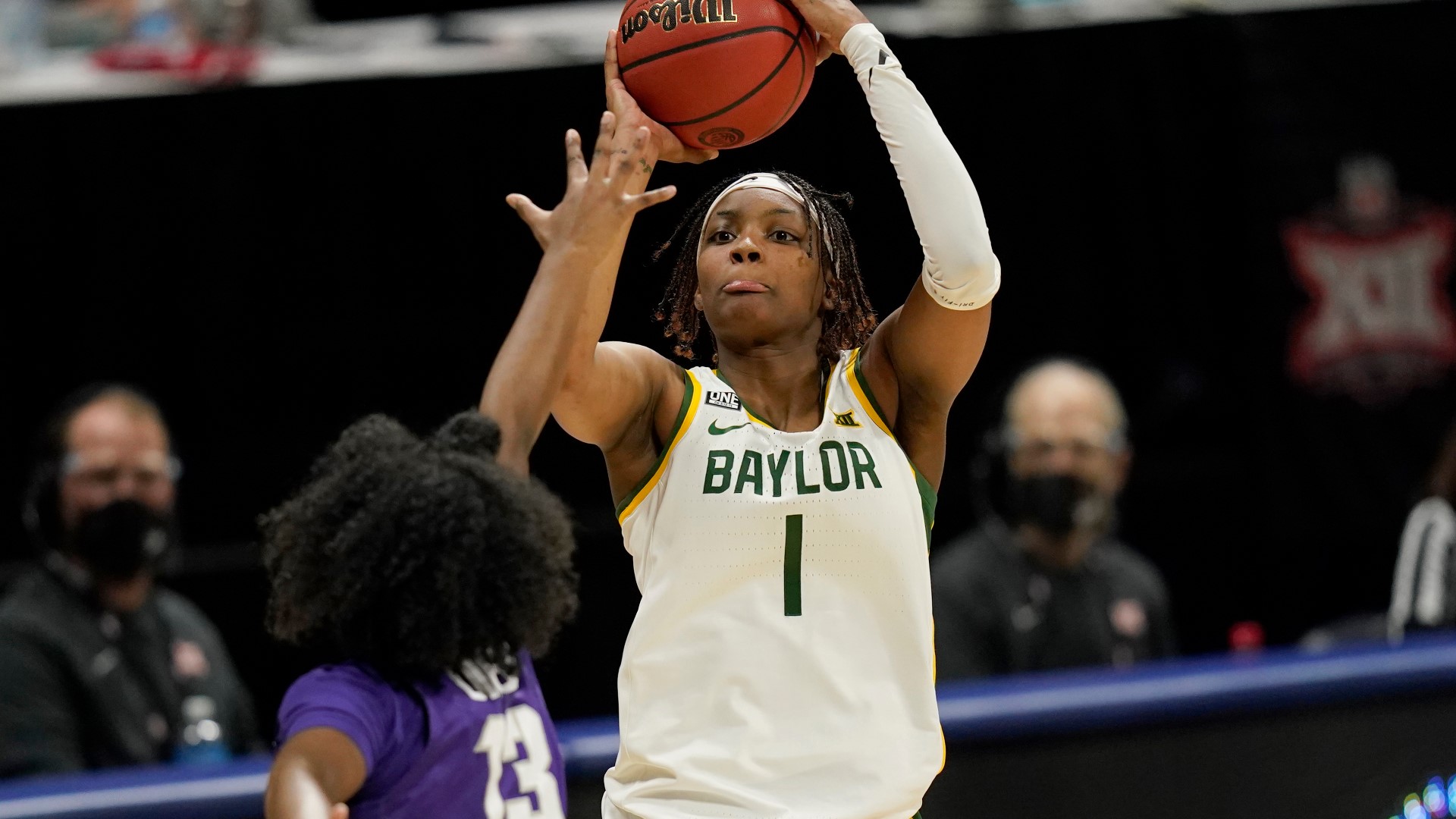 Baylor coach Kim Mulkey thinks the NCAA should do away with COVID-19 testing for the Final Four and implied Monday night that players should be able to participate in those games even if they're infected with the coronavirus.

"I don't think my words matter, but after the games today, tomorrow, there's four teams left I think on the men's side and the women's side," Mulkey said, unprompted, after her team lost to UConn 69-67 in the Elite Eight. "They need to dump the COVID testing."

Players and coaches at both tournaments have been tested daily and have been wearing devices that help assist with contact tracing. As of Saturday, there had been two confirmed positive tests at the women's tournament with over 15,400 administered.

The last positive result among the players, coaches and others working at the tournament was reported on March 22 from daily antigen testing. Any false positives are quickly retested using a PCR test, which is considered more accurate.

"Wouldn't it be a shame to keep COVID testing and then you got kids that end up having tested positive or something, and they don't get to play in the Final Four," Mulkey said. "So you need to just forget the COVID tests and let the four teams that are playing in each Final Four, go battle it out."

Mulkey tested positive for COVID-19 in January, forcing the cancellation of Baylor's regular-season meeting with UConn.

Credit: AP
Baylor head coach Kim Mulkey talks to her players during the first half of an NCAA college basketball game against UConn in the Elite Eight round of the Women's NCAA tournament Monday, March 29, 2021, at the Alamodome in San Antonio. (AP Photo/Morry Gash)

The Pac-12 is showcasing its strength at the NCAA Tournament in both the men's and women's events.

Six conference teams qualified for the women's tournament: Stanford, Oregon, Oregon State, Arizona, Washington State and UCLA. The league was represented by five teams on the men's side in Oregon State, Oregon, USC, UCLA and Colorado, the most since 2016.

There's always been the complaint that Pac-12 games are on TV too late for East Coast fans, so the visibility from the tournament is welcomed by coaches. And it's led to some mutual support: Stanford's Tara VanDerveer has been texting Oregon State men's coach Wayne Tinkle, among others.

VanDerveer says the Pac-12 is doing "awesome" and she's so excited for the league.

"I've been texting with Kelly Graves (Oregon women) and Cori Close at UCLA and Adia (Barnes, Arizona women)," VanDerveer said. "I think the West Coast is representing really well. And I'm really excited about how the Pac-12 is doing in both men's and women's basketball."

Barnes didn't mince words about the strength of the Pac-12. Barnes and Arizona are set to play Indiana on Monday night for a spot in the Final Four.

"We play in the best conference in the country," Barnes said. "The Pac-12 has prepared us for this. Night in and night out in the Pac-12, we're playing teams like Stanford, UCLA, great teams, Oregon State, Oregon. Coming and playing an SEC team is just different, but we're prepared for that."

The Texas Longhorns have a new fan, at least for one game, in Drake.

The rapper from Toronto predicted Texas' upset of Maryland in an Instagram story on his verified acount that said, " VEGAS RUN ME MY UPSET MONEY."

Texas women's basketball shared that second post on Twitter, saying "I'm wayyyyyy up. I feel blessed" with a musical emoji and the hook 'em horns emoji.

Kyra Lambert wanted to play her final year closer to home by transferring to Texas after graduating from Duke. Now she's playing in the Elite Eight in San Antonio and couldn't get much closer to her hometown.

Cibolo, Texas, is about 25 miles from the Alamodome where sixth-seeded Texas upset Maryland 64-61 on Sunday night to reach the Hemisfair Region final.

"Honestly, this is a story I couldn't write, I couldn't imagine," Lambert said Monday. "This is tangible evidence of how good God is. That's it. I mean grateful for this opportunity, excited to be here and excited to lead this team and excited to keep it rolling."

Texas plays top-seeded South Carolina on Tuesday night with a berth in the Final Four on the line.

"It was an incredible, incredible time," VanDerveer said Monday. "We got there and I just remember looking at Thompson-Boling Arena and thinking, 'Oh my gosh! Wow!' And I just said, 'You know I don't know if we're ever coming back, so let's try to win it while we're here.'"

Stanford beat Auburn in 1990 in Knoxville, Tennessee, for its first of two national championships. Stanford will be trying for its 14th Final Four berth Tuesday night playing Louisville in the Alamo Region final.

Either Arizona or Indiana will earn its first Final Four berth Monday night facing off in the Mercado Region final. VanDerveer made clear it was really hard for her to root for either. She went to Indiana and played in an AIAW Final Four but coaches in the Pac-12. Vanderveer is splitting her support.

South Carolina coach Dawn Staley said it's up to the next generation of women's basketball coaches and assistants to stay vigilant in making sure the game stays healthy.

Staley said those coaches and others who care about the game must remember to balance the game with ensuring they leave it better than when they first got involved. It's similar, she said, to her making sure her players have tools to succeed away from the court, too.

"If they don't grow and become young women when they leave our program, I've done them a disservice," Staley said.