It's been one of the biggest gaming hits recently. And one psychologist says it might not be such a bad thing that people can't get enough of it. 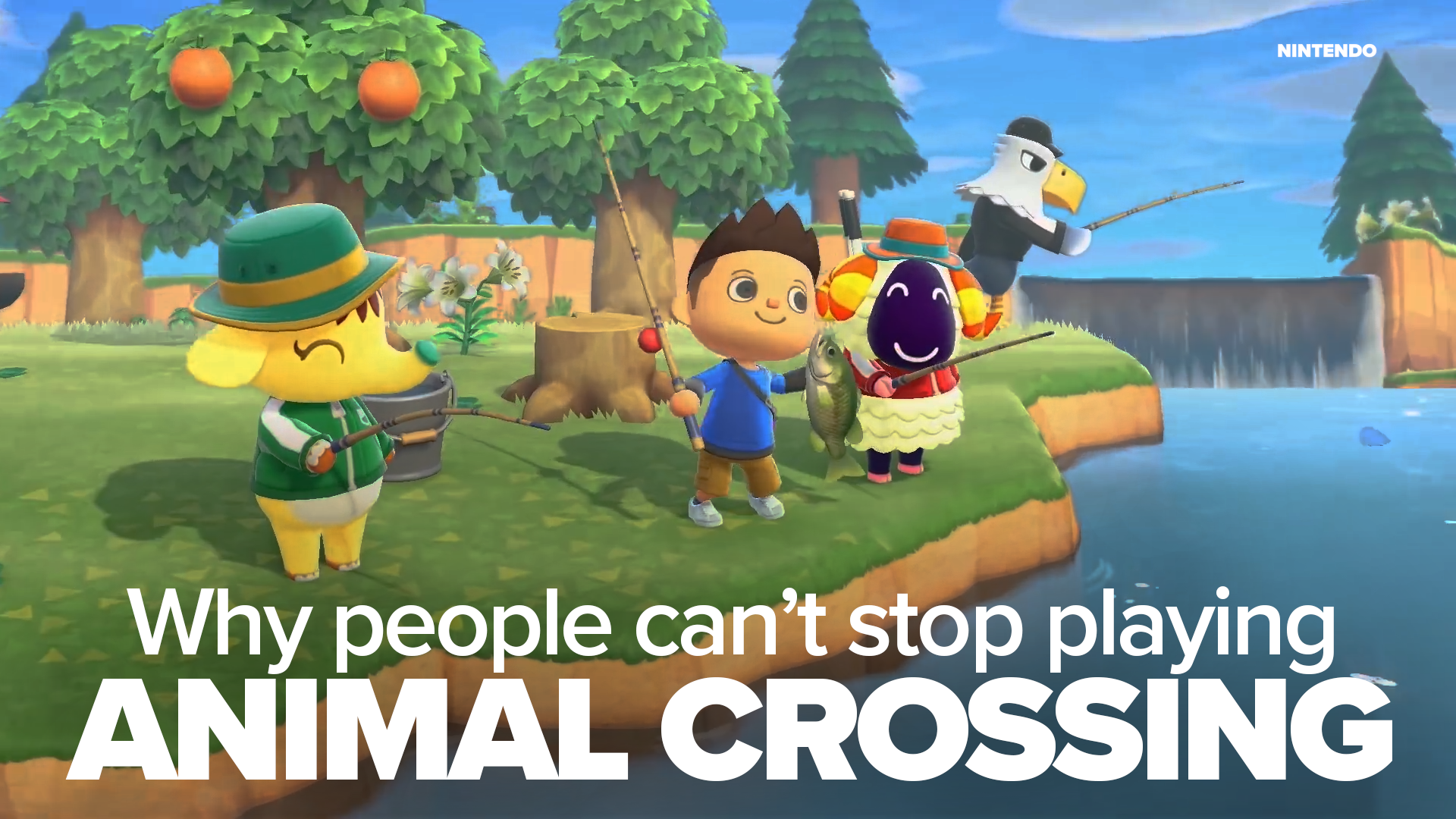 WASHINGTON, D.C., USA — Life during the coronavirus pandemic may be frightening, stressful and dangerous, but things are quite the opposite on Rui Zhong's personal island.

There's no lockdown preventing customers from patronizing her specialty space-themed cafe, no mandatory face masks in the stores and no televisions broadcasting dire news reports. She can even hang out with her friends (gasp!) within six feet of each other.

Zhong, 28, has found comfort and community in the world of "Animal Crossing," a Nintendo video game that's become a hit with people in quarantine. A big fan of the game, she first started playing it in high school on Wii and pre-ordered the Switch version earlier this year.

"Animal Crossing" initially developed its devoted following in the early 2000s among gamers, like Zhong, when it was released for Nintendo 64 and GameCube, then Nintendo DS and Wii. Nearly 20 years later in March 2020, Nintendo released the game again for its convertible Switch gaming console under the title "Animal Crossing: New Horizons."

The timing, though not related to the pandemic, was certainly auspicious for the company. One day before the game's March 20 release, the governor of California announced the country's first stay-at-home order. Within a week, 23 states announced similar directives.

The coronavirus quickly forced millions of Americans into isolation, stunting social outlets and fueling fear and anxiety. Home-bound, many of them took up video gaming to pass the time.

As a result, Nintendo sales remained strong during a time when most businesses are facing financial crises.

"Animal Crossing: New Horizons" also proved to be a groundbreaking game for the company and the Switch console. Nintendo reported selling 11.77 million units, making it the best start for a Switch title to date.

The company's sales mirror trends across the entire video gaming industry in March, which saw its highest sales numbers for any March since 2008, according to industry analysts at The NPD Group.

So while it may not be a surprise that Americans are drawn to video games to pass the time while quarantining, fans say the tranquilly mundane world in "Animal Crossing" feels particularly comforting in a time of crisis.

RELATED: Jobless rate spikes to 14.7%, highest since the Great Depression

In the game, players roam around a colorful, cartoony island collecting resources that can be exchanged for money. That money is used to purchase customizable furniture, clothes and buildings. A cheerful color palette and relaxing music contribute to a largely stress-free player experience.

"Animal Crossing's kind of like knitting, but a video game," Zhong said.

"It's certainly engineered to be soothing in certain ways," she added.

Video game researcher and psychologist Dr. Rachel Kowert, who is also a fan of the game, agreed.

"It's cute, it's colorful and you don't need a lot of skills to play Animal Crossing. It's low pressure, nothing's chasing you. You're just building a house and fishing and collecting things," she said.

"Animal Crossing is meant to be ordinary. It presents a mostly regular, everyday world. That’s why I try to call to mind the actual experiences you find during everyday life, and the more inconsequential thoughts and feelings that come up in ordinary, nondramatic daily life," the composer behind the game's low-key music, Kazumi Totaka, told The Washington Post.

But it's not just the game's design that makes it the perfect quarantine pastime. It's also become a socialization tool for friends and family members who are separated during the pandemic.

"One of the things that I've really enjoyed is connecting with friends while playing. There's a voice-chat app that links to the online services, so I've actually reconnected with one of my college roommates who I haven't talked to in a while, and we catch up while playing games," Zhong said.

Besides chatting and playing with friends, users are even finding ways to virtually recreate milestone events like weddings and graduations that have been canceled due to the pandemic. 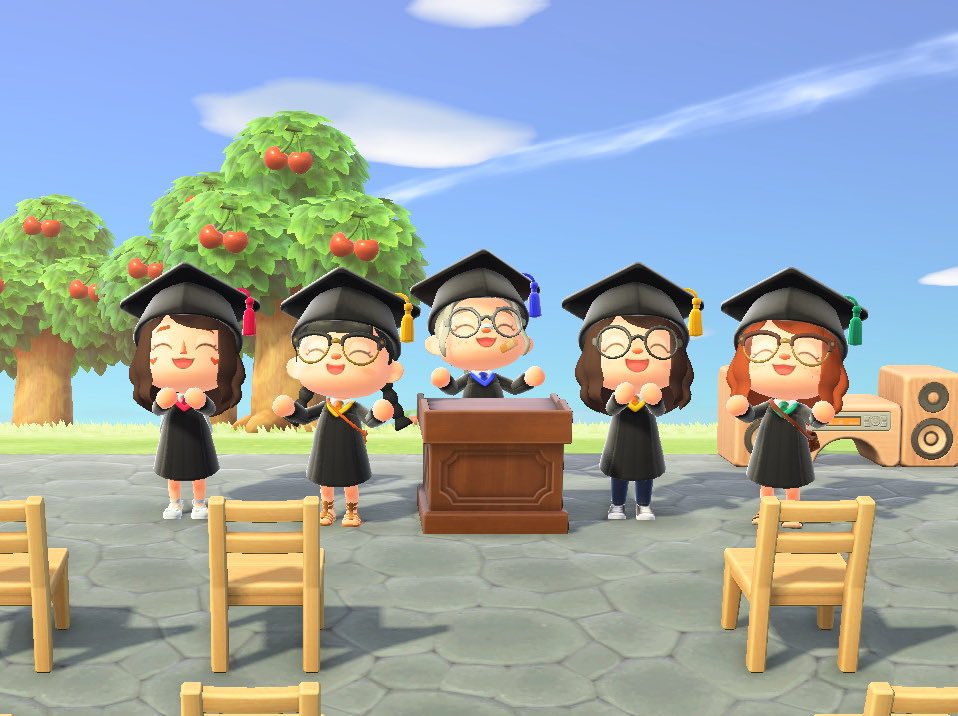 The game's capacity for social interaction is noteworthy to Dr. Kowert, who studies gaming's social and psychological impacts, particularly among vulnerable populations like socially anxious, lonely or geographically isolated people.

Her research shows that the socialization function in games like Animal Crossing can lead to health benefits like a boosted immune system and greater cognitive functioning.

"Games are great for stress reduction. They are great for socially connecting and they're actually great learning tools. Research has found that games can be associated with learning things like persistence and resilience and a growth mindset," she said.

Video games have even been used by health care providers for applications like pain management, psychological distraction and occupational therapy.

And in response to ongoing public debate on the effects of playing violent video games, the American Psychological Association recently affirmed its stance that there is not enough evidence to prove a causal link between violent video games and violent behavior.

"I think it's important to have balance-- go outside, run around, bake some bread," Dr. Kowert said.

The CDC recommends children be active for at least 1 hour every day, while the American Academy of Pediatrics urges parents to limit children's screen time to no more than 1-2 hours each day. Children under the age of two should not be exposed the screens at all.

The Entertainment Software Ratings Board, which issues content warnings and ratings for video games, also urges parents to limit their children to age-appropriate games and set parental controls on devices.

But while balancing working from home and childcare during the coronavirus pandemic, it can be difficult for many parents to limit their children's screen time.

For example, Dr. Kowert's son likes to play Minecraft with a friend who he can no longer play with in person.

"Maybe have a little more flexibility, and try to be aware of what purpose playing this game is serving. Is it just to waste time? Is it just to avoid doing schoolwork, or are they using it as a way to socially connect with the friends that they're missing?" she said.