70 people arrested during Kavanaugh hearing; protest organizers say 'these are not normal times' 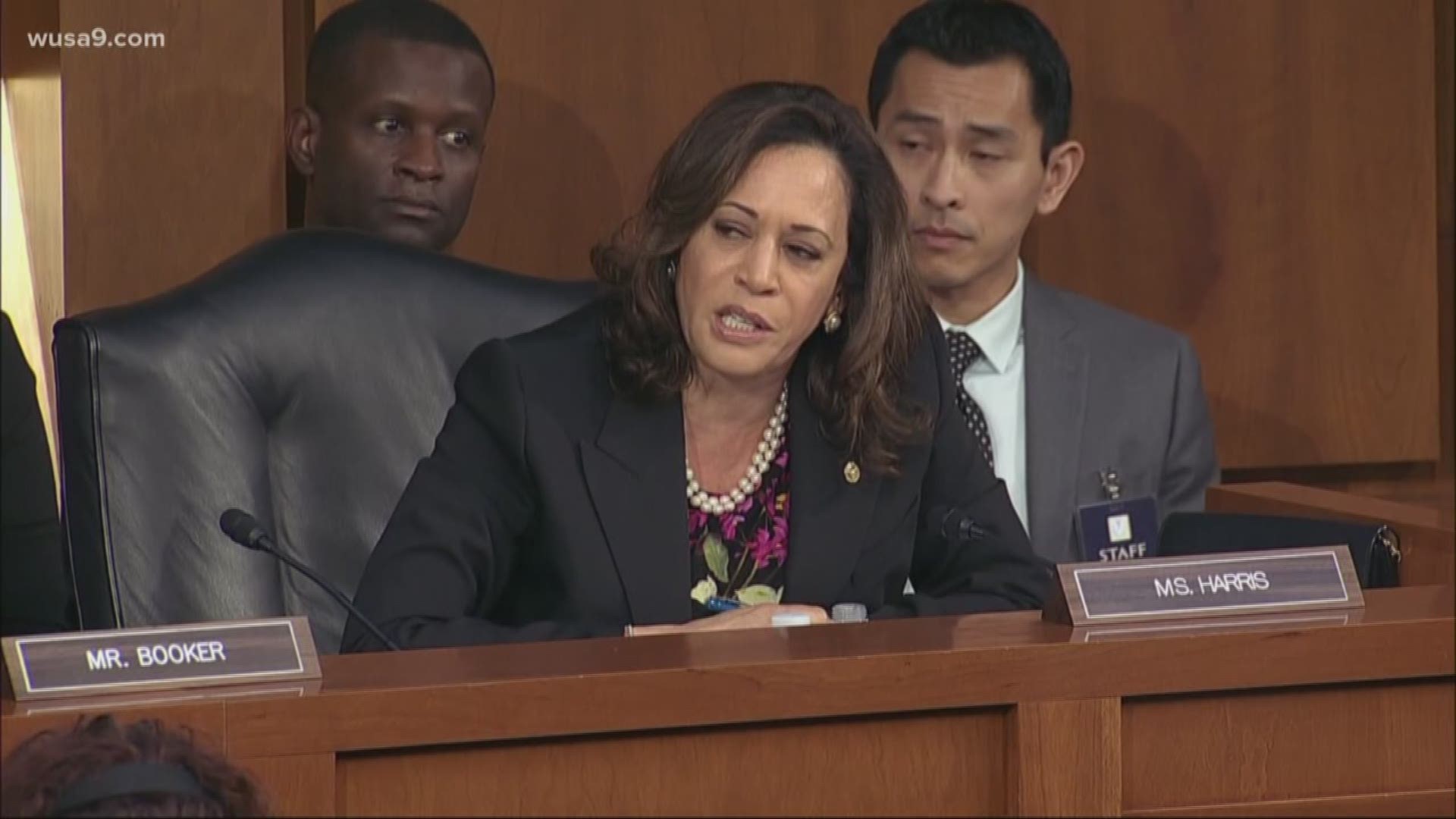 A coalition of groups opposing Brett Kavanaugh's Supreme Court nomination urged protesters to travel from throughout the U.S. to disrupt his Senate confirmation hearings this week, escalating the tension over President Donald Trump's pick for the high court.

Capitol police arrested 70 people for outbursts and disruptions during Kavanaugh's hearing Tuesday — and the protests continued during his testimony Wednesday.

The protests were so frequent at times that Wednesday's hearing assumed a decidedly halting cadence, as Republican senators expressed frustration at the interruptions. On Wednesday, police temporarily closed off the hearing from additional spectators at one point, leaving some seats empty.

Protest organizers defended their intentionally disruptive strategy as vital to preserving civil rights and democracy. They described Kavanaugh's views on women's rights, LGBT issues and health care as extreme and decried Trump's authority to nominate him.

"The protests are not normal, but these are not normal times," said Jennifer Epps-Addison, network president and co-executive director of the Center for Popular Democracy Action, which helped coordinate the protests. "These women are standing up because they know that if they’re quiet now and they allow these rigged, shamed hearings to proceed, their lives are going to be impacted in the future."

She acknowledged that "the tactic of direct and sustained protests hasn’t been seen in these types of hearings before."

Credit: Chip Somodevilla/Getty Images
Demonstrators dressed as characters from 'The Handmaid's Tale' protest outside the hearing room where Supreme Court nominee Judge Brett Kavanaugh was to testify before the Senate Judiciary Committee on Capitol Hill September 5, 2018.

But she said the protesters are prepared to continue as long as the Kavanaugh hearings are happening, saying it's a "travesty" to proceed after Trump was implicated as a "co-conspirator" in crimes with his former attorney, Michael Cohen.

Soon after the Kavanaugh hearings were scheduled, the Center for Popular Democracy Action worked with other advocacy groups, including the Women's March, Ultraviolet and NARAL, to urge supporters to flood the capital, Epps-Addison said.

"Once we knew the hearings were going to happen, we started putting out a call through our networks, and regular folks who know the impact this will have on their lives started raising their hands and saying, 'I’m coming,'" Epps-Addison said. "We’ve had people carpooling and caravanning to get here."

Rachel O'Leary Carmona, chief operating officer of the Women's March, confirmed that her group had coordinated a plan to disrupt the hearings. That included offering lodging to traveling protestors and "jail and bail support," if necessary.

"Folks realize we’re at an inflection point as a country," she said. "The disruptions will continue all week and the escalated tactics, as it pertains to this hearing, are not an isolated incident."

Republicans called Kavanaugh an experienced jurist, a reasonable person and a good man worthy of confirmation. They blasted the disruptive protests as inappropriate.

With protestors vocalizing their discontent in the background, Sen. Orrin Hatch, R-Utah, called the behavior "insolence" as he addressed Kavanaugh on Tuesday.

"Frankly, these people are so out of line they shouldn't even be allowed in the doggone room," he said.

Sen. John Cornyn, R-Texas, compared the slew of protestors to "mob rule," describing it as "pandemonium" that's "unlike anything I’ve seen before in a confirmation hearing."

Amanda Thayer, deputy national communications at NARAL, said her group "has not coordinated any of the arrests happening in the hearing room."

But she said the protests reflect a "roomful of people unified under this understanding that the rights that we hold dear are under grave threat right now with this nomination."

Epps-Addison of the Center for Popular Democracy Action was among the protesters dragged out of Tuesday's hearing, which she called a "sham."

"I was the second woman who stood up and spoke my peace," she said. "I was very, very brief. I asked the senators to be heroes — to help save our democracy and to vote no on Kavanaugh before I was tackled to the ground by four officers."

The protestors were given tickets but braced for worse, Epps-Addison said.

"Everybody who took an arrest yesterday was prepared to take a federal charge for disrupting a Senate hearing," she said. "We knew the risks going in, but we knew that this was a moment that we had to stand up."

Other groups have also garnered attention for their protests, including silent protests and other sensational rallies.

Liberal advocacy organization Demand Justice organized a group of women dressed as "handmaids" from the television show The Handmaid's Tale to stand quietly in the hallway, signifying their belief that Kavanaugh would suppress women's reproductive rights.

"Despite what the Trump administration would have us believe, this country does NOT want to turn back the clock on our basic freedoms," Demand Justice said in a Facebook event notice coordinating another protest on the Capitol lawn. "We're going to make sure our senators hear us."