The weekend work is to prepare for the summer shutdown of the same stations, which starts in three weeks on May 25 and lasts until September 8. 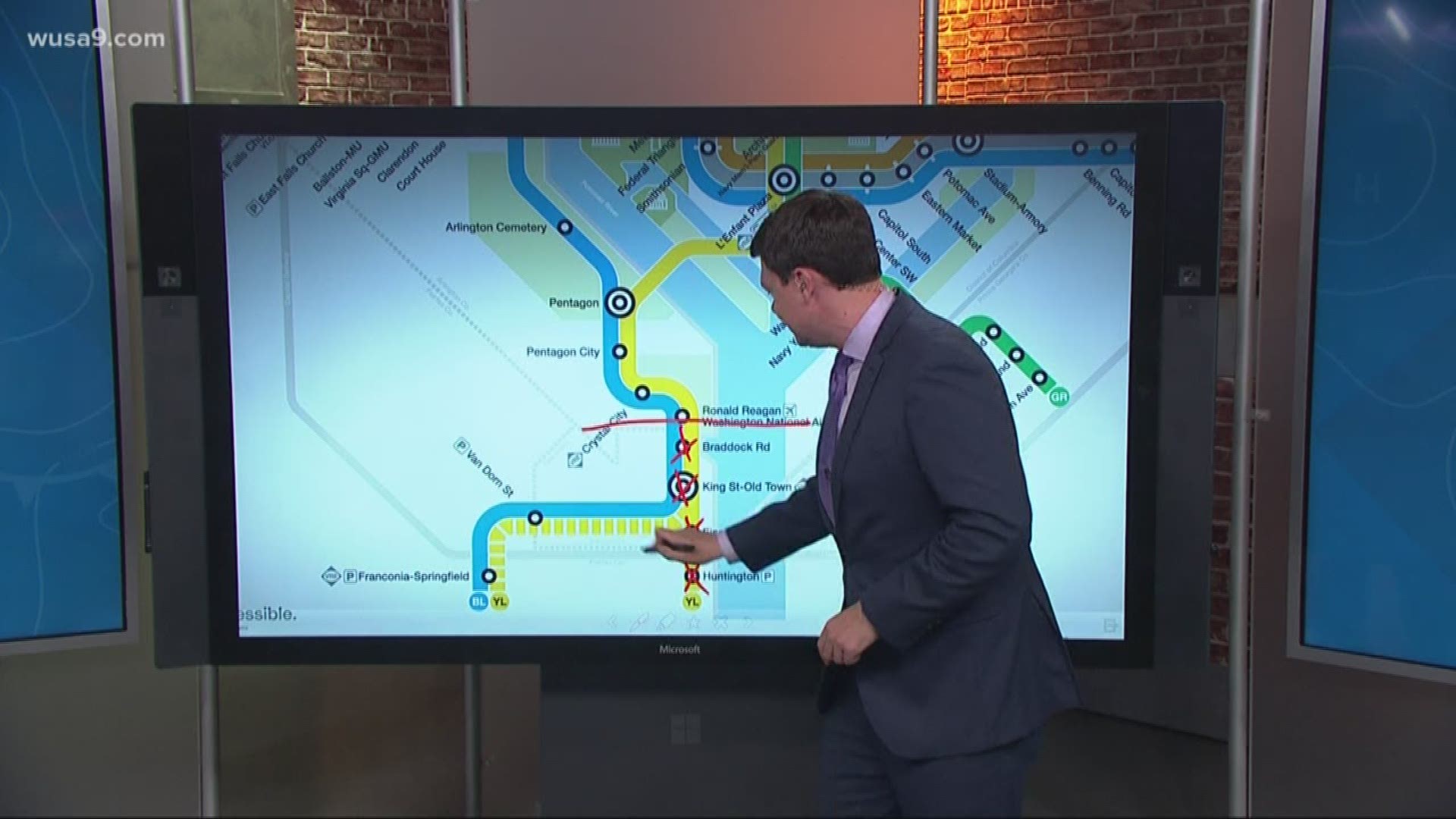 ALEXANDRIA, Va. — Weekend Metro riders — and Metro workers — are about to get a taste of Metro’s summer-long shutdown on the Blue and Yellow lines.

May 4 and 5, Metro will be closed south of Reagan National Airport— six stations in all. Trains will be replaced by free shuttle buses at Braddock Road, King St-Old Town, Eisenhower Ave, Huntington, Van Dorn Street and Franconia-Springfield.

The closure complicates getting to the airport for anybody coming from the south, so start looking for an alternative now.

The weekend work is to prepare for the summer shutdown of the same stations, which starts in three weeks on May 25 and lasts until September 8. Metro officials said aging station platforms have crumbled to dangerous levels and a summer-long blitz maintenance blitz is the most efficient way to tackle the problem.

“The advance work this weekend is necessary due to the complexity of the project and will allow Metro’s contractor, Kiewit, to begin construction on the first day of the summer shutdown,” said a Metro news release. “Crews will perform inspections on the six platform structures, install cable supports, stage heavy equipment and materials, and other pre-construction activity.”