The bridge is the region's worst choke point. With Virginia building new HOT lanes, Maryland promises a public-private partnership will connect them to new bridge. 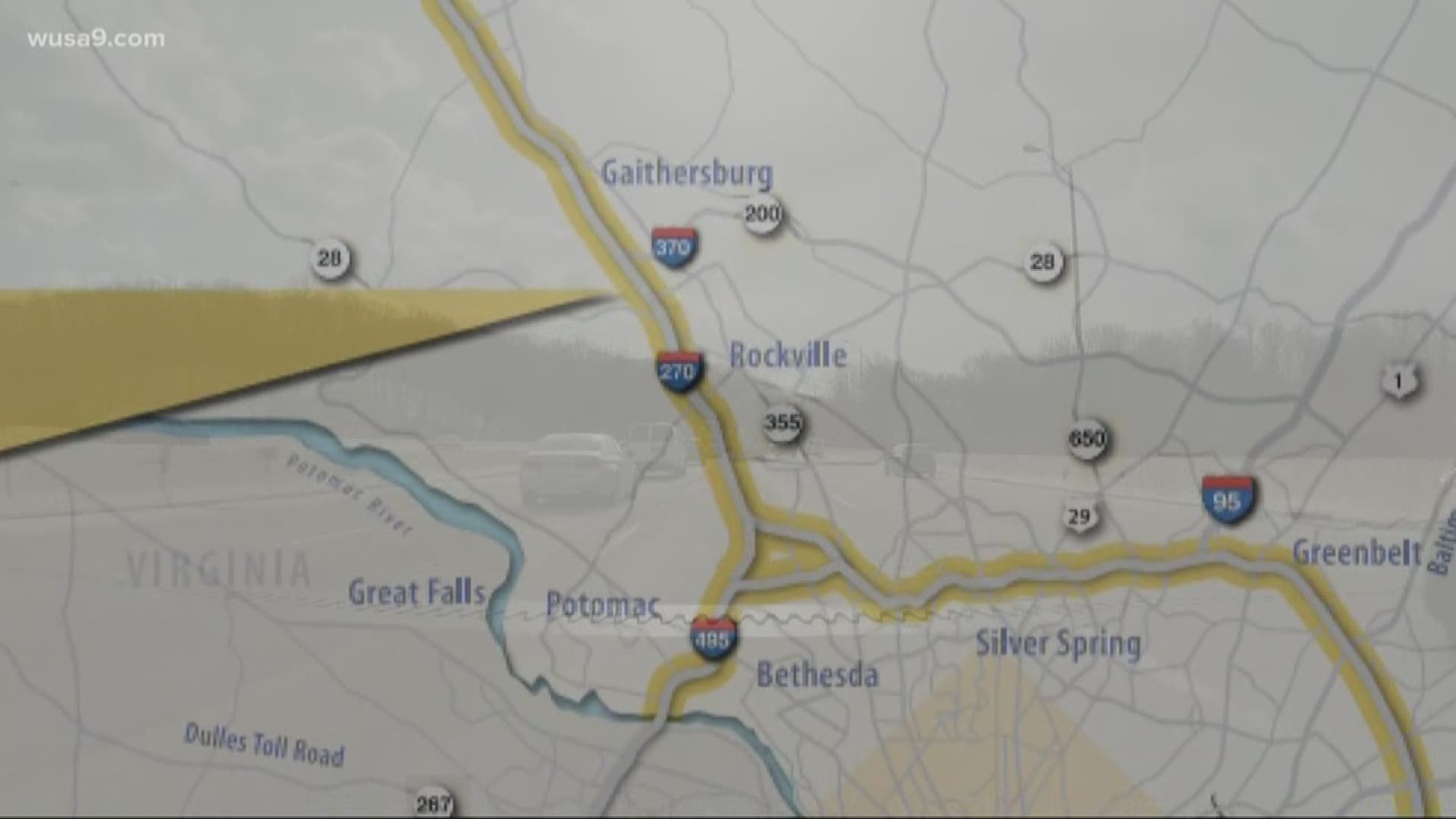 ANNAPOLIS, Md. — Our long regional nightmare may finally be coming to an end.

Virginia announced Tuesday it's building almost three more miles of new High-occupancy Toll lanes on the Beltway up to the American Legion Bridge.

On Wednesday, Maryland's highway administrator confirmed that replacing the bridge itself -- the region's worst bottleneck -- is at the top of his list. Greg Slater said a new bridge will be phase one of Gov. Larry Hogan's $9 billion Beltway widening project.

"We are focused on the bridge as our first order of business," said Slater.

The administrator declines to offer a firm timeline, but bridge will be replaced not just in our lifetimes, but in the next few years. "That's the goal, we want to get out there and move that traffic," said Slater.

Last year, when Gov. Hogan announced plans for a public-private partnership to add toll lanes to I-270 and the Beltway, a diagram of the sketched lanes stopped at the river. Now, the administrator says the partnership will include a bridge seamlessly connecting Maryland's new lanes to Virginia's. "The only way to address that bridge is to build a new bridge."

Not everyone is happy. Sandra Patterson, 76, has a Beltway wall in her backyard in Silver Spring -- and she can't figure out how they'd squeeze in more lanes without knocking down her home.

However, the Maryland Highway Administrator says they've told private developers they need to come up with plans to add new Beltway lanes within the existing footprint, even if that means stacking them on top of each other, or putting them underground.

Almost every day sees four mile delays for four hours starting at the bridge. Right now, about a quarter of a million vehicles cross it everyday. In the next two decades, planners estimate that will climb to 300,000 cars a day.