The Dupont Circle bike ride comes as the city looks to install protected bike lanes in parts of Northwest. 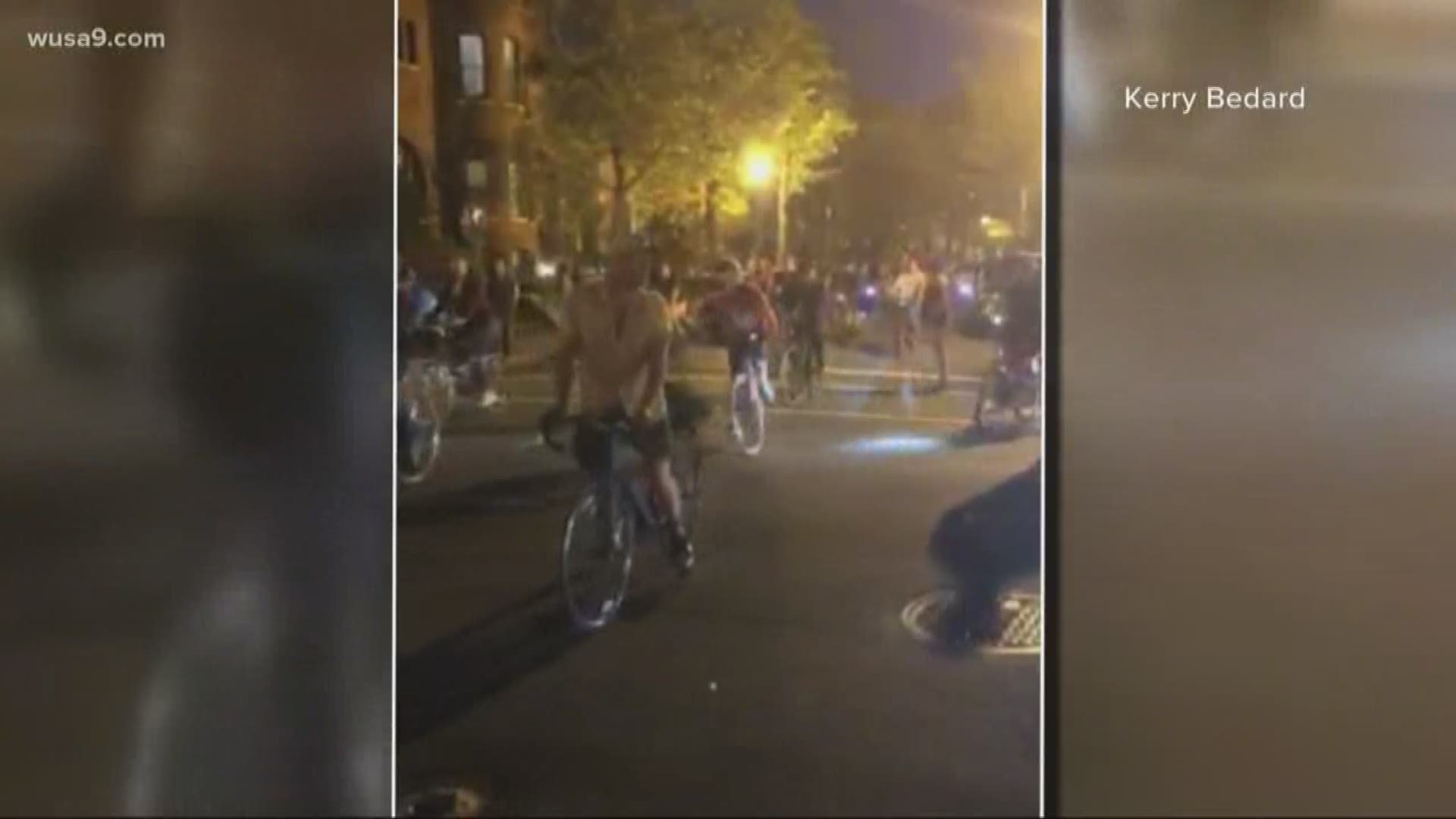 WASHINGTON - A Dupont Circle resident is calling for more regulations for cyclists after a large group of bikes rode through her neighborhood last week.

Kerry Bedard captured video of hundreds of cyclists and people on scooters passing by the corner of 21st and O Streets. The video showed some people blowing stop signs while others rode on sidewalks in a part of town where such activity is prohibited.

Bedard said she has noticed similar behavior during the daytime and she wants it to come to an end.

"There needs to be some regulations that are enforced," she said.

Bedard added she is worried a pedestrian could get hurt.

"Vision Zero is supposed to be safety for everybody, not just the bikers in the bike lanes," she said.

The Washington Area Bicyclist Association did not organize the ride, but its communications director Colin Browne said there will unfortunately always be people who break the law, whether they're on a bike or in a car.

"There's not really anything you can do to prevent that," he said. "But, what you can do is build infrastructure that makes it so that conflicts are reduced or are less dangerous when they do happen."

D.C. is in the process of doing just that. The city's planning to install protected bikes lanes along portions of 20th and 21st Streets in Northwest around the Foggy Bottom and West End neighborhoods.

The association believes the protected lanes will keep cyclists safe from cars and away from sidewalks.

"We've seen it across the city, and frankly across the world," he said. "It just drastically reduces sidewalk cycling."

But, Bedard says she is not convinced cyclists will follow the rules just because new bikes lanes are put into place.