The sudden and mysterious deaths of three other American tourists in one week has Dawn McCoy alarmed about what happened to her husband in July 2018. 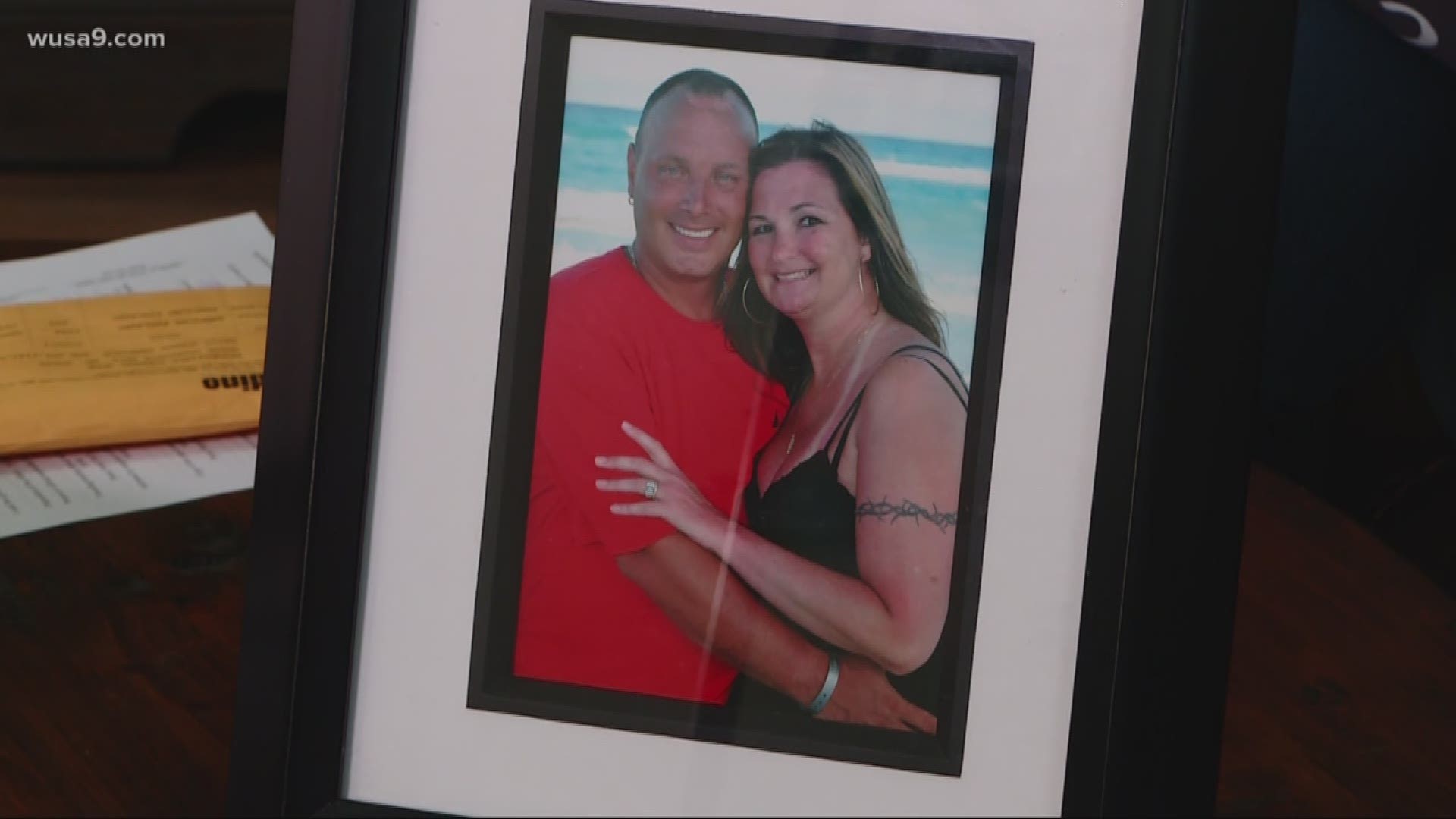 BRANDYWINE, Md. — The authorities told Dawn McCoy that her husband died of a heart attack.

But the Charles County, Md. woman was suspicious then, and she's even more suspicious now.

Word that police in the Dominican Republic are investigating three other mysterious deaths at a different resort within a week of each other has McCoy regretting she never got a second autopsy on her husband when she finally got his remains back to the U.S.

Credit: Bruce Leshan
Dawn McCoy said she had to pay nearly $20,000 to the doctor, the hospital, and the funeral home, to get her husband's remains back to the U.S.

David Harrison, 45, died in July 2018. Nathaniel Holmes and Cindy Day of Prince George's County died together in their room at the Bahia Principe resort.

Police blamed respiratory failure and fluid buildup on the lungs. They suggested it might have been caused by both Holmes and Day's history of high blood pressure.

Pennsylvania psychotherapist Miranda Schaup-Werner died at the Bahia Principe five days before Holmes and Day. Her brother-in-law told Fox News that she got a drink from the minibar, sat down to take a selfie, screamed and collapsed.

"I didn't plan on coming back a widow," Dawn McCoy said, the tears rolling down her cheek at the thought of her husband's death. "I wasn't prepared for what was coming my way."

McCoy and Harrison had gone to the Dominican Republic to celebrate their anniversary last July. They were having a great time "in paradise."

She said it took a doctor 25 minutes to get to her room, and by that time, her husband was gone.

The Dominican death certificate lists Harrison's cause of death as pulmonary edema too, but also myocardial infarction (or heart attack) and arteriosclerosis.

Is it possible her husband just died from natural causes? "Honestly, I don't believe so," McCoy said. She said he had just had a complete physical workup, and his doctor at home found no problems.

McCoy said it cost her nearly $20,000 to get her husband's remains home. That included $3,000 for the doctor at the hotel and even more for the hospital and the funeral home.

When she finally got him back, 11 days after is death, she had him cremated. Now she thinks that was a big mistake.

Frank Felix Duran, a spokesman for the Dominican National Police, said finding the bodies of Holmes and Day at the same time raises questions. He said police are still waiting for the results of toxicology tests on the newly-engaged Prince George's couple.

We've yet to hear back any additional details from the police on the death of David Harrison.