Why is DC called the District of Columbia?

Every week, we have a segment called "The Why," where we answer questions we all have, but rarely get answers to. Today, we tackle a viewer question about the origin of the name Columbia in the District of Columbia. 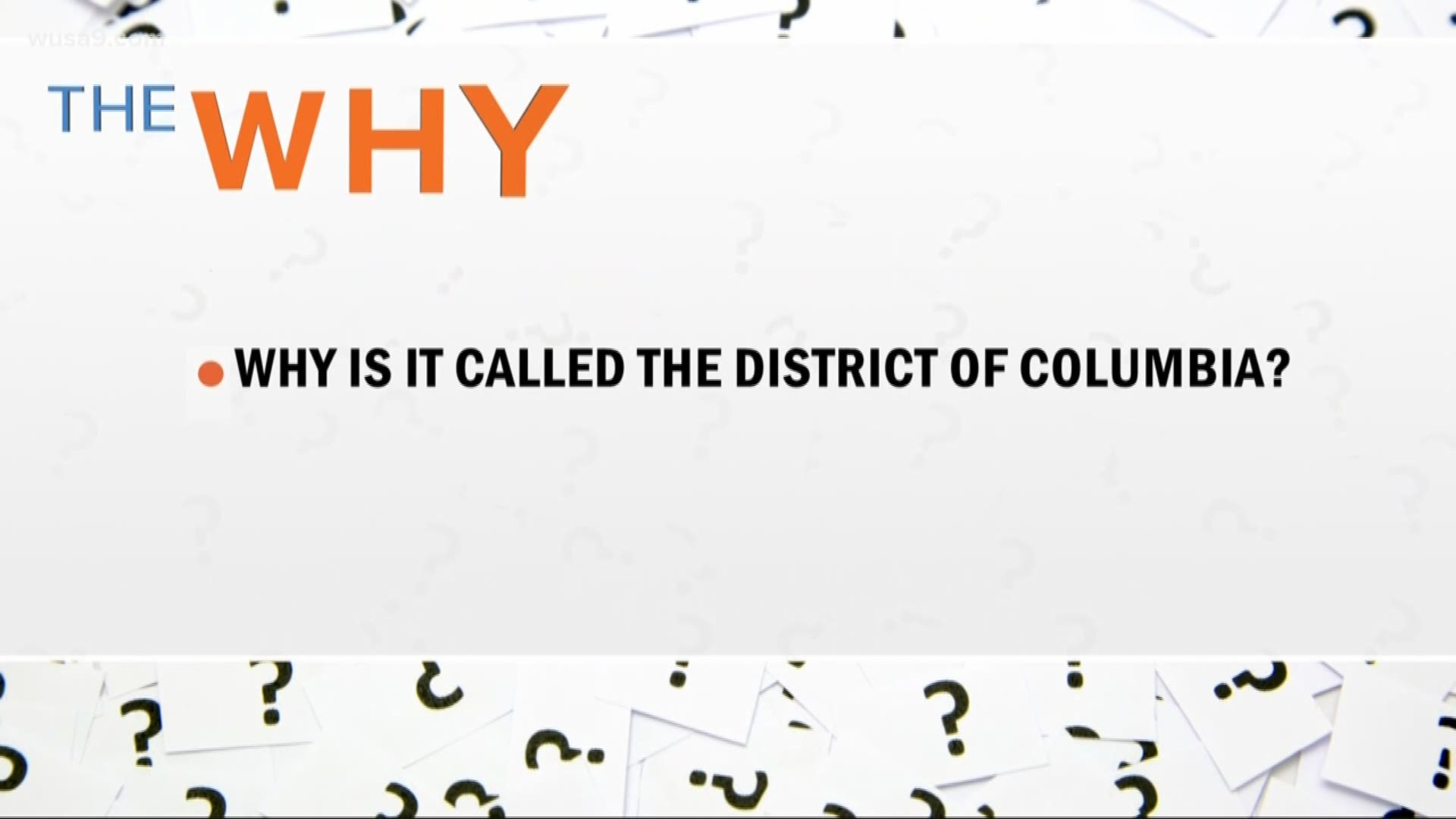 Washington, DC (WUSA9) — Every week, WUSA9 tackles a "Why Question." These are the questions that we all have, but rarely get the answer for. This week, our question came from a viewer named George Holland, who has lived north of D.C. for decades.

"In all my 73 years living just 14 miles north of the city," he said. "I do not know why 'Columbia.' What is the origin of the Columbia in the city's name?"

From there, our search began.

The simple answer to this question is that it's named after Christopher Columbus. However, this just scratches the surface. The name 'Columbia' has a far more widespread importance than that in American history.

One of the first times Columbus' namesake became a moniker for the country was in 1697, when Justice Samuel Sewall of Massachussetts, used the term "Columbina" in a poem. This term was meant to represent the colonies.

Forty-one years later the term was still being used, and could be found in well-known magazines like "The Gentleman's Magazine." This magazine would recap the debate in British parliament, and would use the term "Columbia," when describing the colonies.

The use of Columbia in this magazine was important because our founding fathers certainly would have been reading this magazine. Soon Americans started to embrace the name, as it took on a poetic feel, representing a nostalgic, positive image of America.

Soon enough, Columbia would be personified into a fierce goddess. Atlantic Magazine wrote a detailed account of Columbia, and referred to her as "Uncle Sam's older and classier sister." She's been drawn in a lot of ways through history, but always as a strong, independent woman.

Columbia actually prevailed as the dominant nickname for more than a century, before it fell out of favor in the post-World War I era. You can still see the legacy of the name in institutions like Columbia University, Columbia Records, and CBS (Columbia Broadcasting System).

In 1791, a commission was formed to create the federal city. They had many tasks, such as designing the city, and making zoning laws for the city. They also had the responsibility for naming the capital. In the end, they decided that it would be the City of Washington, and the Territory of Columbia because of the iconic name.

Do you have a "Why Question?" Put our 'Why Guy' to work. You can contact reporter Evan Koslof on Twitter at @ekoslof, on Facebook at "Evan Koslof Reporting," and by email at ekoslof@wusa9.com