A successful builder was on a mission to locate his uncle's remains, he instead brought back the remains of another hero. 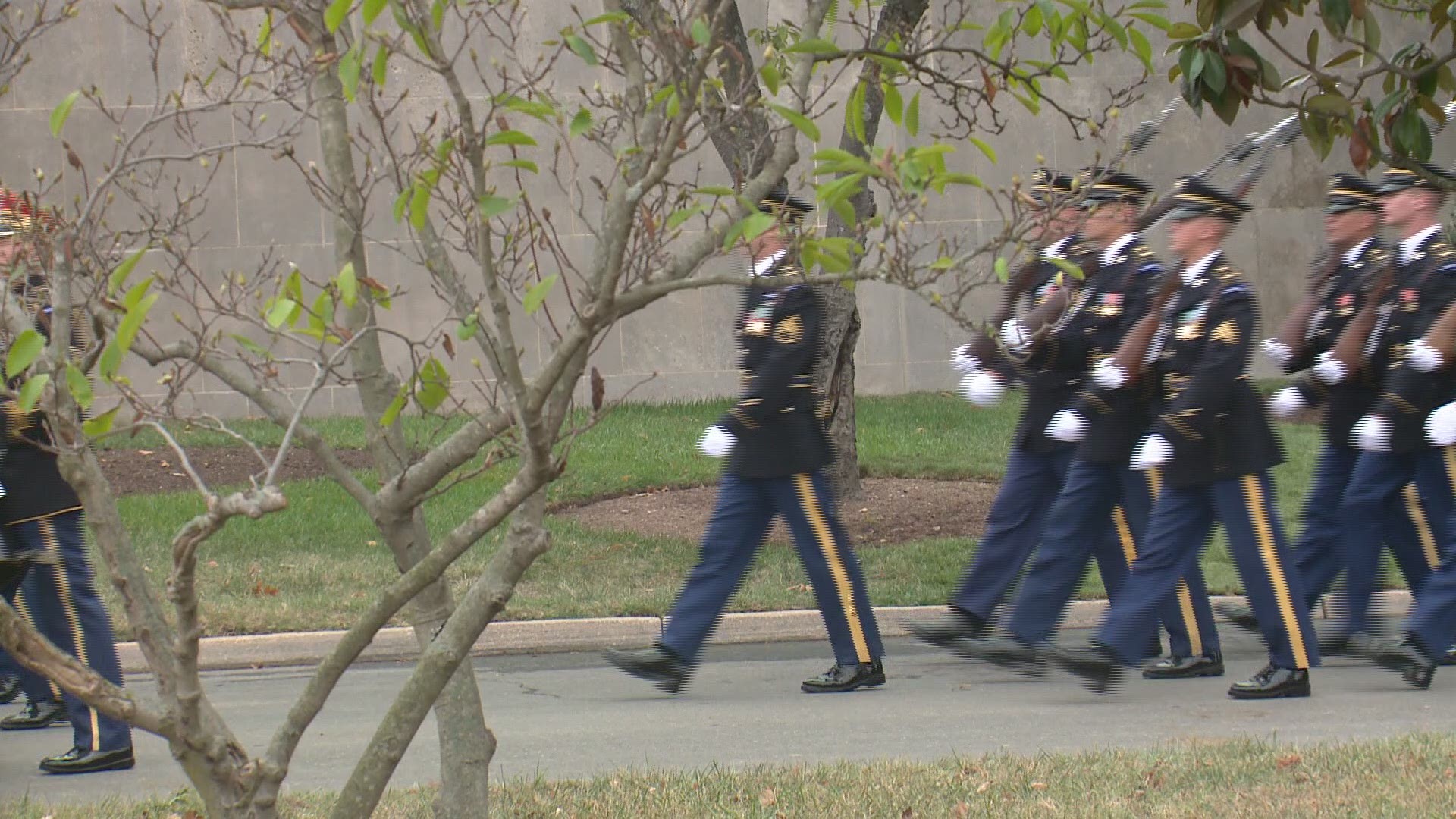 ARLINGTON, Va. — After a 76 years-long search for the remains of a World War II veteran, the remains of his crew member was found and laid to rest at the Arlington National Cemetery on Tuesday morning.

The search for Major Bill Benn began with his nephew, Alfred D. Hagen, a successful builder who started his quest for his missing uncle with a multi-million dollar operation.

Hagen knew that Uncle Benn was last seen on January 18, 1943, when his U.S. Army Air Corps B-25 bomber went missing on a mission against Japanese forces. So, he set out on an expedition to the South Pacific island of Papua New Guinea where he found mount mortal remains recovery operations on eight U.S. military aircraft listed as missing in action.

Then in 1998, while searching through what was left of the B-25, Hagen found a dog tag and clothes that belonged to the pilot of the aircraft. He was later identified as Major Donn C. Young.

Although Hagen was on a mission to locate his uncle's remains, he instead brought back the reminisce of another hero, Major Young. What was left of the pilot was brought to America to be interred at Arlington National Cemetery.

After a 21-year long wait for approval, Major Young's remains were scheduled for burial on Tuesday morning. He was laid to rest with full military honors and an Air Force flyover.

RELATED: 2 sisters reach rank of general in a first for US Army