"You are a true Wonder Woman," one doctor said. 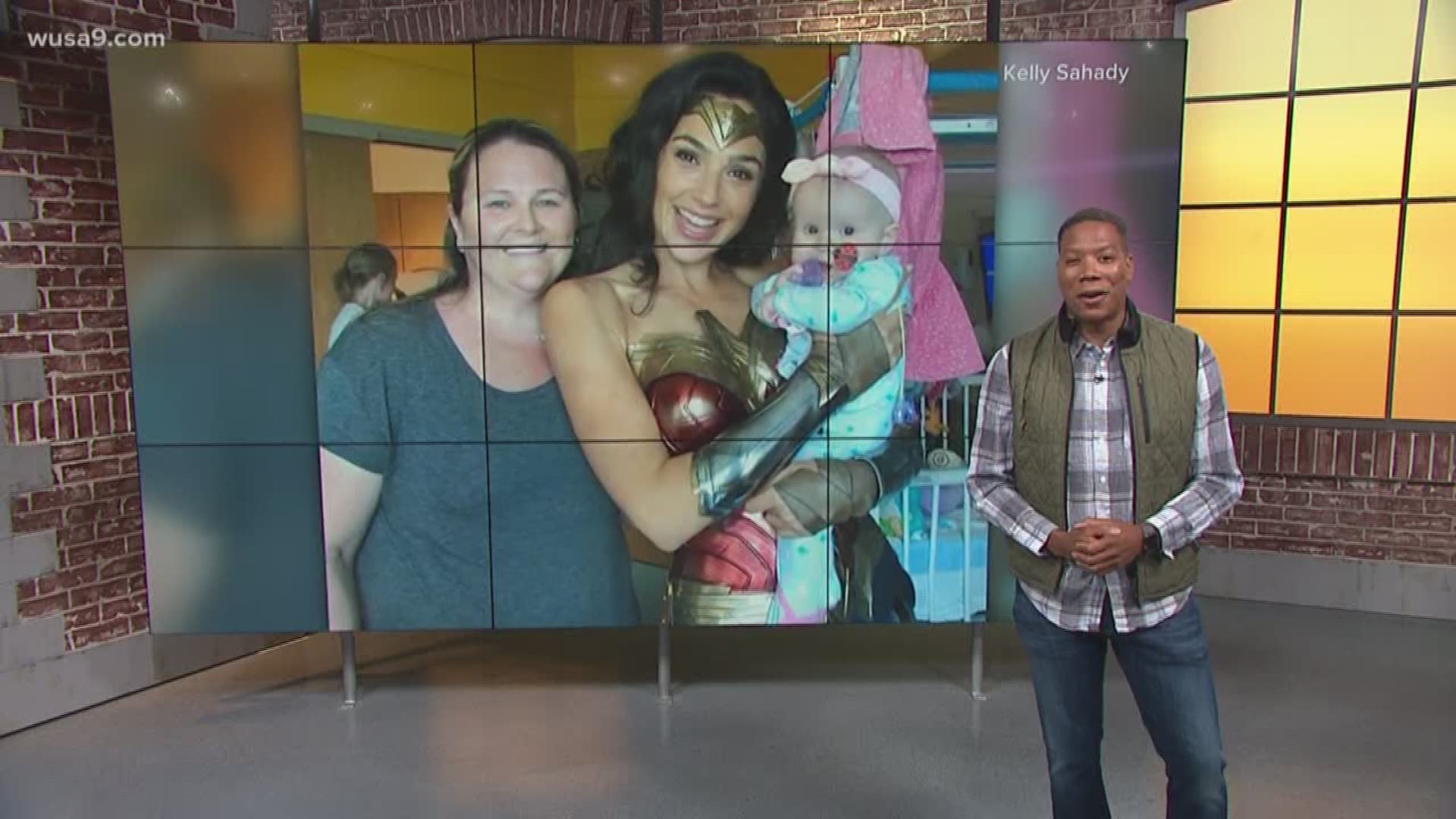 Actress Gal Gadot, who plays the titular character in the first movie and now its sequel, visited the kids on Friday.

Kelly Sahady of Sterling, Va. is the mother to one of the kids who got a surprise visit. While dressed in full custome, Gadot held and kissed Sahady’s daughter, Karalyne. The 7-month-old is fighting an aggressive form of Pediatric Cancer called Acute Myeloid Leukemia.

"She was diagnosed at two months old and for the last five months, we have given up our other kids to other family, and we haven't been able to be with them,” Sahady said. “We spend three to four weeks in the hospital each time with a break in between each cycle of treatment.”

This hardship has become the Sahady's new normal, but seeing Wonder Woman was a fun break.

"I was in the room and I was talking to one of the doctors with my daughter in the middle of getting an IV antibiotic treatment and in walks Wonder Woman, fully costumed,” said Sahady.

She texted her husband, “OMG Wonder Woman was in here just holding Karalyne,’ and he was like, 'Oh my gosh! I can't believe I missed it!’ You know, sometimes they have people come through but it's never actually it's never actually the real celebrity," Sahady said.

This was a magical moment the Sahady family will never forget.

"After all this time being in there for so long, it was a real treat to have this happen,” said Sahady, “Thank you. Thank you for taking the time out of your day to do this. You know we're fans for life now.”

Even the doctors and staff members were excited to see the superhero.

“You are a true Wonder Woman,” Dr. Lucas Collazo said in a Tweet over Gadot with hospital staff.

Thank you ⁦@GalGadot⁩ for visiting us ⁦@InovaHealth⁩ Children’s Hospital. You are a true Wonder Woman. The kids loved it...and so did the staff 😉 #wonderwoman84 pic.twitter.com/EFDLM02rpf

Wonder Woman 1984 has been sighted filming in various locations around D.C. in the past few weeks.

Fans have spotted Gadot and notable transformations of popular areas.

In Georgetown, the iconic Commander Salamander store was used for a few days of filming.

Roads are closed Sunday into Monday in areas around McPherson Square for filming – though it isn’t clear if Wonder Woman is being filmed. But, one can only hope to get a sighting of the Wonder Woman herself.

Dear @GalGadot- Thank you SO MUCH for visiting my patients and colleagues at #InovaChildrensHospital! Next time, can you align your visit with my call schedule? Love, #SuperFan pic.twitter.com/kmE7CoFRvE

We are so honored that #WonderWoman stopped by to visit the kids and caregivers at #InovaChildrensHospital! Thank you @GalGadot. #ForTheKids https://t.co/Qj568TI4B8