The students think Arlington's school board members were trying to avoid the hostility that marked the name change of J.E.B. Stuart High School to Justice High School in Fairfax County last year. 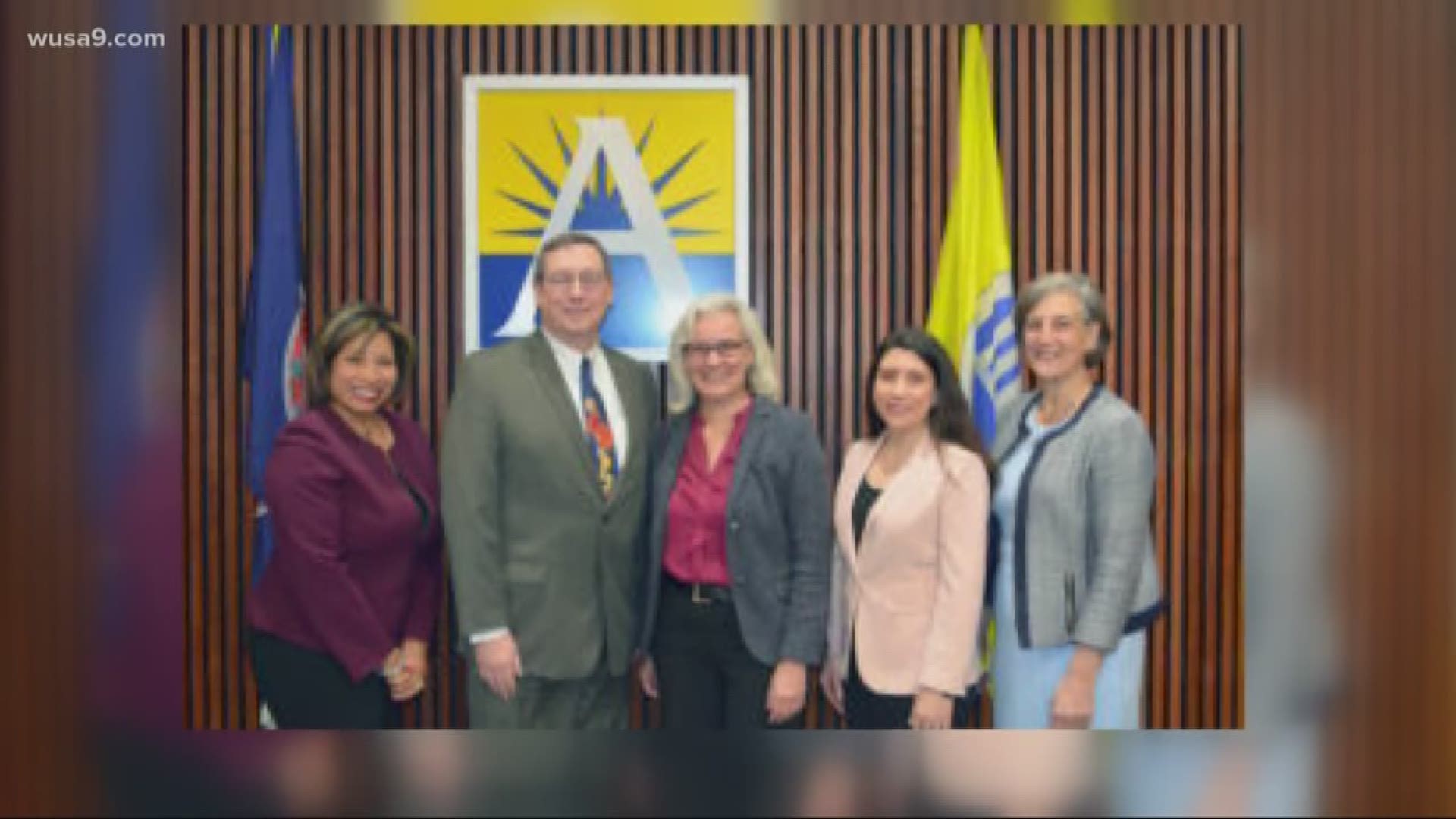 The Arlington School Board voted to change the name of Washington-Lee High School. Now, two students are suing, accusing board members of voting without public input, against their own rules.

Washington-Lee High School is about a century old. It was founded in 1925. But, after last summer's deadly white supremacist rally in Charlottesville over a statue of Robert E Lee, the Arlington School Board voted to begin the process of renaming the high school.

Some students are angry over that vote. It's not that they don't think the name should be changed. It's how the school board came to its decision. They said the decision came without any student or community involvement.

"All we really want is for there to be a community voice," said Sydney Dodini, a rising senior at Washington-Lee.

She and Will Johnson, also a rising senior, are two of three students suing Arlington County Public Schools and the school board over its action on June 7, 2018.

The board first voted to change the school naming criteria, the Naming of Facilities policy.

That issue was on the agenda. But in that same meeting, the board then voted to direct staff to begin the process to rename Washington-Lee High School. It was decision that surprised many.

The students said that vote violated the board's own policies of open government and transparency.

"We weren't polled. We weren't questioned or interviewed or anything about the process," said Dodini.

"We don't think, especially an issue this big, we don't think it was okay to just sit by and watch them do this," without trying to get the board to reverse its decision, said Johnson.

The students think Arlington's school board members were trying to avoid the divisions and anger that marked the name change of J.E.B. Stuart High School to Justice High School in Fairfax County last year.

"You definitely can't avoid controversy. I just think that the more transparent you can be the better. And that's really all we're looking for. That's all we want. Whatever the public decides, but the public should be heard," said Dodini.

WUSA9 tried to reach several school board members throughout the day. None returned calls.

Arlington Public Schools Assistant Superintendent Linda Erdos wrote in an email that she just learned of the lawsuit today and none of the school board members have had time to review it. But, she said the decision made by the board last month to "revise the Naming of Facilities policy and, as a result of that change, to direct staff to begin a process to rename Washington-Lee High School was appropriate."

Erdos said Arlington Public Schools will respond in greater detail in the future and in accordance with the court processes.