The trooper was treated for minor injuries and is now on temporary administrative leave with pay while Virginia State Police investigate the crash and shooting. 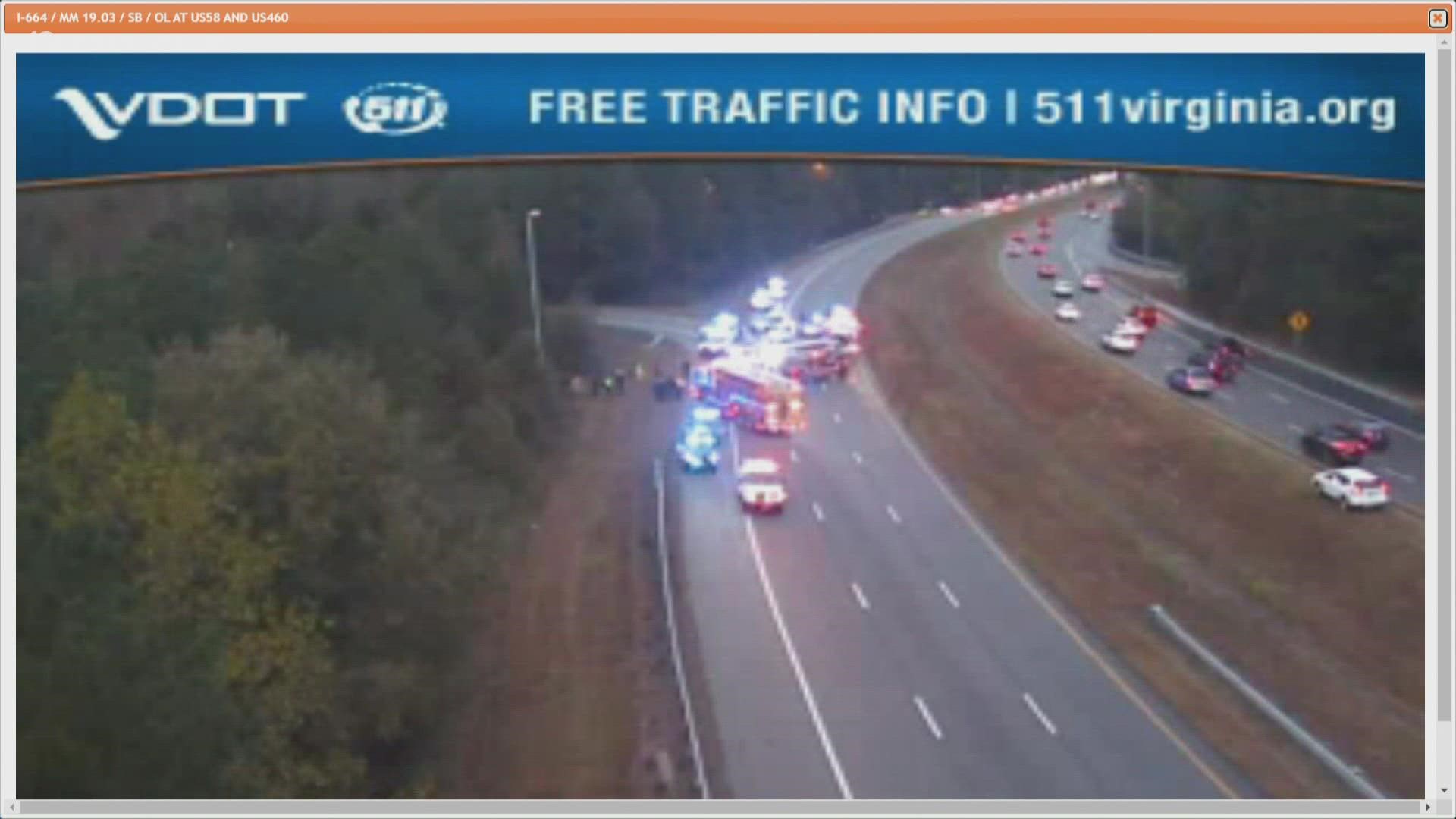 SUFFOLK, Va. — Virginia State Police are investigating a weekend car crash and altercation between a state trooper and the driver that left two people dead.

Shortly before 5 p.m. on November 6, Newport News Police said they attempted to pull over a 2007 white Chevrolet sedan in reference to an aggravated assault, suspected abduction, and suspected DUI in the area of Hogan Drive and Jefferson Avenue.

Police said the vehicle did not pull over and eventually made its way onto the interstate. Newport News Police alerted Virginia State Police that the vehicle was fleeing south on I-664, heading toward Suffolk, at which time troopers took over the pursuit.

After entering Suffolk and approaching the exit ramp for  I-664 to Route 58, investigators said a State Police car "made contact" with the white sedan, causing both vehicles to go off the roadway.

The suspect's car ran into an embankment and overturned near some trees. According to State Police, the male driver then ran from the scene. A woman passenger, identified as 47-year-old Amity Jo Grey of Newport News, died upon impact.

The trooper who ran off the road was able to locate the suspect walking along the westbound lanes of the Route 58 underpass, below I-664. The trooper tried to apprehend the suspect on foot, at which point the suspect reportedly got into a physical fight with the trooper.

The trooper then shot the driver. Officers on-scene say they came to provide aid, but he died at the scene.

The driver has been identified as 45-year-old Brian Michael Price of Chesapeake.

The state trooper was treated for minor injuries and is now on temporary administrative leave with pay while Virginia State Police investigate the incident.