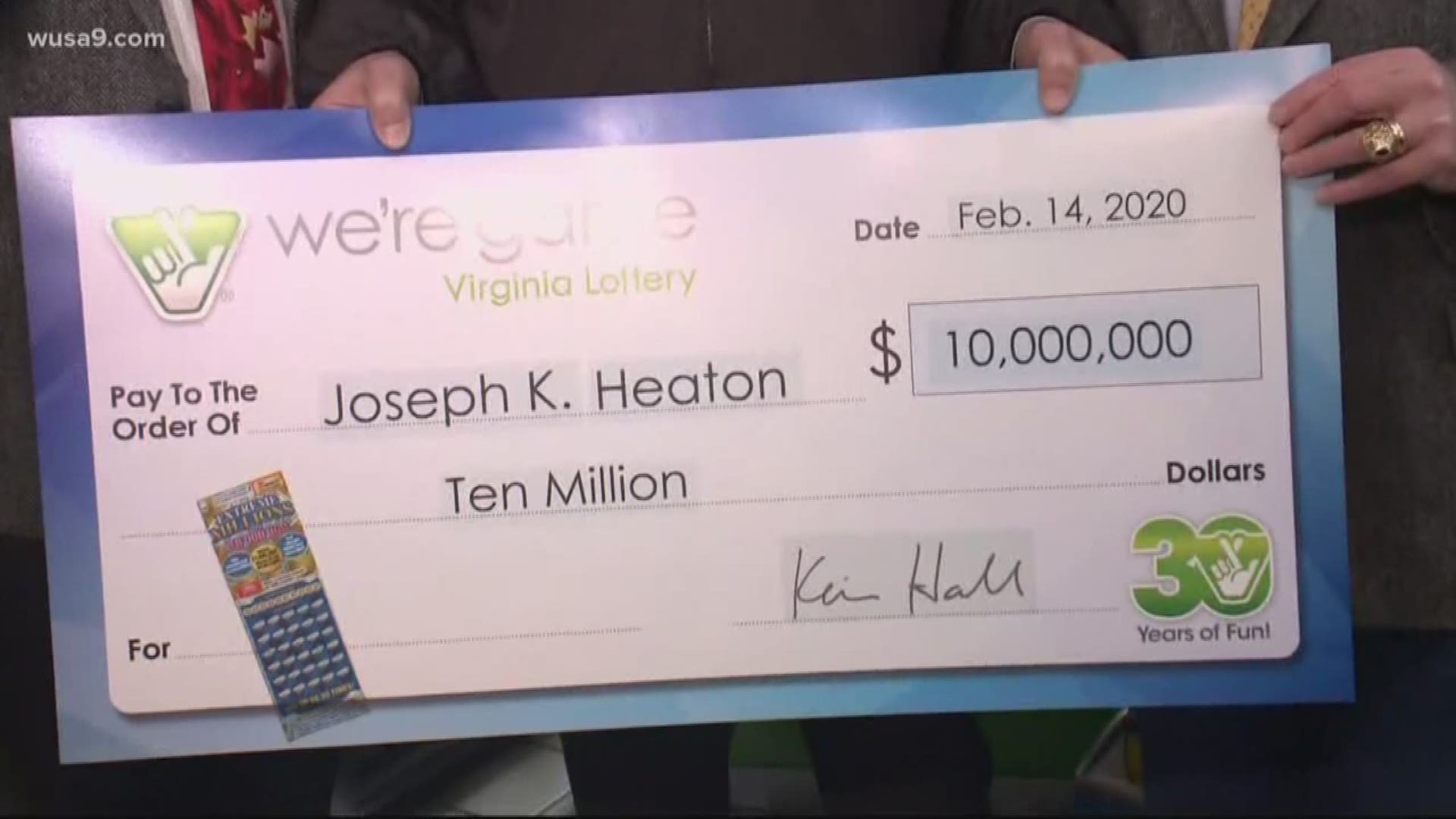 Purchased in Manassas, Virginia Lottery officials said the prize is the largest offered by a scratcher ticket -- $10 million!

The winner spoke about his incredible stroke of luck during a check presentation at the store where bought the ticket -- the Sudley Shell just off Interstate 66 in Manassas.

Heaton just scratched an Extreme Millions ticket from the Virginia Lottery as he walked up to the store clerk and smiled, lottery officials said.

"A winner?” the clerk asked.

The clerk tried to guess the amount of the prize. Heaton suggested a few numbers, but the Haymarket man just kept replying, "Higher… higher."

"I couldn’t believe it," Heaton later said. "My head has been spinning ever since."

The store receives a $50,000 bonus from the Virginia Lottery for selling the winning ticket.

RELATED: This couple won the UK lottery. Then their son was declared cancer free.