New USDA data shows very small farms and very large farms are growing in the Commonwealth – with less room for the folks in-between. 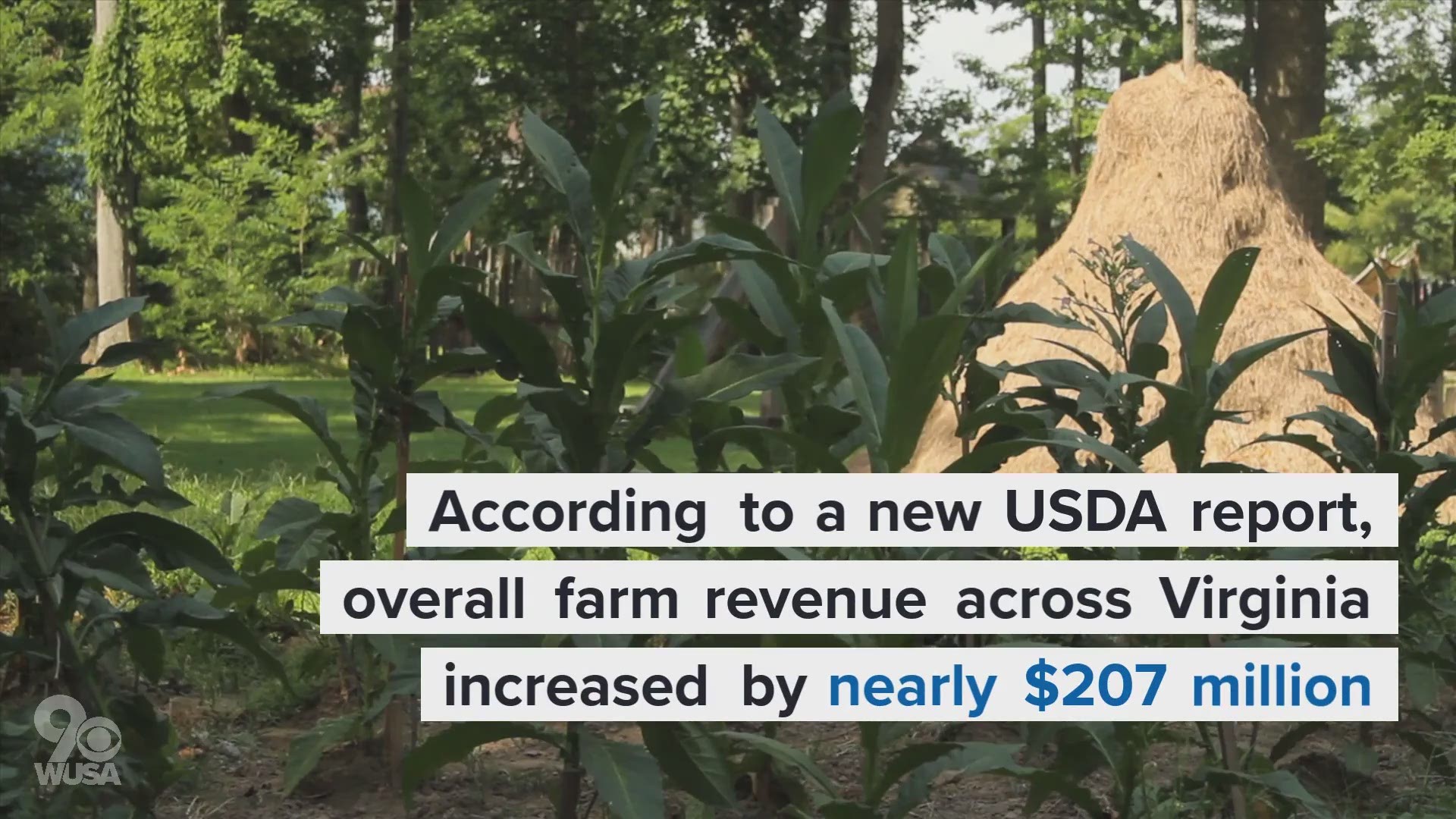 WASHINGTON — Virginia’s agriculture industry is losing mid-sized farms even as revenues increase, according to new data released by the USDA.

On Thursday, the agency released its 2017 Census of Agriculture. The report is published by the USDA every five years and provides detailed information about agriculture across the United States. The numbers in the 2017 census predate any of President Donald Trump’s tariffs, which resulted in a drastic reduction in exports of soybeans to China.

According to the report, overall farm revenue across Virginia increased by nearly $207 million from 2012, the date of the last census, and 2017. That increase was driven heavily by livestock & poultry sales, which jumped $205 million from their 2012 numbers.

One of the largest crops to see farm losses was also one of Virginia’s most historically important: tobacco. Between 2012 and 2017, the state lost 45 percent of its tobacco farms. Over the past 20 years Virginia has lost 5,761 tobacco farms – or about 95% of all the tobacco farms it had in 1997. Overall tobacco production nevertheless increased by a modest 230,000 pounds compared to 2012.

Credit: Jordan Fischer
Once the most important crop in the commonwealth, the tobacco industry has fallen to just 300 farms in Virginia, according to new data from the USDA.

Credit: Jordan Fischer
Virginia recorded a huge increase in peanut production, generating 47.7 million more pounds in 2017 than in 2012 – an increase of 58.7%.

Below, find a breakdown from the 2017 Census of Agriculture for specific Virginia crops and livestock: