Starting July 1, Virginians will wake up with fewer coronavirus restrictions and new laws to learn. 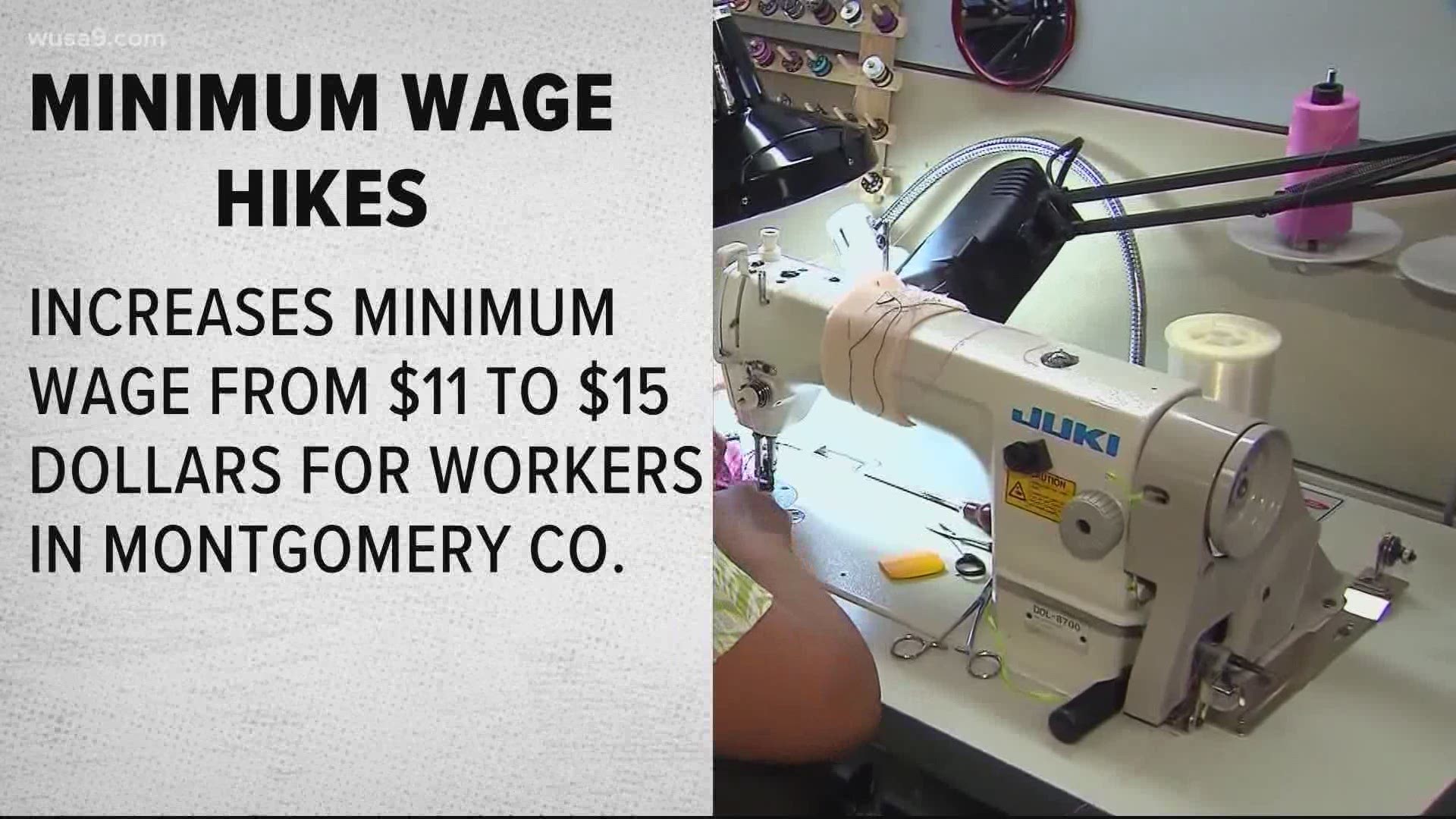 RICHMOND, Va. — Dozens of new laws are now in effect in Virginia and Maryland as we start the new month. July 1 brings big changes to both parts of the DMV. Here are some highlights:

Virginians will begin July with fewer coronavirus restrictions and new laws to learn.

In 2020, Democrats had control of the House of Delegates, Senate, and the governor’s mansion for the first time in decades of Virginia history, and the new Democratic majority wasted little time getting a sweeping array of legislative priorities passed.

Many of the laws reflect the new Democratic majority in the House and Senate for the first time in several years.

Here’s a breakdown of a few of the bills that will become law as of July 1:

The General Assembly passed and Northam approved a set of gun control bills this year, including ones to enact an Extreme Risk Protective Order, require background checks on all gun sales, mandating reporting of lost and stolen firearms, increasing the penalty for leaving firearms within the access of children, and reinstating Virginia’s one-handgun-a-month policy.

As of July 1, gun safes with a selling price of $1,500 or less per item are exempt from the retail sales and use tax.

Here’s a list of bills signed by the governor in April:

Two other bills, one that allows localities to regulate firearms in their public spaces and another that prevents anyone under protective orders from possessing a gun, were passed after amendments were proposed by Northam.

One gun safety measure backed by Northam that did not pass was one that would have banned assault-style weapons.

In-state tuition will be offered to undocumented students with the passage of Del. Alfonso Lopez’s Dream Act.

School principals will no longer be required to report to police students who commit misdemeanors on school property.

Students can also no longer be charged for disorderly conduct if it occurred on school property.

As of July 1, localities will have the ability to decide the fate of Confederate statues in their jurisdictions.

Previous Virginia law made it illegal to remove war monuments. Under the new law, localities can remove, relocate or contextualize monuments on public property.

Under the current law, a person could receive a fine of up to $500 and 30 days in jail for getting caught with a small amount of marijuana. Under the new law, anyone caught with no more than an ounce of marijuana would only have to pay a $25 fine.

Another important part of the bill is the reason some call it the "Ban the Box" law.

When it goes into effect on July 1, employers, schools, state and local governments will no longer be able to ask a potential employee to disclose any simple marijuana possession charges from the past.

Simply put, that box would be banned from a job application.

Adding to that, simple possession will no longer be reflected in someone’s criminal record either.

Also signed into law this year was Senate Bill 1015, stating that no person may be arrested, prosecuted, or denied any right or privilege for participating in the state’s medical cannabis program.

That program is expected to be operational and dispensing cannabis products to authorized patients by mid-year.

The statewide gas tax is going up by five cents, but vehicle registration fees are going down by $10.

Virginians will no longer need to show a photo ID in order to vote by this November; meaning that voting requirements in Virginia will revert to a similar standard as in the years before the photo ID law was signed.

Voters will be able to show voter registration documents, bank statements, paychecks, or any government document that shows the name and address of the voter.

Voters who do not show valid identification when signing in to vote would be required to sign a sworn affidavit stating that they are who they claim to be. The signed statement subjects the person to Class 5 felony penalties if the statement is false.

A voter who doesn't show a photo ID or sign the statement can be given a provisional ballot.

New laws are also taking effect in Maryland.Several bills signed into law include everything from changes to the way police store body camera footage to minimum wage hikes in Montgomery County. Here's a breakdown:

Lawmakers created a Law Enforcement Body Camera Task Force, which must issue a report by Dec. 1 on the best ways for storing audio and video recordings from police body cameras.

Current Maryland law requires the state’s Office of Legislative Audits to perform an audit on the “effectiveness and efficiency of the financial management practices” of the department in 2020 and then at least once every six years after that. The law sponsored by Baltimore Sen. Cory McCray clarifies that multiple audits can be performed. It also specifies that the employees or authorized representatives of OLA must have access to and may inspect the records, including those that are confidential by law.

A new law will create an ombudsman in the Office of the Attorney General for parents who are frustrated with the quality of special education services for their children. The ombudsman’s charge is to “serve as a resource to provide information and support to parents, students and educators regarding special education rights and services.”

After two deadly floods in Old Ellicott City and repeated nuisance flooding in downtown Annapolis, two new laws will help pay for flood prevention. One law makes it easier to use money for the Bay Restoration Fund — better known as the “flush fee” — on projects that will help combat flooding and other climate problems. Another law allows city and county governments to create resilience authorities, which could be used to borrow money and manage projects that would improve infrastructure.

Members of the Maryland National Guard currently can be reimbursed up to 50% of the cost of college tuition. A law requested by Republican Gov. Larry Hogan allows for 100% percent reimbursement for college classes. The Maryland National Guard’s policy requires members to pay for the tuition upfront, then apply for reimbursement after they pass the course. The Guard reimburses tuition based on how much money is in the state budget for the program, prioritizing lower-ranked soldiers and airmen working on their first degree. Trade school courses also can be reimbursed.

RELATED: 'Live out the mantra that Virginia is for lovers' | Northam makes first appearance since protests begin, discusses reform