Dr. Hazel called the opioid epidemic a disaster because it touches every aspect of society and life. 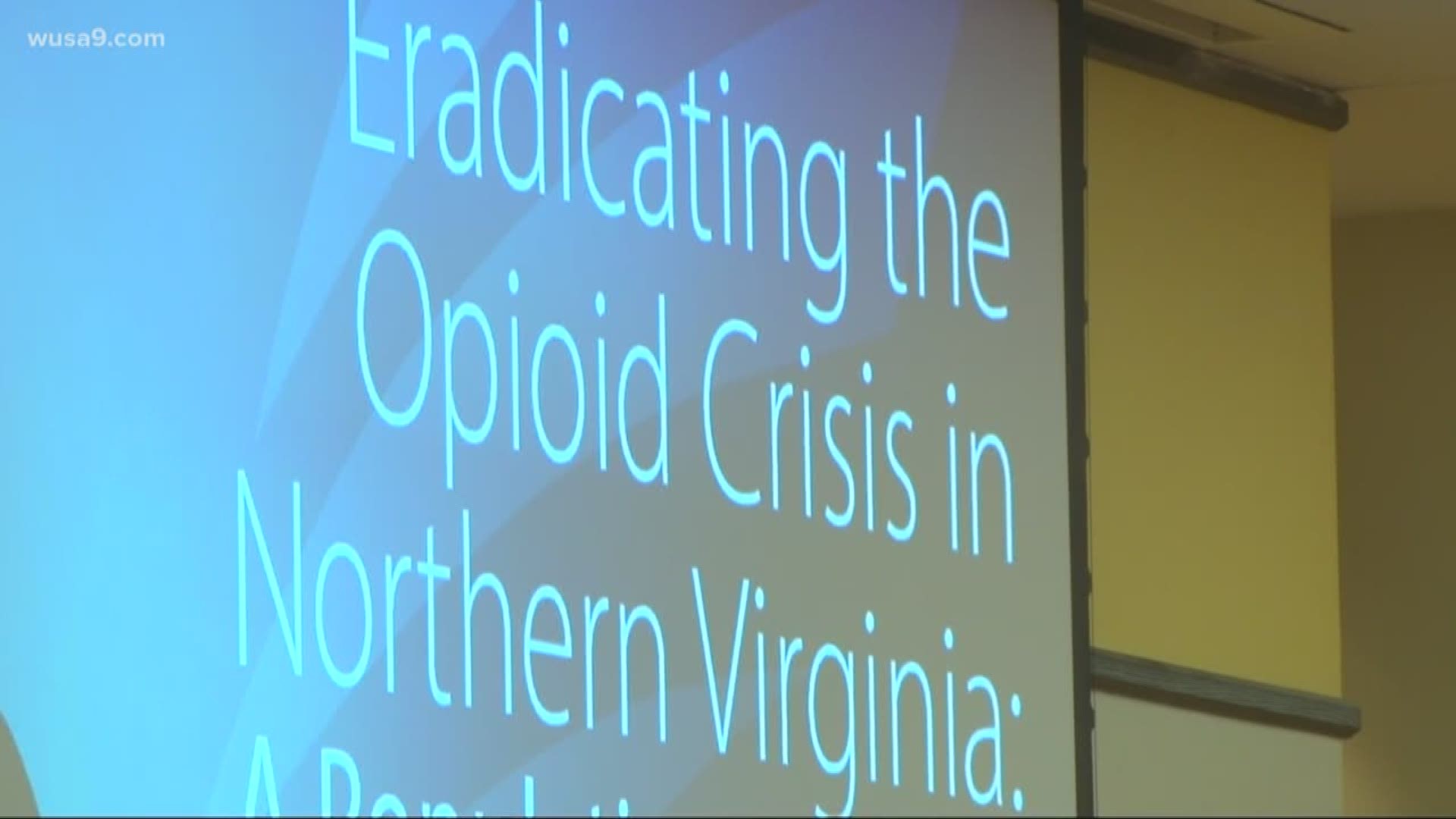 Fairfax, Va (WUSA9) — Opioid overdose fatalities are the leading cause of death for people under 50 in this country.

A major effort is underway at George Mason University in Fairfax to develop strategies to stop the epidemic.

People who deal with opioid crises on all fronts gathered to brainstorm to come up with specific solutions to the crisis.

“Getting arrested save my life, but recovery is what made it a life worth living," said Nick Yacoub, a Peer recovery specialist and former addict.

RELATED: 5 ways the US opioids crisis hurts the economy

“Four out of five heroin users started out with a legitimate prescription some kind of painkiller,” said Yacoaub.

One of the breakout groups is dealing with prevention. A well-known Virginia doctor believes part of problem came from an over-emphasis on treating pain, a push, he believes, originated from the pharmaceutical industry.

“I think people were concerned that those of us in the medical profession or not treating pain adequately," said Dr. Bill A. Hazel, Virginia‘s former secretary of health, now a senior advisor at Mason is helping lead this opioid symposium.

He recalled when a new opioid hit the market.

"The new opioid that changed the game was really Oxycotin which was made available and, really, the marketing was that you could go higher and higher doses and people could tolerate that and the marketing also included, when they came to my practice, you gave this to people after surgery when they hurt, they wouldn’t get addicted," he said.

Dr. Hazel also remembers pain being labeled a fifth vital sign along with a pain chart.

"If you’ve ever been to the hospital or the emergency room, you get asked, 1 to 10, rate your pain," said Hazel.

He says we need to take another look at pain.

"What I learned when I did surgeries in Bolivia for a couple of years, I did hip and knee replacements down there, the patients didn't require opioids after surgery. They used a generic anti-inflammatory medication, and they didn't seem to suffer. They would get up, they would move and they didn't, to the best I could tell, some of the problems that we see using opioids, like constipation," or addiction, said Hazel.

Dr. Hazel called the opioid epidemic a disaster because it touches every aspect of society and life.

He’s hoping to to be a part of eradicating the epidemic.