A 61-year-old man was arrested Sunday for simple assault after an incident Saturday outside of Trump National Golf Club in Sterling, Virginia 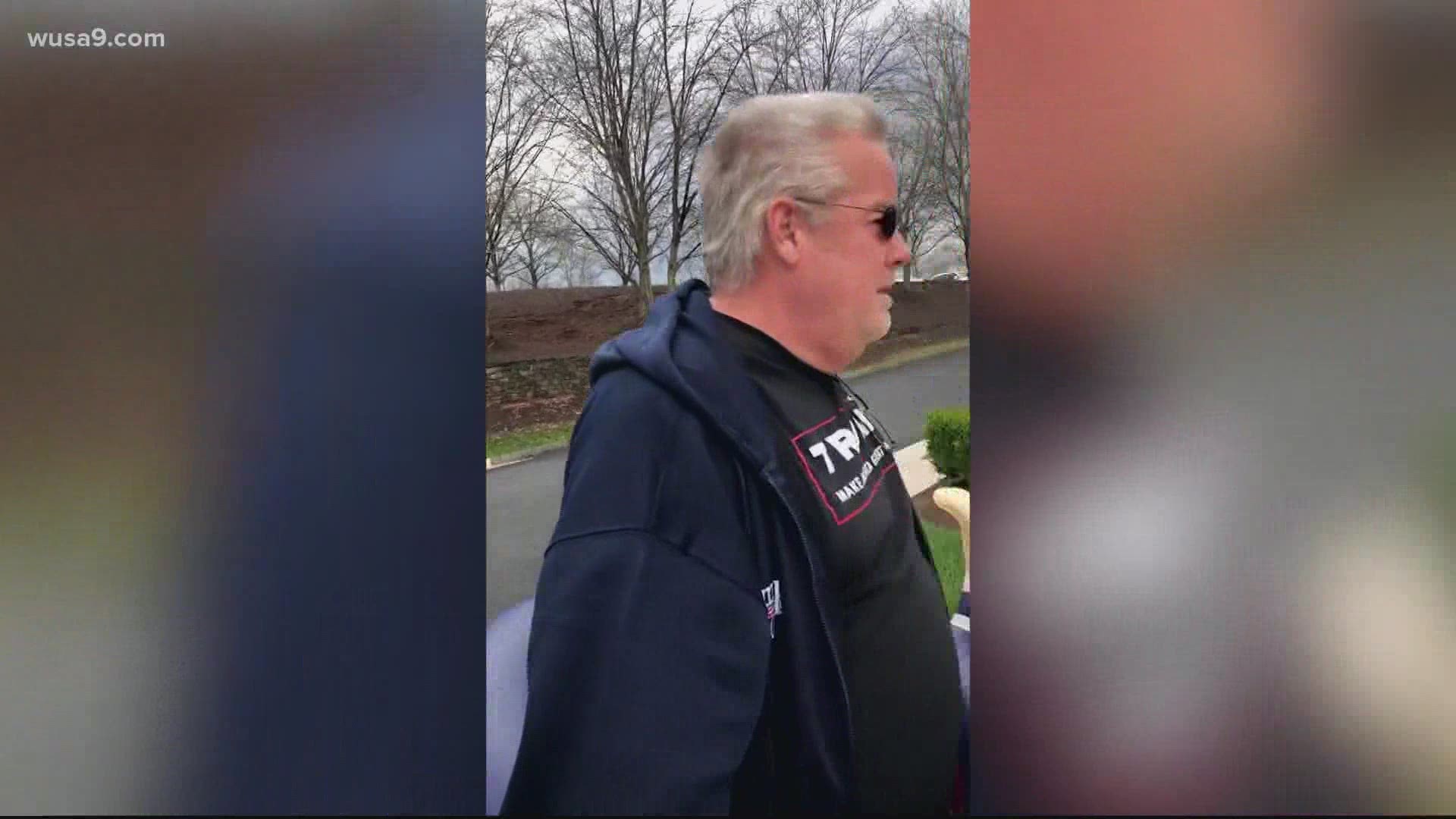 LOUDOUN COUNTY, Va. — Raymond Deskins, 61, was arrested Sunday for simple assault after an incident Saturday outside of Trump National Golf Club in Sterling, Virginia, according to the Loudoun County Sheriff's Office.

LCSO also said it is aware of a video circulating around social media that shows an incident near the golf course on Saturday.

Video footage obtained by CBS shows a Trump supporter forcefully exhaling on a protester outside of the Trump National Golf Club on Saturday.

Two separate parties were told they could seek a citizen-obtained warrant after officers responded outside the golf course, said LCSO in its statement.

Deskins has been released on a summons, LCSO said.

"We are in a hundred-year, highly-contagious, worldwide pandemic of a deadly virus that has killed more than 250,000 Americans," part of the letter read. "Willfully coughing in someone's face is clearly dangerous."

Having heard from many regarding this incident that took place yesterday outside of Trump National in Sterling, I have sent sent a letter to the Sheriff and the Commonwealth Attorney. My BOS colleagues who expressed interest co-signed the letter as well. Thanks everyone https://t.co/PxMOCS5QKh pic.twitter.com/jTu6DvKow8

There have been protesters recently outside Trump National Golf Club where the president has been playing a decent amount of golf amid his projected loss of the presidency since back at the beginning of November.

Many, including Maryland's Republican governor Larry Hogan, have called on Trump to play less golf, concede the election to former-Vice President Joe Biden and help with the White House transition.

Update on video circulating on social media after an incident near Trump National Golf Club. pic.twitter.com/NFnbmOnYRi

RELATED: Claim that Trump 'was never given an orderly transition of power' is false