The state's deal with Express Lanes builder TransUrban prevents Virginia from adding new lanes on I-95 unless the state pays the company for lost tolls. 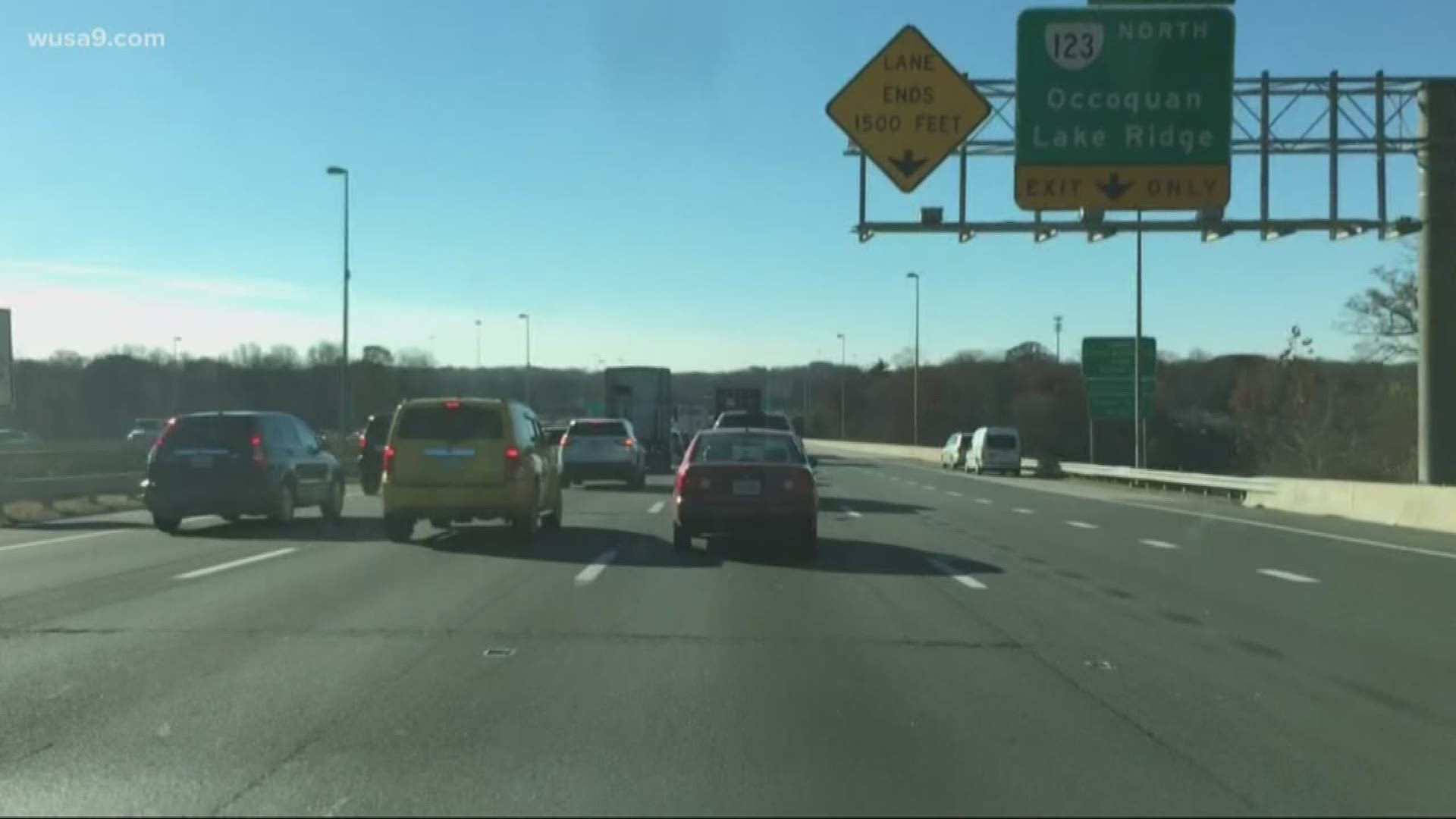 OCCOQUAN, Va. -- Traffic congestion is a major problem in the D.C. region.

One of the biggest bottlenecks is on I-95 crossing over the Occoquan River from Fairfax County into Prince William County. Lawmakers are pushing for a solution, but it comes with a huge, expensive string attached.

He said the bottleneck at the Occoquan Bridge on I-95 is the number one complaint he receives from constituents.

But the bridge is not the problem. That bridge has four lanes of traffic going in each direction. The problem is what's happening around the bridge and especially just south of the bridge, where those four lanes squeeze to three lanes.

It seems like a simple solution. Just build another lane, right? Not so fast. Because Virginia lawmakers did want to raise taxes to build more roads, the state made a deal with TransUrban, the company that built those I-95 Express Lanes. Part of the deal says that Virginia cannot add capacity on I-95 unless it pays off TransUrban.

Virginia can’t add a new lane to fix the I-95 Occoquan bottleneck because of deal with @VAExpressLanes builder TransUrban. Will @GovernorVA renegotiate the contract?? @wusa9 pic.twitter.com/GWZaUMtV4P

"What that means is that if we ever do expand it, without paying them money, they will sue us for lost tolls...I think what most people would prefer is we try and negotiate a compromise," said Surovell.

He and other lawmakers have been pushing Governor Ralph Northam and transportation officials to renegotiate the contract with TransUrban.

"When I tell people about it, they get very upset. I've had people yell at me at town hall meetings, tell me, its' just a contract, why don't you just violate it and let them sue us? But this bottleneck is one of the most frustrating pieces of road in all of Northern Virginia. People are very upset about it and want us to do something. They don't like hearing excuses about it."

WUSA9 reached out to Governor's office asking about possible negotiations with TransUran, but have not received a response.