Transgender candidate just wants to get rid of traffic 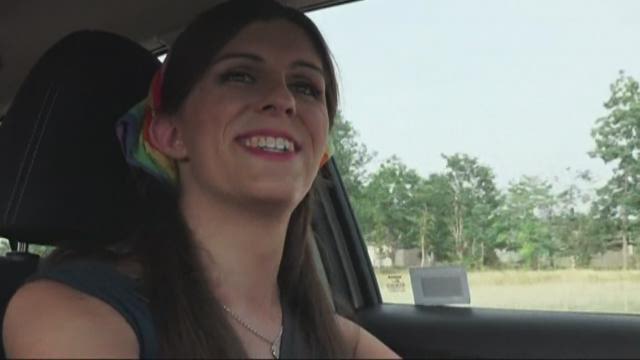 There has never been a candidate quite like her. She plays in a metal band. She’s transgender. And with the news that the President wants to ban transgender people from serving in the military, she's getting a lot of money donated to her campaign, $113,000 in July, to be exact.

Anchor Debra Alfarone climbed in the car with Prince William County candidate for Delegate Danica Roem to hear about her biggest issue - fixing traffic on Route 28. We rode it from Sterling to Manassas and back again.

It was two hours of soul-crushing stop-and-go traffic. We covered a lot of ground, literally and figuratively. The former journalist came out as transgender and started her transition in 2014.

"The word freedom is what a lot of transgender people use to describe the transition process of trying to live as the gender that you identify with. It is freeing, it's entirely freeing," said Roem.

RELATED: Trump seeks to ban transgender troops from serving in U.S. military 'in any capacity'

The Democrat says she wishes she had transitioned sooner.

" I wish I had a chance to tell my 20-year-old self when I was outed to just be like, hang in there, it's going to be alright," she said.

The Manassas native made history by winning the primary for the House of Delegates. And if the first-time candidate wins the Delegate race in the 13th District in Prince William County, she’ll be the only openly transgender state legislator ever elected.

Debra: "You could make history!"

Danica: "Yes, when I finally fix Route 28, that will be historic."

Why did Roem decide to run? Her answer: "There comes a point when you cover politicians for long enough and you go, you know what, I could probably do better than this."

Roem covered her opponent, 26-year Republican incumbent Delegate Bob Marshall for years as a reporter for the Gainesville Times and Prince William Times.

As we grind to a halt, Roem talks about Marshall. The 72-year-old proposed a bathroom bill tougher than the one grabbing headlines in North Carolina. She has two main gripes about him as a Delegate. The first is she says he mis-gendered her to the Washington Post.

"I had to go through a lot in my transition to get where I am now and I think when you are a delegate, you need to respect your constituents and respecting your transgender constituents means you acknowledge them for the gender that they are," she said.

Her second gripe is she says he has done little to fix Route 28.

Debra: "Why do you think he keeps getting reelected?"

Danica: "Because he hasn't run against me yet."

Danica: "Numbers, the numbers are there to win."

Danica says she will stand up for equality, but she also thinks her gender is of little concern to the people she hopes will become her constituents.

"For every person who's sitting in traffic on the southbound side of Route 28, does anyone there care the gender of the person is who presents the idea to get them out of this mess," she said.

We requested an on-camera interview from Delegate Bob Marshall. He said he was busy with constituent work. But he said Roem is mistaken about the legal authority state delegates have over road construction, and there is no magic wand.

Regarding Roem's claim he mis-gendered her, he provided this quote, "DNA doesn’t lie and biology isn’t bigotry and I taught grammar.”