The school's stadium needs to be renovated, but area residents don't want the school to install stadium lights 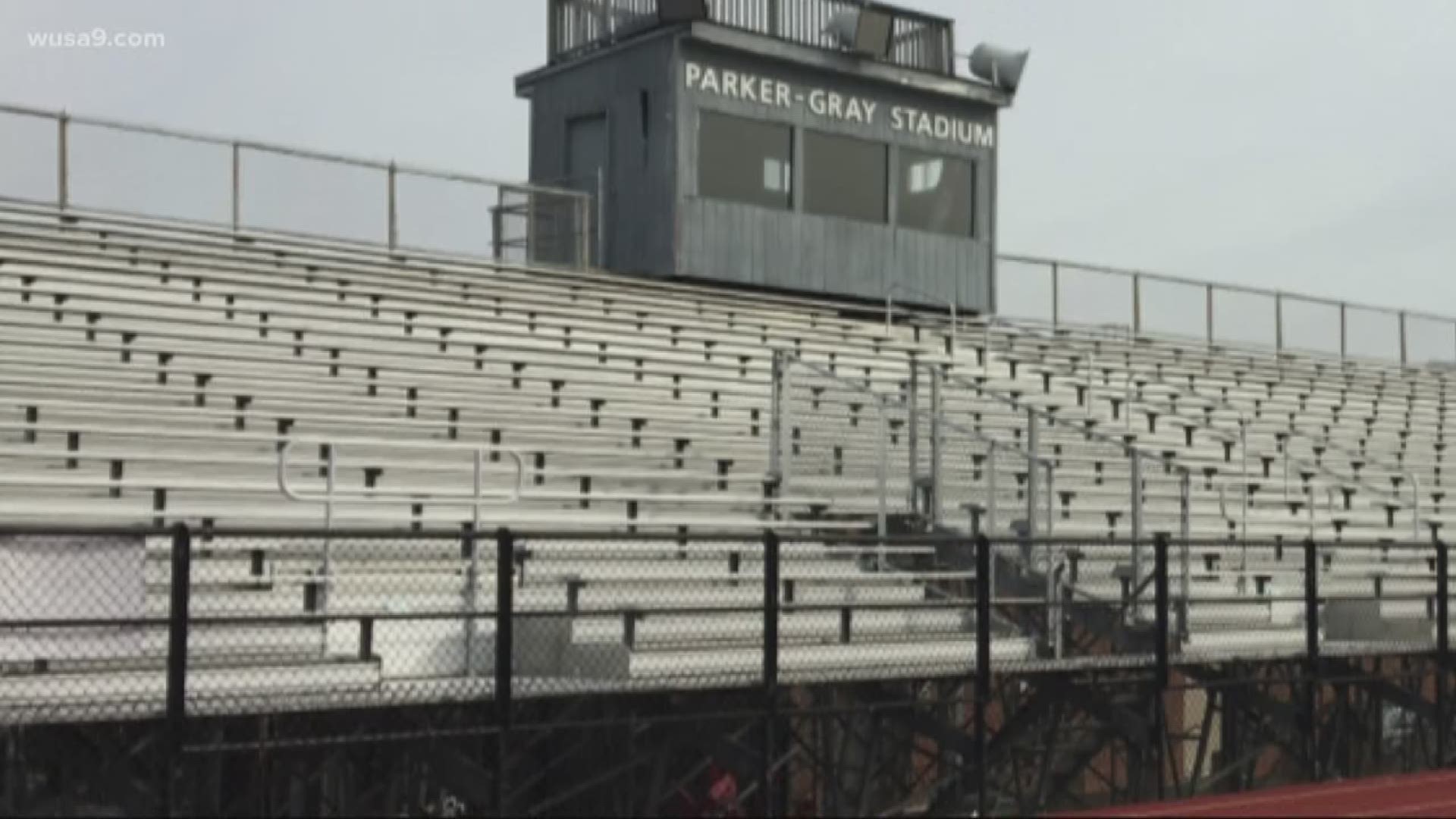 ALEXANDRIA, Va. — It's the biggest high school in Virginia-- and home to the legendary Titans-- but TC Williams' Parker Gray stadium is in dire need of renovations. According to Alexandria Public Schools, the stadium lacks working bathrooms, its press box has been condemned, and its sound system is dysfunctional.

"Hopefully sometime soon we can start construction on the stadium, we're still kind of in limbo on when that’s gonna start, but we had to make a decision on where the team was gonna play," said the school's Athletic Director James Parker.

The school has been unable to upgrade its facilities, as residents in the area have sued to stop construction. Their main concern is that the school wants to add stadium lights as part of its renovations, which residents say would affect their quality of life.

"[The lights are] not only just disturbing but, you know, they're not just gonna use it for the students. They're using the students excuse so that the entire—you know, as a reason for the lights, but once they're up the entire community will have access," said Andrea Mackey, who is one of the area residents suing the city and Alexandria Public Schools.

Plaintiffs are arguing the city had promised them, when the school was built, that no lights would ever be installed.

While the issue waits to be heard in court, the team has come up with a creative solution. This year, the Titans will be playing their home games at the indoor St. James stadium in Springfield.

"It’s truly a partnership, it’s a situation where we're not really paying any money to be there per se," explained Parker.

It's unclear whether the solution will become a permanent one, but for now the team is looking on the bright side.

"All the kids are excited to play on Friday nights, excited to be inside. We have a situation now where weather is not going to be an issue. If it's cold outside, its not a big deal," said Parker.

"This is going to be a special moment for us," he added.