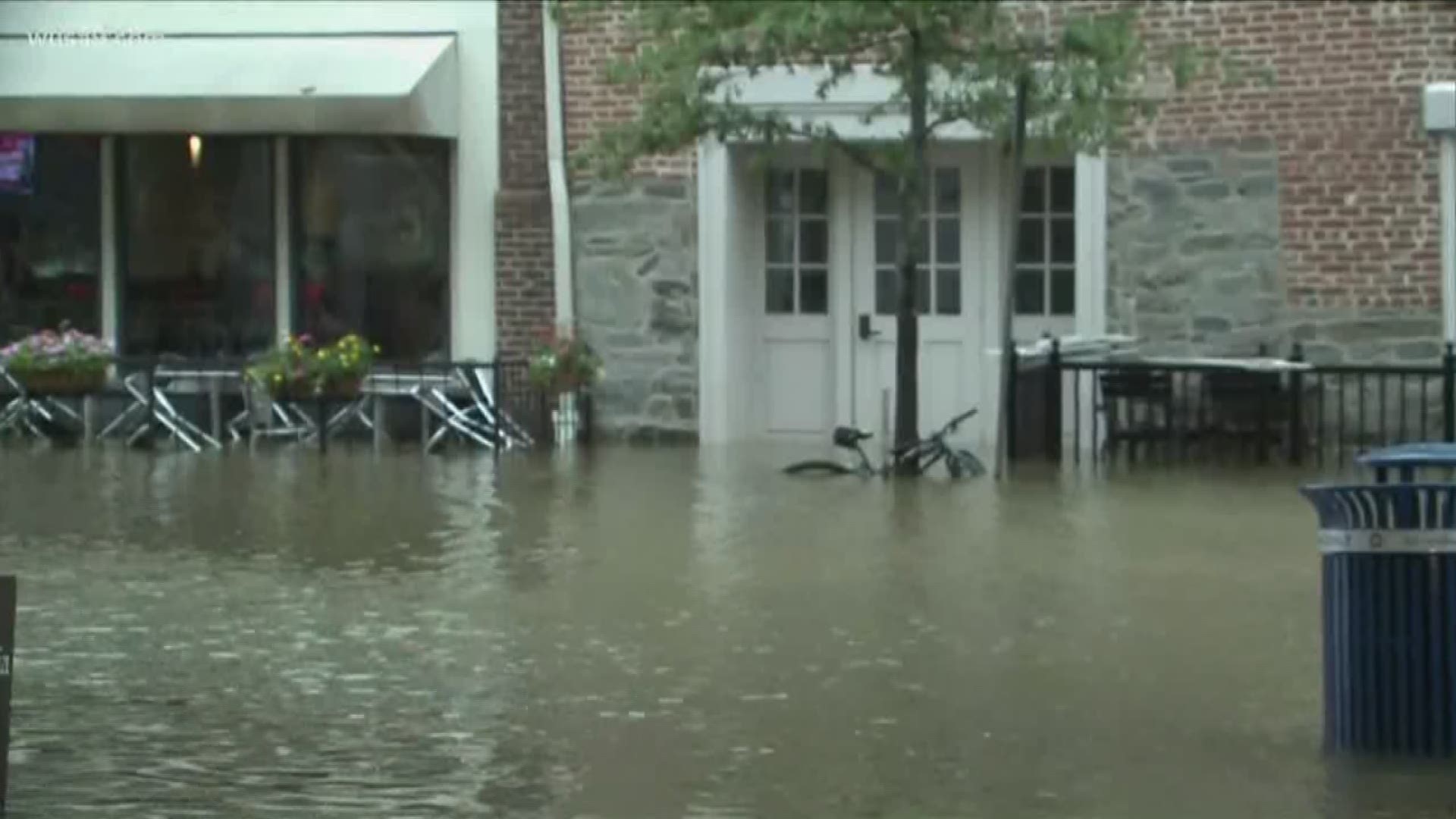 ALEXANDRIA, Va. – Alexandria firefighters rescued at least eight people on Sunday. Old Town Alexandria flooded after rain, heavy in some areas, came down across the DMV.

Police and Firefighters warned those watching not to stand in flood streets. Firefighters told WUSA 9 the flood waters popped-off the street’s manhole covers. They were concerned someone could get “sucked-in” if they stepped over an open manhole.

Video captured from King and Union Street shows several inches of water covering the street. As of 3 a.m. Monday, the flood waters receded from Old Town.

Several cars attempted to drive through the water.

It only takes 12 inches of fast moving water to float a car.

In addition to rain in the area, northeast winds in the past few days had pushed water up into the Potomac, creating conditions for flooding.

Employees from Alexandria's Mai Thai restaurant were seen racing to cover their doors with sandbags. It appeared too late. The Alexandria Fire Department escorted several employees out by foot. Employees from the corner Starbucks were rescued by boat. One employee appeared to be injured.

The flooding comes days before Hurricane Florence is expected to threaten the coast. North Carolina currently has the greatest risk of getting hit.

Ahead of the storm, Virginia has declared a state of emergency, allowing emergency-related preparations to begin.

On Sunday, the local Red Cross in Fairfax began preparations themselves and are asking people to begin stocking up on things they need, such as food, water and medications.