Parents sue high-rise after another child dies in fall from upper floor in Fairfax Co.

The parents of one of those children have filed suit against the owners and managers of buildings, accusing them of negligence and wrongful death. 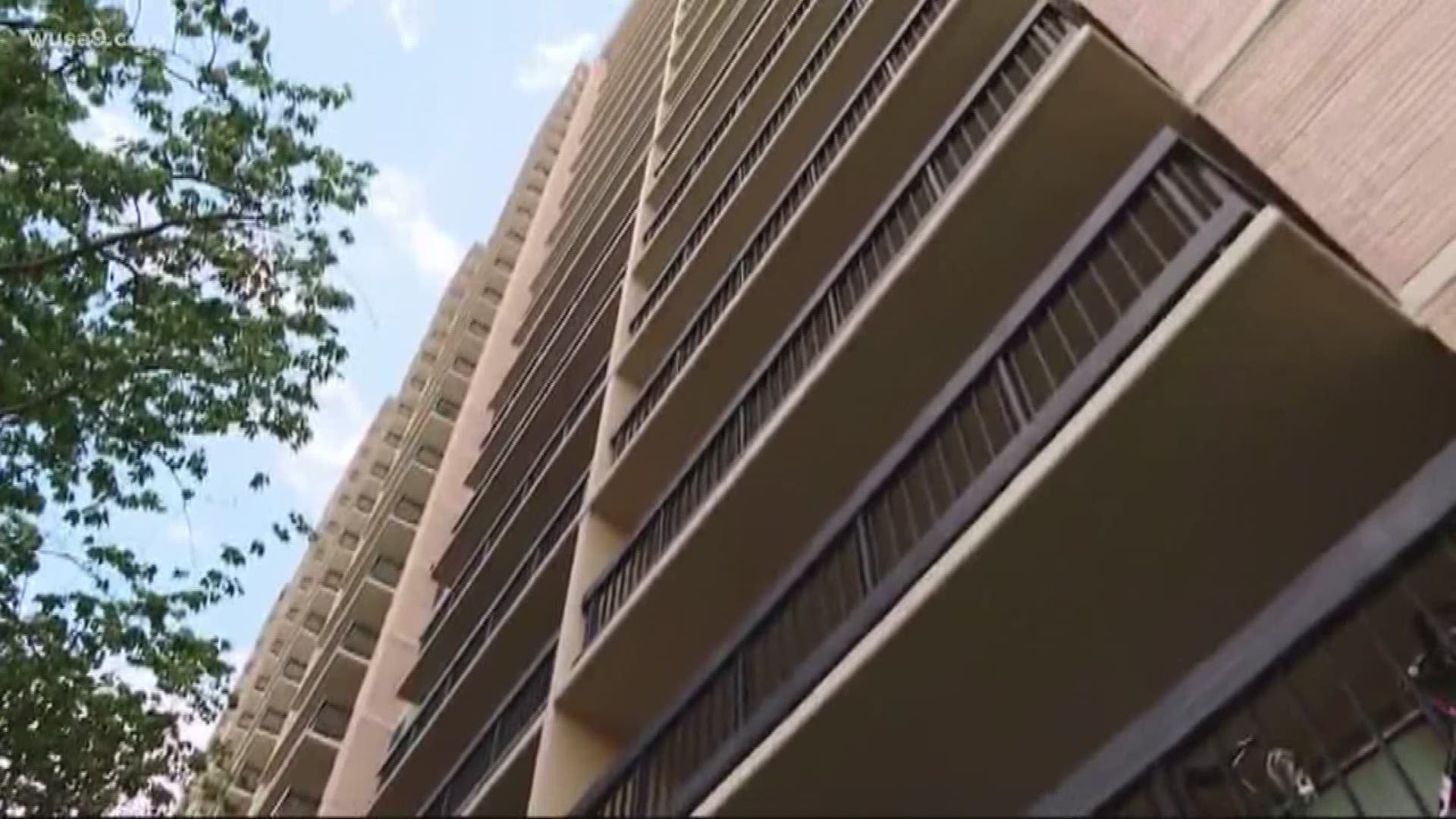 FAIRFAX CO., Va. -- There's a legacy of tragedy at a Falls Church high-rise apartment building. Two children have been killed and one hurt, all after falling from the Skyline Towers over the last three years.

The parents of one of those children have filed suit against the owners and managers of buildings, accusing them of negligence and wrongful death.

Fairfax County Police now say in the most recent death on Monday, an adult caregiver was with another child when a two year old went over the balcony on the twenty-fourth floor.

RELATED: Toddler dies after falling from a 24th floor balcony in Fairfax Co.

Parents are holding their children a little closer now at Skyline Towers, trying to understand how this could happen.

"I can't imagine falling, let alone falling from that kind of distance. And to be a little child, what goes through your mind when you're falling and no one can help you?" asked resident Mireille Tshitey, her voice breaking with emotion.

Less than three months ago, another child -- three year old Syed Noor Zaidi -- ran away from his grandmother, climbed onto an air conditioning unit, and fell through the screen of an open window, according to Kim Brooks-Rodney, a lawyer for Syed's parents.

She says three years before he died, another little girl also fell through a window screen on the fifth floor -- and somehow survived. Witnesses say a tree and some shrubs broke the three-year-old's fall.

Safety experts say screens are designed to keep insects out, not to keep children in.

Syed's parents say Skyline Towers needs to be doing much more to keep the children who live there safe.

"If they had warned after the 2015 fall, I don't think we'd be sitting here talking today about the death of my client's only son, three years old," said Brooks-Rodney.

You can actually buy the labels on Amazon, and some screen manufacturers install them when the make the screens.

Brian Foley, the top building official in Fairfax County, says the current building code limits the opening on any window within 18 inches of the floor open no more than four inches.

The current code also mandates that balcony railings be at least 42 inches high, with slats no more than four inches apart. But that code is not retroactive, and Skyline Towers was built in the 1970s.

A spokesman for the company that runs the building says its thoughts and prayers are with the family of the child that died yesterday. But Marty McKenna, a vice president with Equity Residential, declined to comment on the lawsuit filed in Syed's death.