$1M in cash found in middle of street by Virginia family

The Schantz family was driving in the car when they ran over some bags in the middle of the road. When they pulled over, they found a surprise of a lifetime inside. 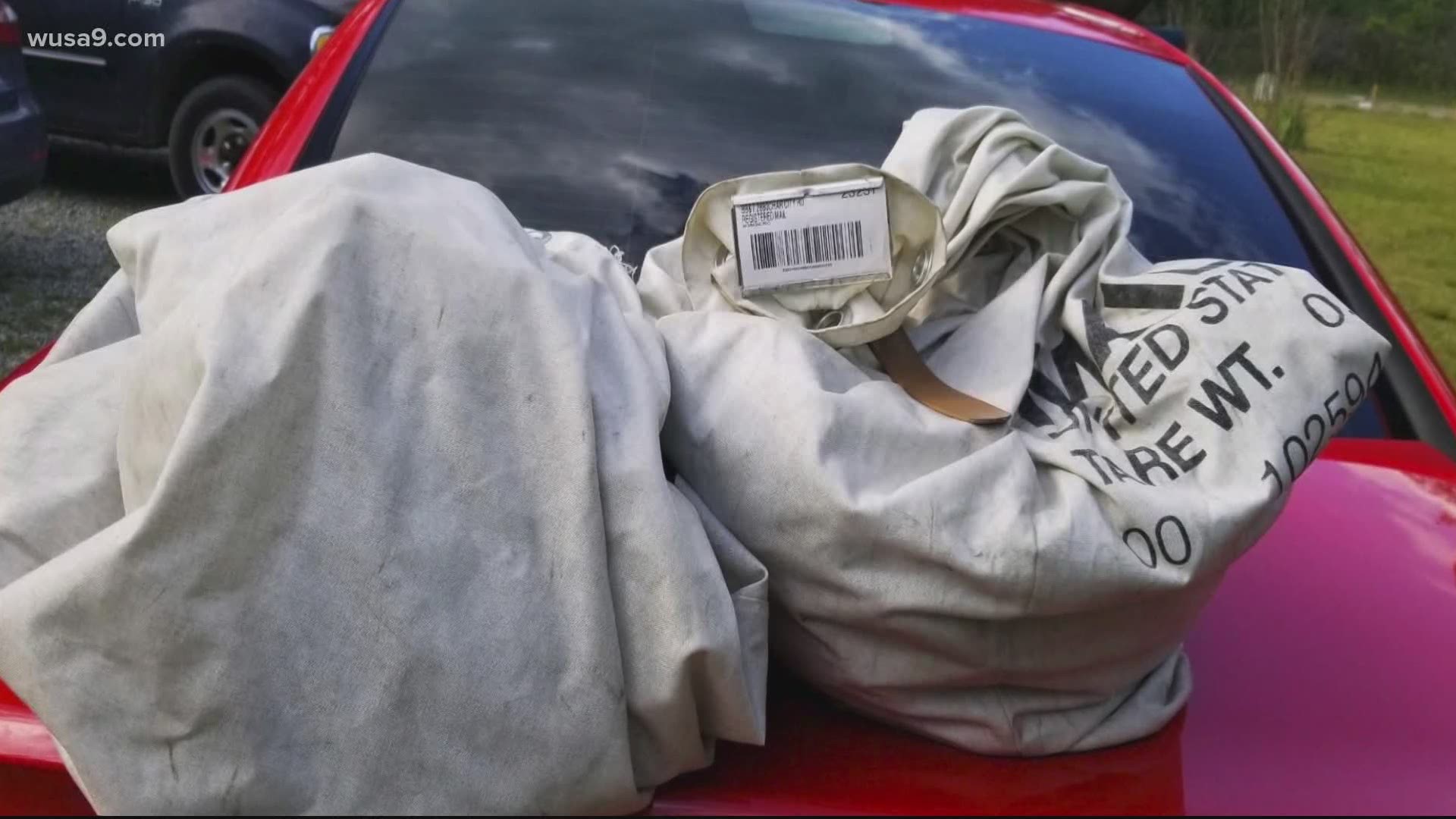 The Schantz family in Caroline County experienced just that on Saturday, discovering roughly one million dollars in cash after running over bags of bills during an afternoon drive.

Emily Schantz was driving with her family in a pickup truck when she noticed the car in front of her swerved to avoid something in the road, she told WTVR.

The truck hit the object, which turned out to be a large bag, prompting the Schantz's to pull over. They opened up the bag, finding stacks and stacks of plastic baggies with cash inside.

"Inside of the bag, there were plastic baggies and they were addressed with something that said ‘cash vault,’" Schantz said.

According to Emily, another bag was found about 15 feet away from where they originally hit the first. After realizing what was inside, the family called Caroline County deputies.

Deputies with Caroline County said those bags were heading to a bank and belonged to the U.S. Postal Service, but it's unclear how they fell out of the moving vehicle.

The deputy who was called to the scene, Scott Moser, told WTVR that he considered the act a moment of exceptional character.

"For someone so honest and willing to give that almost a million dollars back, it's exceptional on their part," Moser said. "Their two sons were there, so I put the lights on for them, but we are proud and they represented this county well by being so honest."