Pat Herrity has found a way to hold on to his seat on the Fairfax County Board of Supervisors, even as the rest of the county went blue. 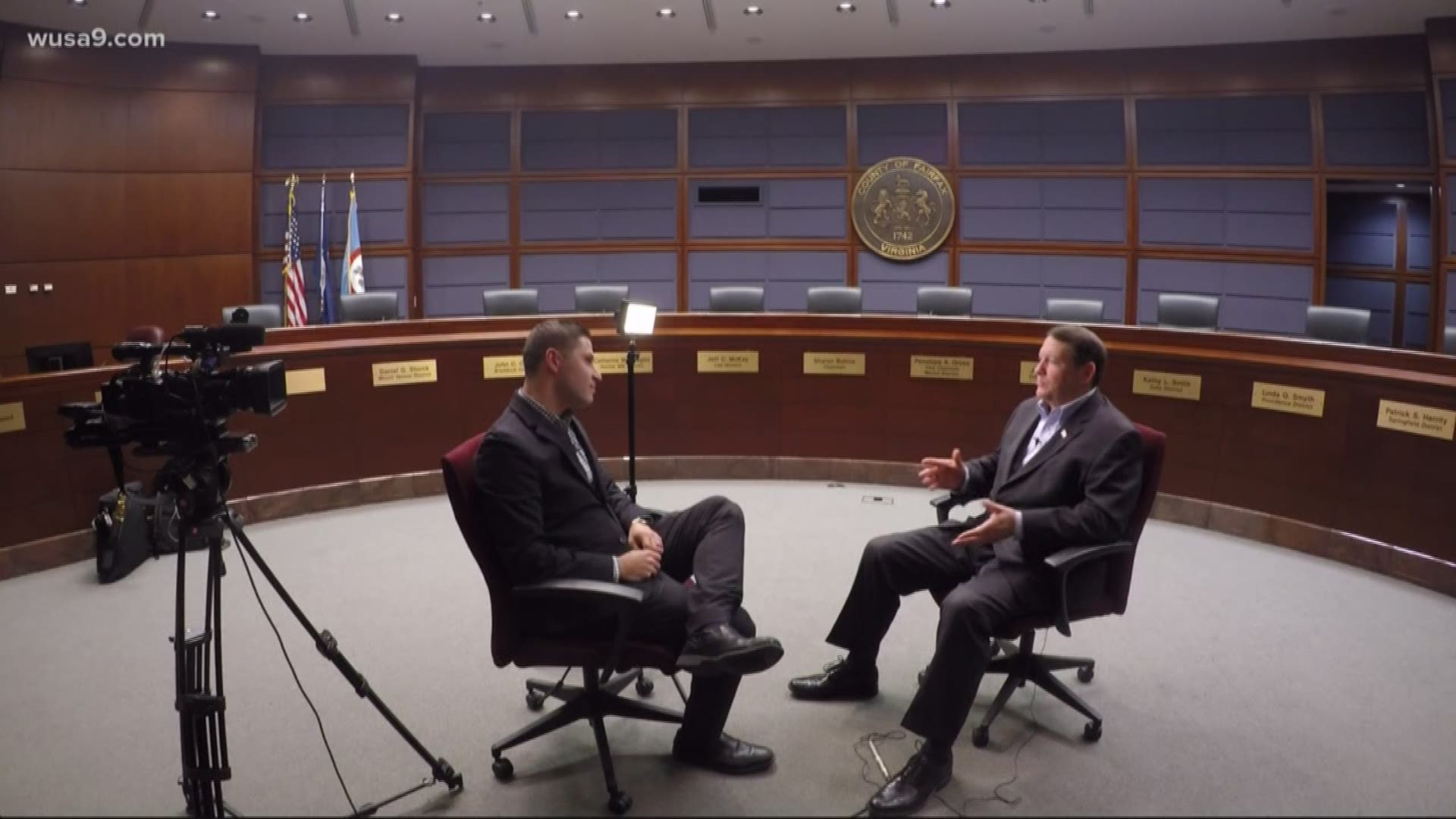 FAIRFAX COUNTY, Va. — No doubt, it’s a tough time to be a Republican lawmaker these days in Northern Virginia. Not only did the Democrats take majorities in both chambers of the General Assembly, but they also dominated in local races, leaving many Republican politicians out of a job.

In Fairfax County, Board Supervisor Pat Herrity is the only one who was able to hold on.

"I think politics is a series of pendulum swings," Herrity said.

Herrity, who has served on the Fairfax County Board of Supervisors since 2008, is used to being in the minority. The board used to be split 8-2, with Democrats in the majority, but in the last election, Democrats were able to flip the seat previously held by Republican John C. Cook.

The Fairfax County School Board moved in a similar direction, as Democrats were able to take two additional seats, bringing their majority to 12-0. The school board is completely blue. In the General Assembly, there’s now not a single Republican representing Northern Virginia.

RELATED: Republicans holding together in wake of impeachment testimony

Credit: Evan Koslof
Herrity spoke with numerous Republicans who said they would not vote for the GOP until Pres. Trump was out of office.

Herrity believed the “Trump Effect” was on full display.

“Clearly D.C. and across the river had a huge impact on this race,” he said.

In fact, Herrity said that he spoke with many long-time Republican voters, who told him that they would not vote for a single Republican until President Trump was out of office.

"Whether you agree with that or disagree," Herrity said."There were a certain number of voters that felt that way."

Credit: Pat Herrity
Pat's father, Jack Herrity, served on the Fairfax County Board of Supervisors for 16 years in Democrat and Republican majorities

But Herrity said he was hopeful that this pendulum will swing back one day in the future. He said all you need to do is look at the career of his father, who also served on the board.

Jack Herrity served on the board for 16 years, and at times he was the only Republican. At other times, the GOP had a majority.

"It’s so important and so critical I believe that we have balance in politics," Herrity said. "Because no one side has the answer to everything."