Large Confederate flag along I-95 draws criticism once again

Located between Richmond and D.C., the flag is visible to both south and northbound traffic on the heavily traveled interstate. 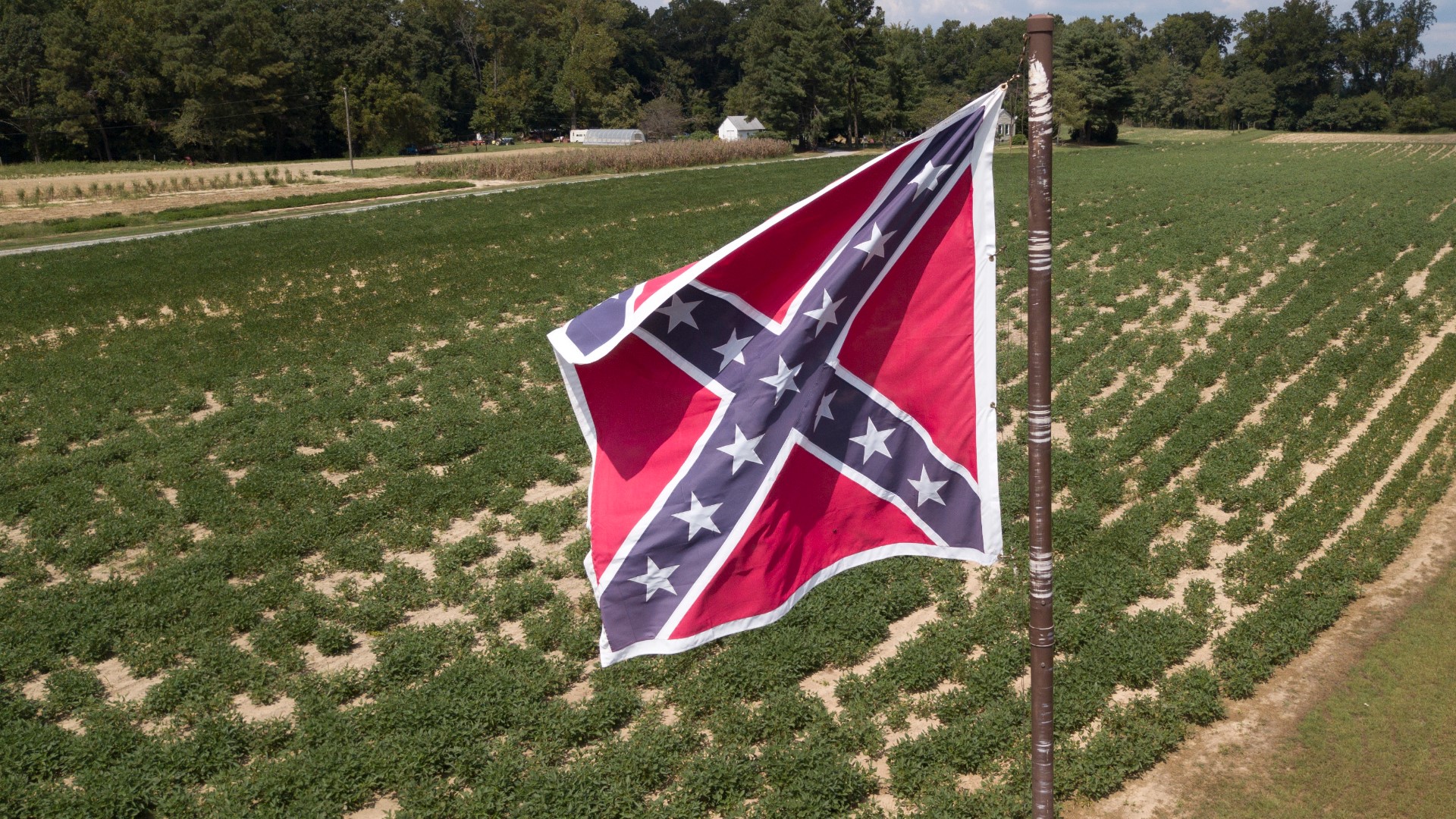 FALMOUTH, Va. — A Confederate flag that hangs from an 80-foot pole along I-95 in Virginia is once again drawing the ire of some local residents.

The Free Lance-Star reported Saturday that residents spoke out against the flag at a recent Board of Supervisors meeting in Stafford County. They said the flag evokes racism and is similar to a Nazi symbol.

The latest criticism of the flag follows the death of George Floyd, a Black man who died in police custody in Minneapolis. But the flag has been criticized since it first went up in the town of Falmouth in 2014.

Located between Richmond and Washington, D.C., the flag is visible to both south and northbound traffic on the heavily traveled interstate.

The renewed focus on the removal of a Confederate flag in Stafford County stems from the death of George Floyd on May 25 at the hands of the Minneapolis police department. https://t.co/CbBQK3SQRL

The flag is on private property. And in 2017, the county’s attorney said the county could not legally require the flag’s removal because it did not violate the county’s zoning ordinance.

The flag is maintained by a group called Virginia Flaggers. Its members did not respond to the newspaper’s requests for comment.

State Del. Joshua Cole, a Democrat, said he’s received numerous calls about the flag. He said he’s sending a letter to Virginia Attorney General Mark Herring to ask what can be done.

“If there’s nothing we can do, we can create some legislation,” he said.